[I thought this book sounded really interesting. And the author is giving away a $75 gift certificate as part of her blog tour! ~ Lisabet] 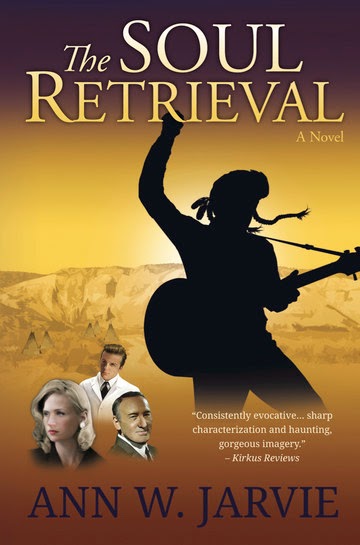 Inspired by a true story, The Soul Retrieval is a suspenseful tale of love, loss and healing which follows traumatized southern beauty Henrietta Clayborn as she moves between her home in a small South Carolina town and the New Mexico Native American reservation whose spontaneous healings keep drawing her physician husband back. Tortured by her awful secrets, Henrietta struggles to thrive in either locale, but it is her unlikely friendship with Joe Loco––an eccentric Native American mystic with an Elvis fetish and a gift for healing––that shows her the way to be whole again.

Set in the late 1950s, The Soul Retrieval is richly woven with spiritual insights but also deadly secrets, forbidden healings, a murder mystery, stunning scenery and an unforgettable cast of characters.

A story of transcendent and inspiring power that is both entertaining and enlightening, readers will be cheering for the uptight woman from South Carolina to push through her fears of the forbidden as she searches for truth and healing, faces great obstacles on the frontier of self and ultimately becomes more than she ever thought possible.

“It’s just as Bear foretold,” the Apache said. He closed his eyes and moved his hands in small circles with palms out. “The fire’s burning, but no one’s home in your teepee.”

“You don’t feel like yourself, you’re feeling vacant and disconnected, like something’s missing.” Joe spoke as he opened his eyes.

She gaped at him in stunned silence before whispering: “How … why would you say something like that?” Henrietta’s heart thumped in her chest as she nervously glanced toward the living room. Her husband was still talking on the phone.

“Your soul speaks volumes through your eyes.”

“You see something in my eyes?” And she rubbed them again with her handkerchief.

“I see what was there, what should be there, but is not now.”

“Don’t be silly. I’m fine. My eyes were just watering, that’s all.” She winced, knowing that it wasn’t true, hating that she’d become such a liar.

“It’s okay, I’m here to help,” Joe said. He placed his folded hands on the table after sitting down.

His smile and disarming empathy surprised Henrietta, but she wasn’t going to be moved by what seemed like a sweet and insightful gesture. Joe Loco was absolutely the last person in the world she’d choose to confide in.

“Don’t worry. It’s obvious your soul has fragmented and is in need of repair,” Joe said with a calm certainty, as if it was an everyday matter to be dealt with.

“What?” Henrietta put her hands down and stared into space, bewildered by his words. In the quietude, the sizzle of the frying eggs and bacon filled the room like a choir of rattlers. My soul has what? When she looked again at Joe, planning to demand exactly what he meant, his eyes were closed, and he was whispering and holding his palms up as though in prayer.

So she placed the cooked food on a plate, poured a glass of milk and put both down in front of him. He opened his eyes and smiled up at her.

“That’s one of the strangest things I’ve ever heard—a soul fragmenting,” she said. “How would something like that even be possible?”

“It can happen when we believe or experience something bad we don’t want to face.” He took a bite of eggs and grits, closing his eyes again to savor the combination. “Oh, this is yum-yum,” he said.

When he looked up, it was Henrietta who was staring.

“The good news is that lost soul fragments can be recovered and healed. It’s not hard, if you know how, if you know the secret,” Joe said.

“Are you saying you know how to do that? That you know the secret?”

“The Great Spirit works hitherto and I work.”

She crossed her arms. “So what are you, some kind of soul repairman?”

Ann W. Jarvie has a B.A. in journalism and more than twenty-five years’ experience as an award-winning writer in advertising and public relations agencies, both in South Carolina and Chicago. She now lives near Phoenix, Arizona, where she spends part of her time as a freelance copywriter and the rest writing fiction.

The Soul Retrieval was inspired by Jarvie’s maternal grandmother’s fascinating life on Indian reservations, where she lived with her physician husband until his mysterious and untimely death. 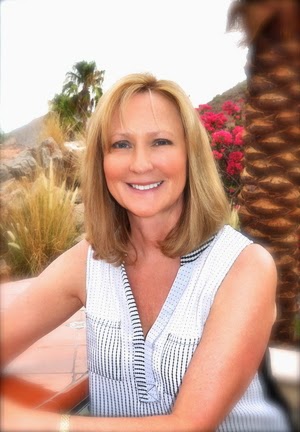 Enter Ann's giveaway at the other sites on her tour, and increase your chances of winning!

Good luck with the release. It sounds very different.

Really enjoyed the excerpt! I think the book will be even more enjoyable for me since it is based on a true story! Thanks for sharing!

This sounds like an interesting and unique story. Are there any other genres you are interested in writing?

Thanks for your question. Yes, the sequel to The Soul Retrieval will fall more into the Mystery Thriller category.

It's my pleasure! Please check out my Amazon book page:

An eccentric Native American mystic with an Elvis fetish and a gift for healing... I love this! What a nice blend of characters you have. They all sound fascinating. Many happy sales to you.

What was the hardest part of writing this book? It sounds really interesting.

Thanks, Naomi! I'm excited and grateful to be on this literary journey.

Hi Sherry, thanks for your question. Every part of writing a novel has its challenges and rewards. But probably the hardest part of writing this book was the beginning. It took me a long while and many revisions to be satisfied with it. But, I think it sings now. I hope you'll think so, too.

I am always looking for new authors to read. This book sounds like the kind I really enjoy reading.
jwisley8@me.com

Thanks, Joye! I'd like to invite you and all the readers here to take a “Look Inside” The Soul Retrieval on Amazon and download a FREE Kindle e-book edition (Free Promo ends today)!

I think soul repairman would be a viable job these days!

Hi Trix! Great comment. Yes, I agree. We could probably all use the number of a good soul repairman. :)

Thanks, Debbie! I hope you enjoy it. Be sure to check out The Soul Retrieval on Amazon and download a FREE Kindle e-book edition (Free Promo ends today)!

I love this cover & storyline.

“So what are you, some kind of soul repairman?” This is a great line and the story line is very unique. My grandmother grew up on a reservation but she never would talk about what it was like. Added to my ever growing wish list.

What a fascinating story. I just followed the link you provided and downloaded it. It is now on my TBR list.

Thank you for the excerpt. It looks like a bit of an emotional read.

congrats to Ann on the new release! Thanks for sharing :)

Thanks everyone for the comments! I'm happy to report that the FREE Kindle e-book promotion for The Soul Retrieval: A Novel went so well yesterday, we've decided to extend it for one more day. No fooling! So if you didn't get your copy already, now's your last chance to get the e-book for FREE! Offer ends today! Here's the link:

Definitely going to do that :)