New Release! The Witches of Gloucester

Witches is a long short story (about forty pages) that I originally wrote for my F/F collection coming out next month. However, LadyLit thought it would be better to publish it separately. And I never argue with my publisher. ;^)

You’ll find the blurb and an X-rated excerpt below. I’ll have a kiss excerpt and a contest on Sunday. 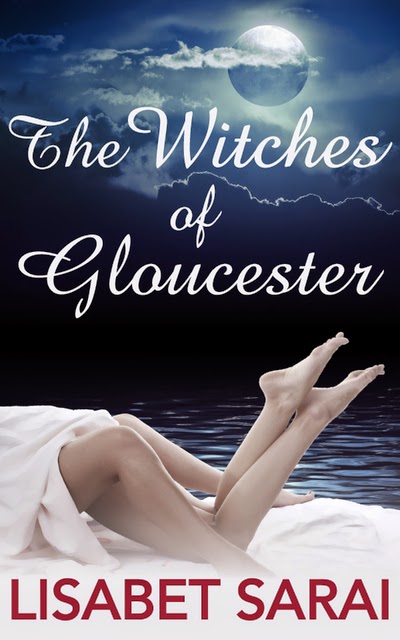 “Young. Ethereal. Full of light. Wait, I’ll show you.” The witch padded on bare feet over to the wooden sea chest across the room to pull out a length of navy blue cloth printed with yellow-gold stars. She spread it over the braided rug that took up most of the floor. “Come. Sit with me.”

While Marguerite settled herself cross-legged upon the starry throw, Beryl retrieved a half-melted sapphire-blue candle from a shelf above the bed. She arranged it upon the cloth between them, then passed her cupped palm over the charred wick. “Illumine,” she declaimed.

The candle spontaneously ignited. At the same time, the afternoon dimmed. Sudden dusk descended. The blue-edged flame glowed, but did not dispel the gathered shadows.

“Look into the fire,” Beryl instructed.

Marguerite tended to use crystals or mirrors for divination. It took a few moments for her to discern the forms moving in the flickering brightness. As she focused her attention, the image grew more distinct.

A diminutive young woman even paler than Beryl sat reading at an old dinette table. Straight silver-blond hair cascaded down her back, almost to her waist. Her black tank top showed off a surprisingly deep cleavage for someone with such a petite frame, while her brief shorts clung to what looked like a heart-shaped ass.

Posted by Lisabet Sarai at 1:45 AM

Congratulations! It's a wonderful story and we're so so glad to have you on board at Ladylit!