Re-Dress to De-Stress: Relaxing In the Off Hours

It doesn’t really matter what kind of job you have, when it comes to de-stressing, everyone needs something. Whether you look at a screen all day, like me, or your j.o.b. is tending to your home and family, or even if you hammer nails for a living, everyone needs a little time off. People often ask me how I manage a full-time job outside the home and a second full-time job as an author.

For me, the answer comes in the form of “old things.” It doesn’t really matter what the “old things” are, but my wife, Becky, will tell you that it’s mostly furniture, for which there is very little room left in our house. It’s three stories, but I’ve managed to fill it to capacity!

My favorite piece is an amazing chest we found at a yard sale. We arrived at the yard sale sans cash, having just been to a near-by estate sale that accepted debit cards. We decided to see what might be available and if needed we would head to a bank. Tucked inside the garage (most of the items had been moved into the driveway) Becky and I spied a tired and worn Bombe chest. It was in rough shape, but the structure was sound and the original marble top was gorgeous. The veneer, on the other hand, was beyond repair. 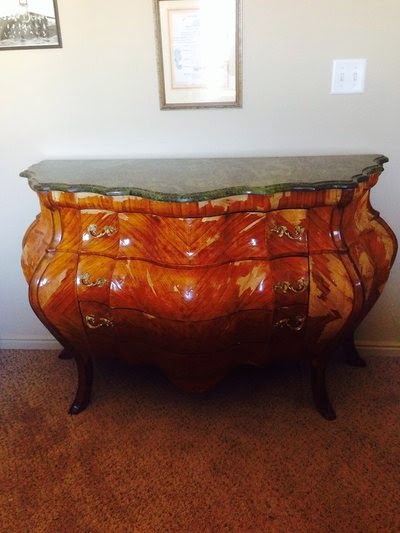 I picked at the warped and peeling veneer, sighed like I didn’t much care for it one way or another and asked, “So... what are you thinking?”

One month, a quart of green paint, and three packages of sand paper later, and we added this beautiful piece to our office. 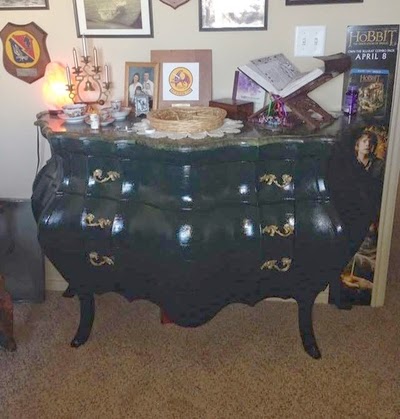 Since then, we’ve picked up a dilapidated end table from a thrift store. We’re covering this one with a few coats of chalky turquoise before distressing it and placing it on our front porch. After all, there isn’t much room left in the house.

I inherited my love of all things old from my mother. When I was three, she purchased a beautiful antique bed and dresser. They didn’t match, but they were from the same era. This bedroom set makes an appearance in Loving the Heartland, my newest release. In the book, the bedroom set occupies the guest room where Michelle stays while visiting The Heartland Ranch. The fictional version belonged to Kendra Williams’ grandmother. The real set is still with us, taking up a great deal of space in our master bedroom suite. I’ve included an excerpt from Loving the Heartland when Michelle arrives at the ranch and begins to make herself at home. I hope you enjoy it!

Kendra Williams has been the sole caretaker of her four younger siblings since their parents were killed in an alcohol-related airplane crash when she was only twenty years old. She has worked her entire adult life, sacrificing her dreams and her chance at love, to keep her family together and to keep their family cattle ranch safe for future generations.

Someone doesn't want that to happen.

Michelle Loving has made a successful career out of telling the American public what to think and what they should care about. She is hired to create an image of historical significance for the century-old cattle ranch, but finds herself in over her head. Not only is someone gunning for the ranch, but when it comes to loving the rustic, controlling, beautiful woman in charge of the Heartland, Michelle is shooting in the dark.

Two women...
One impossible task...
A love that will not be silent.

Loving the Heartland by Marjorie Jones is a TOP 10 Best Seller in Lesbian Romance and Lesbian Fiction in the US, UK and Australia. In the US and the UK, Loving the Heartland has reached the Top 10 and been classified as a Hot New Release in both markets.

Once inside her room, she looked out the window. Kendra pushed through the barn door with a coil of rope thrown over her shoulder. Her lips curled in an absent-minded grimace as she looked up at the sun, as though she were judging the time the same way cowboys did in the old days. She shrugged the heavy ropes higher onto her broad shoulder and swaggered to the corral.

Kendra moved like the earth belonged to her; proud and strong. Like nothing in the world could touch her. When she reached the fence, she climbed onto the bottom rung and draped the ropes over the post. Removing her cowboy hat to reveal short-cropped brown hair styled very much like her brother’s, Kendra wiped her brow with the back of one sleeve.

She was exactly the rough and butch kind of woman that attracted Michelle Loving almost exclusively. There was something about a good woman in touch with her masculine side that made Michelle swoon like some femme character in a romance novel. The strength and assurance… The capable attitude and dominating presence… it all came together to make Michelle’s knees weak and that secret place between her legs melt like a river of sweet butter.

Kendra shoved her hat back on and whistled sharply. A large horse prancing on the other side of the enclosure whipped its head in her direction.

Even the animals seemed to recognize her power...

The horse hurried to stand in front of Kendra. She removed an oversized leather glove and stroked the animal’s neck. The horse bobbed its head lower to grant her access, and then nudged her with its muzzle.

Michelle fell onto the bed. So what if Kendra had seen her staring? She was probably as arrogant as any man and would expect her to ogle, right? Michelle had more important things to think about than the curve of Kendra William’s ass in faded denim, or the way her eyes danced when she looked in her direction, or the little muscle in her jaw that had pulsed ferociously as she’d confronted that man in the front yard.

The man in the yard… Who was he? Her forehead creased as she glanced toward the window. She would not look outside, again. She wouldn’t. She forced her attention back to the matter at hand. That man had to have something to do with the reason she was here. Perhaps he was Mason, himself? Whoever he was, Kendra and her brothers had no love for him.

Groaning, she pushed herself off the bed.

She glanced out the window again. Kendra was gone, and so was the horse.

Well, Michelle-girl. You sure know how to pick ‘em. You’ve landed yourself right in the middle of a war – complete with a denim-covered cowboi to save the day. Good job.

Pushing aside her own self-directed sarcasm, she changed her clothes and finished unpacking. Most of the furnishings she’d seen so far were antique, but the bedroom suite took her breath away as soon as she’d seen it. A huge bed, intricately carved with a full head and foot board carved from a dark, aged wood took up most of the space. A marble topped dresser with an enormous beveled-glass mirror sat against one wall. A pitcher and bowl set, a silver brush and matching comb with a matching picture frame shimmered on the surface. She fingered the frame and smiled at the black-and-white photo of a young woman, probably Lacey’s grandmother.

She closed the empty suitcase and carried it to the closet. When she turned around, she met a wall of a man and screamed.

“Easy, babe.” Casey laughed as he caught her shoulders to steady her.

“Good Lord, Casey. Make some noise, why don’t you?” One hand moved to her chest as if she could return the erratic beats of her heart to normal.

“But your tax dollars worked so hard to make me stealthy!”

To thank Lisabet for allowing me to contribute to her blog, and for all of you for putting up with my musings, Loving the Heartland has been reduced in price by half! The Kindle Countdown Deal starts today, reduced from $5.99 to 3.99 for 1 day only! Tomorrow, it will go up to $4.99, and then back to regular price.

You can find more titles by Marjorie Jones by visiting her Amazon Page or her website at http://www.marjoriejones.info

She writes both straight and LGBT romances, and her first LesLit novel, Gods of Summer, is scheduled to be released in February 2015. 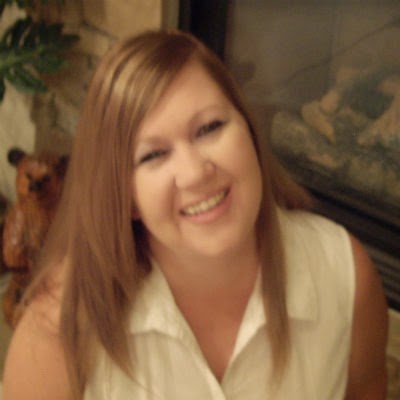 The chest turned out beautifully... what some time and effort can do!

Thanks Colleen. We love it! I should have taken a picture of the interior of the drawers. They are surprisingly immaculate. And another tidbit: Even though the veneer was damaged beyond repair, a little piece of my heart broke with every strip I pulled off. Until I found ball-point pen markings underneath. Someone had already refinished it and I was not removing the original veneer! *whew*

Thanks so much Lisabet, for having me on your blog! It's my very first guest blogging spot, and I'm thrilled I got to spend it here! ((Hugs))

I'd never know this was your first guest post. It's great. Love the photos!

Good luck with your writing and thanks for letting me pop your blog cherry!

LOL! Thanks so much! Was it good for you? (sorry, I simply could not resist.) :o