I turned sixty-five on Jan 8th. Three years ago, I started a new career in a field I never imagined I would be in back in my twenties—writing fiction—erotic romance to be precise.

I have been enchanted by female allure since the first time I started feeling that urge from down below at the site of a naked woman—over a half century ago. I never imagined I'd be writing about it though. I come from a very sexually repressed background. I grew up believing that erotica was dirty, sinful, mind and soul destroying trash. Fifty years and Fifty Shades later I became aware of how many women, including my mother, were going straight to hell for reading it. Or were they? I don't believe that any more. One gift of reaching your sixties is you start throwing off taboos like so much dead skin.

Unlike many of my fellow authors, I didn't grow up with a life-long love of words. In fact, I was terrible at reading and writing. Growing up, I rarely read fiction for entertainment. I started writing fiction at age sixty-two. The only fiction I wrote before then was the marketing reports I prepared for my bosses during my tenuous white collar career.

I came into writing by accident, during my white-collar years, learning the craft on the fly through composing business letters, proposals and reports. A mentor told me one way to stand out in a professional career is to speak and write. I am a natural at public speaking. I guess it's like the gift many writers have for writing.

From a young age I could stand up in front of a group and carry off clear and entertaining presentations. Thanks to the now nearly obsolete tool of the dictation machine, I found a writing voice. Having a secretary to transcribe for me hid my complete inability to spell and punctuate correctly. (Suzie, where are you now?) I wrote many articles for business and professional magazines.

As time passed, the visibility I earned from speaking and writing fostered aspirations of writing longer non-fiction works. After I became an at-home dad, I set out to be a male version of Erma Bombeck. That dream died under a pile of dirty laundry. I didn't have Erma's constitution. She rose early and wrote while her children slept. Mine never slept at the same time. I did most of my parenting under advance stages of sleep deprivation—not a condition conductive to creativity.

My forties turned to fifties and then sixties. I passed from a man at the threshold of middle age to a man on the threshold of oblivion. In the wake of my mothers passing in April of 2012, I spent a long time alone at her beach house. While walking the beach every day, my head started filling with ideas for stories. Eventually, I had one of those epiphanies, realizing that if I didn't act on some of my dreams, there wasn't going to be anything for anyone to remember at my wake.

I broke through my taboos about writing erotica, but assumed a pen name knowing that family, friends and associates would drop dead in horror if they knew of my interests. I'm not ashamed of my new profession. I simply don't have the energy to argue with them, but I don't want to blatantly offend them either. I'm still in the closet and intend to stay here. My intention is to have poster sized reproductions of the tawdry covers from my books on display at my wake. That'll give them something to talk about.

I came into fiction with the advice to write the story I wanted to hear, the way I wanted to hear it. That's what I'm trying to do. I am targeting a male audience, who like me, have grown up with distorted notions of manhood and what it takes to win and please a woman. I am trying to show, through stories, that you don't have to be rich, famous, distant, abusive or even sexually polished to make it with women. My male characters are typically ordinary guys who are genuine, but often a bit clueless about sex. I have a lot of fun writing about them because I'm really writing about my own foibles. (Oh there's a surprise!)

I dislike the terms we use to describe ourselves as writers of erotica, primarily the terms, 'smut', 'porn' and 'stroke' . I like to say I write stories about human sexuality from a male perspective, where an ordinary guy struggles with the conflict between love and lust, where lust is stronger. Through my stories, I want men to know that an ordinary guy can find true love. You just have to be genuine, and if you'll open your heart, you'll find a woman who will teach you what you need to know to please her sexually. That's my story, but I had it wrong for most of my life. My stories are deliberately short. Like many men, I have the attention span of a fly.

I led men's spiritual development groups for years and I can tell you men's hearts ache for the blessing of their fathers and the appreciation of their wives. Often, they don't get either, and they don't know how to deal with it. Stories is how we learn about what we can't articulate. What is the Bible if not stories about how to navigate the journey though life?

I believe our brains are hard wired to acquire, retain and transmit knowledge through the power of story. I am hoping though stories, I might lead other men on to the path of sexual healing I have found. 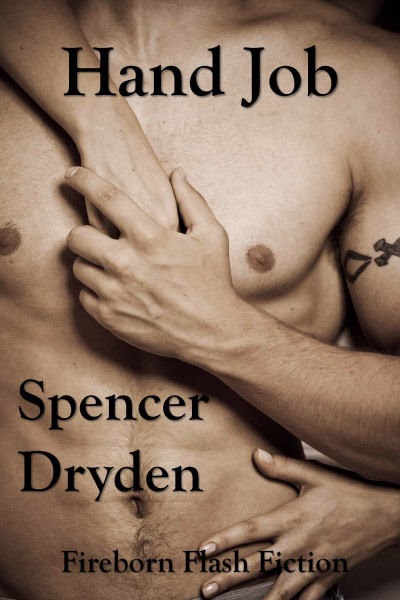 His dreams begin to materialize when Jodie offers him a quick palm reading, hinting at sex with her. She invites Jack to her boutique for a more complete session. Her reading predicts Jack's artisan hands will be pleasing to a woman. Their session interrupted, she invites him to her house that evening for further revelation.

Uncertain of Jodie's intentions, but drawn by her allure, Jack goes to her house expecting additional interpretation in exchange for handyman work. What he receives is far more than he bargained for.

"You have such interesting hands," Jodie said, as she wiped my table. "You should let me do a palm reading sometime."

Her comment caught me by surprise, but her pale blue eyes drew me in, as they always did.

"What would that tell me?" I struggled to hold back the sarcasm.

"A lot about your future," she said, whisking my doughnut crumbs away.

"I could use some good news right now." I turned my palm up toward her.

"Not here," she said. "Come to my shop. I do readings on Saturdays."

"You have a life outside this coffee shop?"

"I do. This job earns me money while I build up my practice."

She reached into the back pocket of her tight fitting, low slung jeans, and produced a rumpled card.

"I guess I can relate," I said. "Handyman work supports my writing jones." I pointed to the tablet holding my latest scrawling. "But I thought gypsies were supposed to have dark eyes, black hair and..." I choked on the words.

"And big breasts," she said, turning her nearly flat chest toward me. "All that's true, but I've been trained by the best."

"Well, can you give me a little sample?" I asked, teasing, stretching my hand further in her direction.

She put down the dishrag, took my fingers, and traced a line in the center of my palm with her fingernail. It sent sparks through my body, directly to my groin. She broke into a lusty grin, her eyes dilated.

She leaned down to my ear and melted me with her hot, whispering breath. "You have a big cock and it's going to make someone happy, soon."

She turned abruptly and headed back to the counter area. I could only imagine how stupid I looked. The heat of my embarrassment turned my face into a red bulb. It was quickly replaced by the surge of lust I felt whenever I watched her walking away, her firm ass rippling atop her long, slender legs. How often I imagined those legs wrapped around me. I looked at my palm in disbelief.

How is it that women can say such outrageous things and get away with them? In my stories, I felt perfectly comfortable having my male characters say outrageous things to get a woman's attention. But I write fantasy

Spencer Dryden is a new to writing fiction but an old guy on the threshold of draining any reserves left in Medicare and Social Security.

In real life he is a handyman, an at-home dad, inventor, and web videographer living a quiet life in the frozen tundra of Minnesota (USA).

He earned an MBA from a prestigious Midwestern university but is so far behind on the career earnings scale of his peers that the university has offered to refund his tuition if he will return his diploma and disavow his affiliation, lest he continue to denigrate the school's impeccable brand.

He has a beautiful trophy wife ready to spend his royalties. Like all good romance writers he has a cat but prefers to pet his wife. 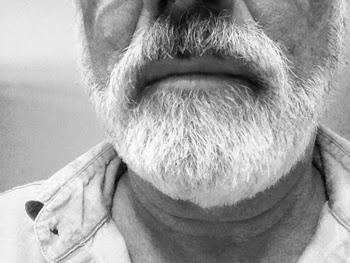 Welcome back to Beyond Romance, and congratulations on the release of Hand Job. It sounds like another winner!

Thank you, Lisabet. I wrote most of this at the coffee shop.

Hit the send button too soon. By male centric I mean the point of view here and in many of my stories is from the male main character. The only way we learn about what the woman is thinking or feeling is in dialogue and action. It makes the women a wonderful mystery, especially to a slightly clueless guy.

The coffee shop is a great place to observe people and to write. Look at where JK RowlIng wrote. I actually visited The Elephant House when I was in Edinburgh last May.
Best of luck on your new career. Hand Job sounds like a good read.