Today, I’m honored to be a guest of the sultry and eloquent Lisabet. I only hope that what I have to say is deserving of this spot. Today I reflected on the whole notion of taboos and I was thinking that it is a writer’s duty to tackle them. What are taboos?

These are things that are forbidden. We aren’t supposed to utter them, yet they exist and because we are not allowed to talk about them, they shall always exist in darkness.

Taboos find power in silence. You don’t talk about them because to mention them would take away someone else’s power. Whether it’s the blue code of silence, the disapproval of union workers to let their bosses critique their productivity, the inability of a subordinate to critique his boss or the threat of an abuser not to tell anyone else, silence protects someone else’s power.

Sometimes a taboo is the elephant in the room no one is allowed to acknowledge. Other times, it is a turn on that can’t be mentioned lest it incites us to discover our passions. And we all know what society thinks of unbridled and uncontrollable passion. Lord forbid, a piece of writing or work of art uncovers a deep part of the psyche that makes us dream, makes us desire or drives us to act. The last thing our captors want is for us be moved by something. Best we not mention anything that takes us out of our conditioned, mundane world.

Tackling taboos is the greatest purpose of reading and writing. We must always bring out what is hidden and expose the truth, the lies, or even the great depths of our imagination. There is something enslaving about a culture that thrives on silence, that preaches political correctness and puts boundaries on how and what is to be said. Such a culture is one that wants us to be robots and can’t accept that we are who we are.

Bene Brown said,“Courage is a heart word. The root of the word courage is cor - the Latin word for heart. In one of its earliest forms, the word courage meant "To speak one's mind by telling all one's heart." Over time, this definition has changed, and today, we typically associate courage with heroic and brave deeds. But in my opinion, this definition fails to recognize the inner strength and level of commitment required for us to actually speak honestly and openly about who we are and about our experiences -- good and bad. Speaking from our hearts is what I think of as "ordinary courage.”

According to the dictionary of etymology, the word was initially used in Middle English for “’what is one’s mind or thoughts, hence ‘bravery, but also ‘wrath, pride, confidence, lustiness,’ or any sort of inclination.”

When we tackle taboos we are freeing our readers from isolation. We are letting them see the light, allowing them to be themselves and giving them the “courage” to tell their own story, in any way they see fit so keep writing and reading whatever compels you.

Linda is a calculating, career-driven woman whose perfect world is shattered when she is seduced and transformed by a vampire-like creature called a nymphomite. Linda becomes a beast, feeding off the energy of orgasmically-charged blood. Convinced that her humanity has faded away, Linda adapts to her new instincts of hunger and sex. She hunts women primarily, for their longer and more frequent orgasms, and becomes a master of prolonging and intensifying their pleasure. But she never expected to find a woman like Jesse, and Linda's decision to spare her life instead of feed off her leads to a shocking turn of events that will make Linda question her beast-like identity and the humanity she thought she had lost. 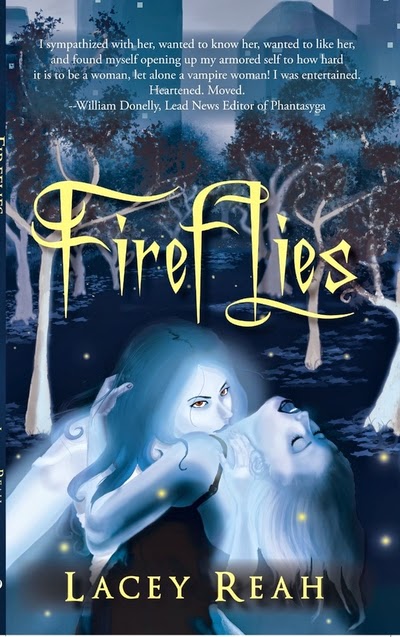 Not that I am dissatisfied at all with my love life. Pierre is the quintessential Latin lover. He’s funny and smart and interesting and thoughtful and romantic. He has the best body. Sure, he has the usual bulging biceps and toned chest that we expect in a good-looking male, all due to fifteen years of playing soccer nonstop since he was five years old. He has a uniquely well shaped ass that cannot be compared to any other. He has a thick penis with a full head that gives me hours of pleasure. He can pound and thrust and gently glide it. He can shoot it like a machine gun and he gives the greatest oral pleasure I’ve ever had. Pierre serenades me with romantic songs in three different languages, just like Julio Iglesias. If I’m cranky, he brings me chocolates and provides me with endless massages. He is never angry, but can be feisty enough in bed to bring out my wild side. Yet he can be soft and sensuous, teasing and sultry. He is loyal. He worships me. Pierre’s well, perfect. Ugh, that word again. Maybe I want to rile things up a bit. If I bring in another woman the result may not be as hot as I have imagined it. It might add strife to our perfect world. Maybe that’s what I want. It would give me something to work on, something to fix.

We walk together, through the many paths of the park. After a while, I have no clue where I am anymore so I rely on her to lead the way. Pierre will be worried. No, Pierre has probably fallen asleep by now. I can imagine the look on his face if I actually succeed in taking Natasha home with me. It would be worth the wait for him, and the thought of seeing the look he will give me urges me to trudge on and not look back.

“Up here,” she says and proceeds to climb a series of rocks up a hill. She is wearing nothing but flip-flops yet can spring from rock to rock with the grace of a mountain lion. I feel awkward in my cloggy sandals and the little black dress which I threw on just for my night walk. “Over here,” she says as she waits for me to catch up.

“I don’t see anything,” I respond.

“They are only attracted to certain things. Sit down with me and I’ll show you how to call them over.”

She pats the rock next to her and I awkwardly lower myself onto the seat she has made for me. I feel awfully close to her and can actually feel the heat and energy emanating from her muscles. Suddenly, I feel her grab my silky hair and pull my lips towards her. Her lips are full and luscious, like two of the softest cushions I have ever felt. Her tongue is long and slithery as it probes every section of my mouth. I cannot resist her. Am I cheating? Pierre is nowhere in sight. She’ll meet him eventually. This is a good thing.

She skillfully runs her strong soft hands over my breasts, arousing me in that sensitive area. I find myself moaning, surrendering to the dexterity of her fingers. My nipples grow harder and she pinches them in a way I have never felt before. Where am I? I don’t know where I am. She has me trapped here. What is going on? “I thought we came here to see some creatures,” I gasp.

“They are coming. They only respond to this. Surrender. Surrender. I can take you to places no one else has ever taken you. I will shatter your world,” she whispers, almost hissing in her intensity.

She kisses me aggressively and presses me against her round, free breasts. Her right hand creeps down my abdomen and down my inner thigh. She rubs it gently and reaches higher and higher. I feel myself pushing my hips towards her, wanting to rub myself against her in any way I can but she shoves me hard against the rocks. She gently sneaks her hand into my underwear and inserts her finger inside me. I immediately squeeze my walls around her. She removes her wet finger and starts to pinch and rub my clitoris. I can feel the wetness of her finger. It is soothing and hot. I feel the heat rising in me and I start to throb within as she rubs me faster and faster. My eyes are closed now but when I open them, I am in the midst of an orgasm. She is glowing brighter than ever. Maybe it is just the result of my state of sexual climax that makes me think so, but I swear she is glowing. She is in some kind of trance as I throb uncontrollably. It won’t stop. I want more. I can orgasm hundreds of times while having sex. I know it’s a girl thing but I’ve been told that I do it more than most women.

In the midst of my moaning I do not hear them, but now I see them appear. They also glow with pale flawless features. Their red eyes are wide with hunger. They gaze at me but keep their distance. Natasha looks up fiercely. She hisses at them and they step back. They are beautiful with wild hair and they all move like she does. I climax harder as I witness the sight of these women. They all look highly aroused but they hesitate to come close.

Then I look up at Natasha and I see the flaw, that unknown flaw that has teased me since I first saw her smile. She opens her mouth and I see her razor-sharp canines, but before I can think anything else, she sinks them into my neck. I flinch at first but my love for her overrides my fighter reflexes. The pain of her bite only fuels my throbbing organ and I can feel the wetness drip all over my thighs as she rubs me. Just when I think I have climaxed, she brings me even higher and I stay here, lost in a world of psychotic bliss. I am screaming now and the others approach. She is busy drinking my blood, sucking with all her might. She continues to rub me enthusiastically as I come and come again and again.

Lacey Reah has worked as a teacher, a fitness and yoga guru, a healer, an actress and a writer. She has traveled the globe, living in major cities such as Manilla, Sydney, Los Angeles and New York; working odd-ended jobs such as retail sales and being a paid physic. Wherever she has gone, she has taken every opportunity to track every key point of her life and document it. So much has happened in her life and with heavy bouts of sleep apnea that it is difficult to discern the reality from the fantasy. She is on a lifetime search for truth. 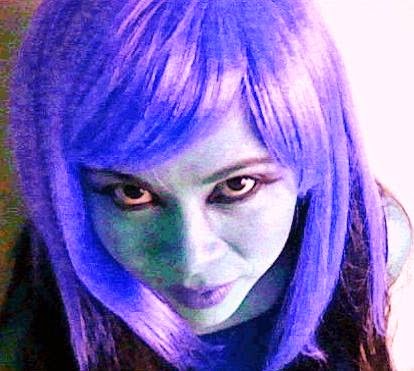 Great post, Lacey - but I'd expect nothing less from the lovely author of Fireflies. Such a fantastic read!

"sultry and eloquent": LOL. Maybe I should hire you to be my publicist, Lacey!

Thanks for being my guest..

Sally Bend! You're a site for sore eyes. I hope you are well. Sorry for being so elusive these days. ;)