My Life as a Lesbian

Not my real life, I hasten to add; although the boundary between reality and imagination is somewhat blurred these days. Oscar Wilde famously said: ‘One’s real life is often the life one does not lead.’ And, after all, the mind has been described as the ultimate sex organ.

I am what you might call a ‘regular guy,’ a hot-bloodied heterosexual male of a certain age (and an uncertain future) with five children spread among three marriages, and a few affairs.

A few months ago, I was browsing in a favorite bookstore in London, when I came across a remaindered copy of ‘Best Lesbian Erotica 09’ published by Cleis Press. I was taken by a story ‘Velvet’ by Lisabet Sarai, its literacy, depths of feeling… So I wrote Lisabet a fan letter – which is why and how I come to be writing this guest blog for Lisabet’s ‘Beyond Romance.’

Which begs the question, how come my interest in lesbians, in how they behave, in what drives them, in what turns them on? Not in a voyeuristic way, you understand, but more in a participative way – to share their experience, to participate, to become one of them if only in the mind.

As a man, I always thought that the ultimate sexual experience was the exquisite thrill of penetration, of being inside a woman – of possessing, and being possessed, drawn in and trapped. But you know the penis is a vastly over-rated piece of male kit; it is unreliable; unpredictable; one or two shots at the most, until in the words of Dylan Thomas, it comes ‘pouting out when the limp time comes.’

I am conscious here that I am writing a blog, not an article. I wish I could remember what Joan Didion said about the difference between writing a blog and a regular piece. Didion said something about when she started to think too much about structure, she realized she was starting to write an article. Perhaps it is also something to do with relaxing, letting it all flow; there is, inevitably, something self-indulgent about writing a blog – a temptation to let it all hang out in a stream of consciousness.

But freedom brings its own restraints and responsibilities.

Over the years, I suppose I have written around 600 columns for the International Herald Tribune and the New York Times. And it is hard to escape the tyranny of the ‘pyramid lead,’ and the ‘editor over the shoulder:’ which is what I’m trying to do without ignoring the ‘reader over the shoulder.’

So let’s try and relax; let’s try to forget the serried rows of copy editors out there longing to get their hands on my copy. Not that I’m not grateful guys; but this is my spot for now.

When I lie on my back in bed and fantasize, I am a young man enslaved by a much older woman, required to service her orally; or else, I am waking up in a mysterious clinic with the news that I have had transgender surgery; that I am now a woman ready to service my lesbian mistress…

And, as I lie back (with a surging erection), I think with wonder of my new shape ‘down there;’ the marvelous multilayered complexity of the female pudenda, the outer and inner labia, the clitoris, the opening of the vagina… making love with another woman.

So, if I could ever come back to earth in another incarnation, it would be as a lesbian, not a butch, heaven forbid, just as a gorgeous woman with all her femininity and guile. 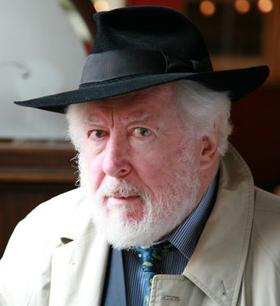 Bio: Roger Collis has earned world-wide recognition as a business travel guru through his weekly column, 'The Frequent Traveler,' every Friday for 23 years (1985-2008), in the International Herald Tribune; and as a contributing travel columnist for the New York Times. He has been described as the dean of business-travel journalists in Europe, who ‘created the template for business-travel columns in newspapers worldwide.’ He has written a bi-monthly column for CNN Traveler magazine for about 15 years and contributes to publications on both sides of the Atlantic. .

A veteran corporate infighter, with 15 years’ experience in international consumer marketing, Collis was educated at Liverpool University in England; he is a member of the International Alumni Association of IMD Business School in Lausanne, Switzerland.

The second edition of Collis’ bestselling book, "The Survivor's Guide to Business Travel," was described by the London Times as "the best source of independent travel advice on the market." He is also the author of "If My Boss Calls, Make Sure you Get His Name," a collection of columns satirizing the corporate life. He won a special award in the Carlson Wagonlit 2004 press awards for the Business Travel industry.

Roger is in frequent demand worldwide as a conference and round-table speaker; meetings and focus group facilitator; broadcaster; podcaster; and film narrator.

Welcome to Beyond Romance, and thank you for your intriguing and (I'll be honest) somewhat arousing post. It's takes a very secure man to admit to this kind of fantasy.

And I absolutely adore the title of your satirical book. Got to get myself a copy!

Very nice to meet you!

Very interesting post, especially the part about fantasizing about being a young man, enslaved and ready to serve his older mistress--but then I would pick that part out...

Good luck with your erotica. I think you're well on the way to some rousing titles.