The Parisiennes have turned against her... #Mystery #Paris #Giveaway 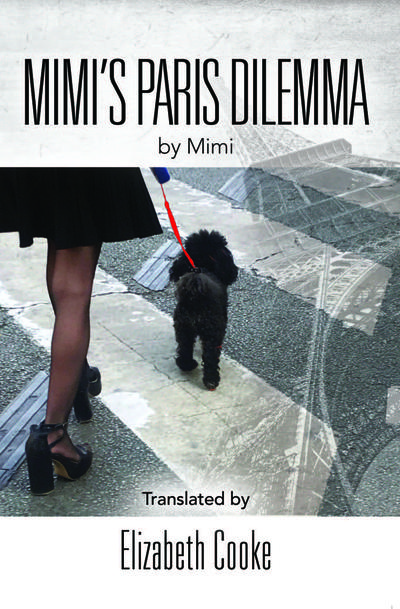 Mimi’s Paris dilemma overwhelms her. She feels desolate, unappreciated, her celebrity status lost. The Parisiennes, the women of Paris, have turned against her. They are sympathique to the fate of a woman incarcerated for murder and reject Mimi, who was instrumental in bringing about that fate.

In this, Book Two of The Mimi Series, new crimes are committed. Mimi again is instrumental in helping solve them because of her sensitive petit nez, which pursues nasal clues where no human can follow.

Where few are aware of how truly skillful the little dog is, they slowly come to realize her value, and Mimi’s reputation is gradually restored to its full power.

Imagine having a dog as co-anchor on an interview show like the popular TONIGHT!”

“I can’t wait,” Nicole enthused. “But let us start after the fate of Stephan Ledax is decided and the trial done.”

Three weeks went by before Nicole Marcel and Mimi became full-time co-anchors on the TONIGHT TV interview show. They waited to take up their duties until the trial of Stephan Ledax was over.

Nicole testified before the court, as did Rene Couteau, to the attempted rape in the changing room of the studio. The verdict was unanimous: guilty of sexual assault.

During the course of the proceedings, there was testimony from six other women, relating to the pattern of behavior Stephan Ledax evinced over the period of several years - involving a variety of predatory acts – some even cruel: abandonment, abortion, lack of child support.

Stephan Ledax was sentenced to eight years behind bars. As he was led away by a policewoman, his face was distorted and wet with tears.

And so it came to pass.

Get your hands on the book!

Elizabeth Cooke will be awarding a $25 Amazon/BN GC to a randomly drawn winner via rafflecopter during the tour.

Thanks for being my guest, Elizabeth!

Thank you for featuring my latest Mimi book. Book 3 due soon, Elizabeth

I enjoyed the excerpt and your book sounds like a great book! Thanks for sharing!

I am super excited to dive into your book, Miss Cooke!! Thank you so very much for the super generous giveaway!! ❤