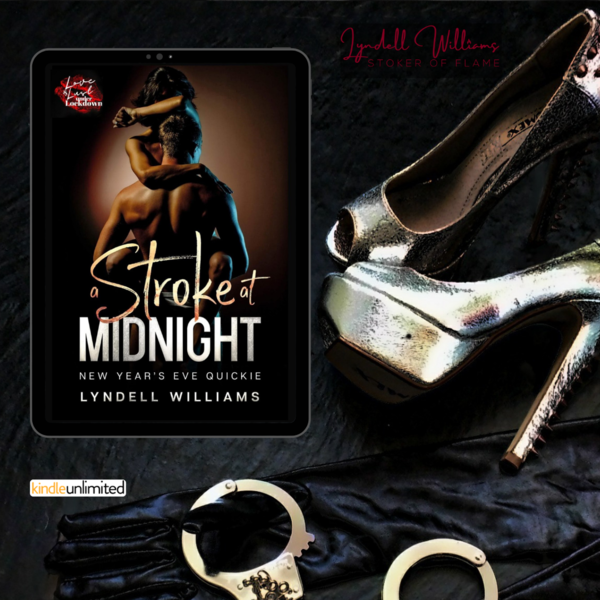 He will have her before the year is out!

Mateo spent too many years craving the taste and touch of Deja’s body. He restrained from taking his brother’s widow to bed. Now the sinner in him is winning the battle. He is through imagining all the naughty things he can do with her. Time to put all his kinky plans into action.

He assembles his toys, determined to stroke Deja by the time the clock strikes twelve on New Year’s Eve.

Deja knew it was wrong to lust after her dead husband’s brother. She tells herself that Mateo only wants to help raise her son, but she can’t keep ignoring the way he looks at her and how it makes her tingle with desire. She can’t resist the call of his hot body, and she does not want to.

Tied down by guilt and separated by quarantine, Mateo and Deja decide to free themselves with a New Year’s Eve night of passion. But will it destroy their family and friendship?

The bag full of food bounced against Deja’s leg as she passed closed exam room doors to the last one. She squeezed past a set of chairs in the tiny office and put it in the only empty spot on the wood desk covered with stacks of folders. The smell of seasoned lamb smacked her nostrils as she opened the bag. She took out containers and set them down, careful not to move any of the clutter surrounding her out of place. Mateo loved his organized chaos.

She rubbed her fluttering gut and lay silver toned plastic forks and knives on top of white napkins. It had been weeks since she watched Benito pack his bags and fly off to the city, and she got to see Mateo face to face. His face—she wanted so much to see it. Her heart fluttered at the swoosh sound of the industrial door opening. She stood and smoothed a hand over the front of her shirt.

Mateo looked down at an open file folder as he walked into the room. He stopped and glanced over the wire rims of his glasses, pulling down the pale blue fabric of the mask covering his face. His eyes lit and lips curled, making blood rush through her. “What is this?”

She straightened the fork on the napkin. “Surprise. Since you didn’t get to have a Christmas dinner, I thought it would be nice for us to enjoy a meal together on New Year’s Eve. I know you’re coming over later, but I wanted to eat at a decent hour.” Every drop of calmness seeped from her with each step he took closer.

He dropped the folder on a pile. “I like that.” He tugged at the bottom of her mask and tucked it under her chin.  “That’s better.” He squinted down. “Are you sure this is what you want me to eat? He pinned her gaze. “I’m actually interested in something else.”

She gasped. Had she heard him right? “Wow, that was sudden.”

He laughed and strutted around the desk, pressing his body to hers. “I have to disagree. We’ve been avoiding this—” he pressed his stiffness against her thigh “—for a while. Don’t you think it’s time for us to stop?” The fire in his eyes surged heat straight through her.

She put a hand on his scrub shirt. His heart pounded against her trembling palm. “Yes.” She wove her fingers in the black tendrils at the back of his head and pressed her lips to his, so soft and warm. Every nerve fiber charged, sending the sensation of goosebumps down her arms.

He moaned and crushed her against the desk. Her skin came to life in ways it hadn’t in years, prickling under the caress of his fingertips along her neck. Rough from days of washing, they stroked her cheek as his tongue searched her mouth. Her pussy followed, lower lips burning and tingling from increasing wetness that made the touch of her panties feel cool against her pulsating clit. She moved her hand down, wedging it between them, cupping his hard cock and squeezing. 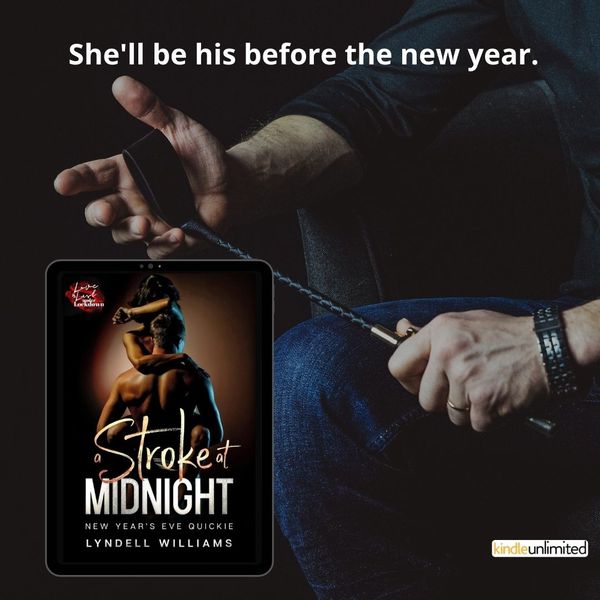 Lyndell Williams is an award-winning writer and bestselling author. She is a cultural critic with a background in literary criticism specializing in romance. She is an editor, writing coach and mentor. She has been published in peer-reviewed journals and writes for multiple online publications.

Posted by Lisabet Sarai at 2:00 PM

I love the cover. It just drips passion!

I really enjoyed this story. I put up my review at Goodreads, and will try Amazon and Bookbub. Well done, Ms. Williams!