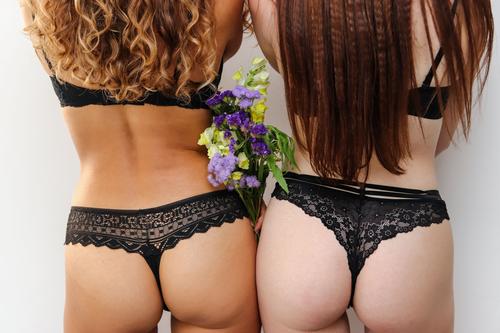 Photo by Dainis Graveris on Unsplash

I guess I should have been more patient! No sooner had I scheduled a post about House Party 3 than Larry sent me the promised excerpt. And it’s a doozy! Definitely NSFW! 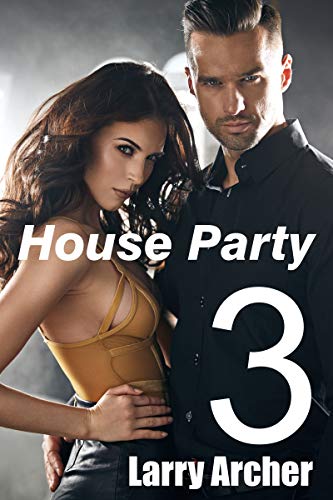 At the end of the hall, they came up to a door with a sign and a red light. The warning said, “Stage 1 - Quiet When Light is Flashing.”

“Take a deep breath and push your tits out!” Foxy announced as she pressed the button, which opened the heavy door. The door silently opened, and the glare of studio floods struck them.

“I didn’t know it would be this bright?” Suzy asked as Foxy stalked into the studio. She could tell that Foxy was “On” the instant the doors opened. I hope one day I can be this nonchalant about a bunch of guys fixing to screw me?

Remembering to throw her shoulders back, Suzy bit her lip and tried to be brave as she walked onto the set. Blinking in the bright lights, Suzy looked around, and that’s when she saw them! There was a line of what looked to be guys all in their twenties and thirties. Most were naked or wearing only t-shirts with the studio’s name and stroking their cocks as they watched the three girls enter.

Foxy’s girlfriend June was already on her knees, sucking a cute blond-headed guy’s substantial cock as she played with herself. Suzy was amazed at the amount of dick she could stuff in her young mouth without gagging. This guy must have a ten-inch dick, and Suzy could feel the throbbing in her pussy getting worse. Worrying about what her husband was going to say had become a minor annoyance, like a fly buzzing around her head.

Foxy never hesitated but walked down the line of guys and inspected their equipment while the camera guys swirled around them with their video cameras, carefully filming Foxy’s fingers on their substantial dicks. Suzy nervously followed, with Ruth bringing up the rear and hiding behind them. Suzy’s cunt was throbbing and on fire as the realization of taking on, all these guys hit her. The shortest dick I see is about seven inches! Suzy told herself as she watched Foxy stroke the guys’ dicks, while she walked down the line.

About halfway down the line was a tall good looking redheaded girl. What is she doing in line? Suzy asked herself, then looking down, she realized the girl had a cock!

“Foxy, that girl has a dick!” Suzy stated the obvious as she stared at the thick, possibly eight-inch cock on the girl.

“And a nice one at that!” Foxy responded and kissed the redhead while stroking the girl’s thick dick. It was love at first sight as the two girls exchanged spit and tongues.

Foxy bent down and sucked the girl’s dick into her mouth. Suzy was still in disbelief that a girl could have a cock, while watching Foxy bob up and down on the impressive weapon.

Straightening up, Foxy embraced the tall redhead and whispered in her ear, “Your dick works okay, I see?”

“I’m on a few hormones, and it hasn’t affected my performance. I look forward to giving you a demonstration,” the redhead replied. “My name is Sasha, and you’re Foxy, I assume?”

“Yes, indeed,” Foxy replied. “I look forward to it, and don’t get away without leaving me your number?”

“Don’t worry. I was hoping that this was going to be more than, ‘Wham bam, thank you, ma’am,’” Sasha replied. Then she bent down and suckled one of Foxy’s puffy nipples, which instantly wrinkled up until it was rock hard in the redhead’s mouth.

Thanks Lisabet for pimping my story for me. You asked for a 500 word excerpt and I had a problem finding 500 words that captured enough of a scene to make sense. Sorry this took so long to get to you but I love to write dirty stories but hate to have to do the advertising parts. XOXO Foxy and Larry