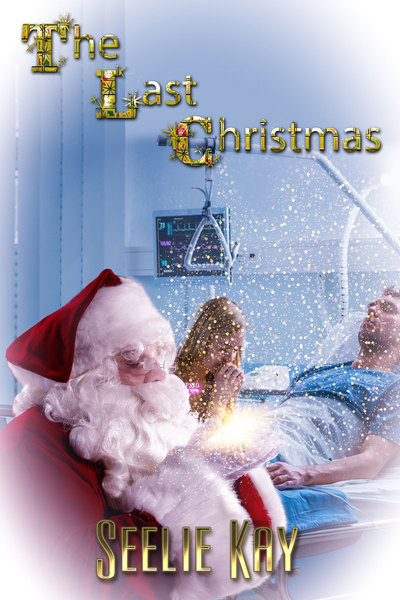 My father is 94 years-old and as you might expect, has had a number of serious medical, age-related events. Each time, we were told to prepare for his death. Each time, he survived. The fact was, my Dad wasn’t ready to die. And his children and his grandchildren weren’t ready to let him go either. So I started thinking about terminal diagnoses and how they are really a best guess, not a guarantee. That, of course, led to thoughts how a terminal diagnosis often causes people to give up and prematurely mourn the death of the person who is ill. I wondered how that impacted the outcome. And because I was preparing to write a holiday book, I also started thinking about the power of family, and how, time after time, families are capable of creating miracles.

That led me to The Last Christmas. Christmas truly is a time for miracles, and thought it important that everyone be able to experience one through the tale of the Wright Family.

When the doctors say there’s no hope, Santa begs to differ. After all, he claims, miracles are love combined with action to get the desired result. And at Christmas time, everyone deserves a miracle!

David Wright is dying from cancer. He is not expected to see another Christmas. At least that’s what the medical professionals say. Fortunately, Santa begs to differ. After all, modern medicine is nothing more than a best guess. Santa believes anything is possible until you give up. When Santa tells David’s wife, Joan, that heaven is full and she has to keep her husband alive, she is beside herself. She has no medical skills. How can she save anyone’s life? Set your skepticism aside as Santa embraces a family already mourning their father’s terminal diagnosis and teaches them that a Christmas miracle doesn’t always require heavenly intervention. Sometimes, all it takes is a family with enough love to create their own. As Santa says, a true miracle is when love combines with action to get the desired results. And only humans are capable of that. Will Santa’s words fall on deaf ears? Or will Team Wright find a way to save their father’s life? 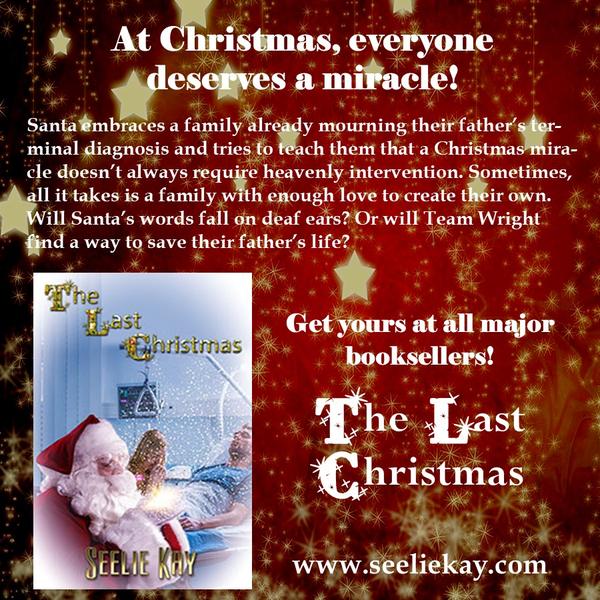 “It’s not about you, it’s about him, Joan.,” a grumbly voice said. “You’re looking at this all wrong.”

Joan turned so fast she almost lost her balance. She glared at the old man who had spoken. He was around seventy, with ruddy cheeks and twinkling blue eyes. And thick white hair. Lots of white hair. Flowing over his shoulders, winding up in a very lush beard. On top of his head was perched a brightly colored red knit hat. She frowned. “Wait a minute. You’re Santa Claus. Without the red suit, but clearly, you’re him. I’d know you anywhere.”

The man bowed and with a smile, said, “At your service.” He gestured toward a park across the street. “Let’s take a walk.”

“Oh, no. I’m not going anywhere with you.” Joan shook her head. “I didn’t mean you actually were Santa Claus. Everyone knows he doesn’t exist. I just meant you looked like him. You’re just a man who looks like him. I don’t know you. Why would I…” She glared at him. “You’re not even wearing a red suit. And since when has Santa taken up armchair psychiatry?” She ran a hand through her blonde hair. “I must be hallucinating.” Despite her objections, she followed him across the street.

Santa laughed. “My dear, I have been dispensing advice since I was old enough to talk and make people listen. God chose my role a long time ago and I have gotten very good at it.” He looked toward the heavens. “Sorry, old boy. Still working on that humility!” He chuckled. “Man never stops reminding me.” He smiled at Joan. “Do you sense any ill-intentions from me? Of course not. I’m Santa. All I want to do is talk.”

Joan reached out and touched his shoulder.

He laughed again. A laugh that came directly from his belly. “Yes, I’m real. Well, as real as a centuries-old spirit gets. I even eat all those cookies children leave me each year. And let me tell you, that’s a heavenly feat.” Again, he looked skyward. “Yes, sir, I am well aware that borders on gluttony. A sin. You know darn well it has nothing to do with gluttony and everything to do with the magic of Christmas, an affirmation that Santa is real. I do it for the children.” He smiled at Joan. “Sometimes, He gets a little overbearing with his angels.”

He smirked. “Even God has his faults. He is by no means perfect.” A strong wind swirled through the plaza, nearly catching his knitted cap. He clapped his hand on his head to hold it down. He whispered, “And he doesn’t take criticism too well, either.”

Joan stared at the man. Surely, she was losing it. Santa a spirit, an angel? He and God didn’t even travel in the same circles. She shook her head, trying to make the hallucination go away.

Santa sighed. “I know, I know. You’ve been taught that I’m not real. That I’m a myth. That’s a rumor started by Satan himself, the old devil. He can’t stand the fact that people embrace the goodness in the world. And that I spread good cheer. He would much rather unleash a plague and make people miserable. He hates Christmas. He hates that the birth of Christ is celebrated, and his birth, well, is not. He really can’t stand the fact that love binds people so tightly during the holidays.” Santa shook his fist toward the ground. “The fool pouts all through the holidays.” He then sat up straight and gazed at Joan. “Christmas is really about love, you know. All kinds of love. The type of love he’ll never have. Love of family, love of children, love of—”

“What the heck do you want?” Joan blurted. “People are starting to stare.”

Coming soon to other booksellers!

Seelie Kay is a nom de plume for a writer, editor, and author with more than 30 years of experience in law, journalism, marketing, and public relations. When she writes about love and lust in the legal world, something kinky is bound to happen! In possession of a wicked pen and an overly inquisitive mind, Ms. Kay is the author of 18 works of fiction, including the Kinky Briefs series, the Feisty Lawyers series, The Garage Dweller, A Touchdown to Remember, The President’s Wife, The White House Wedding, and The President’s Daughter.

Other Books by Seelie Kay

When my dad was 85, he had a serious cardiac incident. The doctors said he had only a few weeks to live and sent him home on hospice. They took him off many of the drugs he'd been on, focusing on palliative care.

Much to everyone's surprise, he improved dramatically once free of some of that medical intervention. He lived another two years, with a better quality of life than he'd had before, because the medications had all sorts of side effect.

Life is mysterious, beautiful, to be cherished.

Thanks for sharing your faith and hope on Beyond Romance!

Thanks for sharing "The Last Christmas!" I have always believed in miracles. All you have to do is be open to them. Believe!