What Comes Next? #Suspense #AuthorCraft #AmWriting 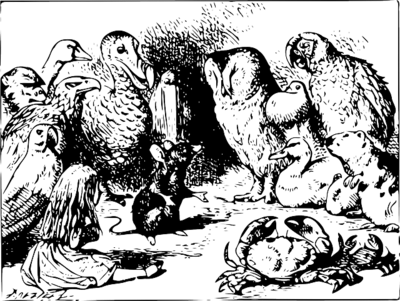 We all love stories. It's in our genes. Humans have been spinning tales for thousands of years. From the sagas our ancestors told as they huddled around their campfires to the ebooks flying off today's virtual shelves, stories satisfy some deep psychological need.

Sometimes we want a familiar story, even though we've heard it a million times before. We anticipate and then enjoy the expected conclusion, which reassures us that all is right in the world. Often, though, we follow a story because we want to know what comes next. Suspense and uncertainty produce a particular kind of excitement., a tension that is pleasurably released when the uncertainty is resolved. Suspense is what keeps readers turning pages long after their normal bedtimes. They don't want to stop reading until they see how it all turns out.

In genre fiction such as romance or mystery, readers know the final shape the story will assume. The lovers will overcome the obstacles that confront them in order to be together. The guilty parties will be identified, the mechanisms of the crime will be explained and usually the perpetrators will be brought to justice. Part of the reason readers enjoy these genres is that they provide the same satisfying reassurance as a well-known fairy tale or myth. A book that labels itself as romance or mystery then fails to provide the expected pattern of resolution will likely arouse readers' ire.

This does not mean that stories in these genres should be predictable. As the story progresses, a skillful writer will make the reader question how the expected ending could possibly come about. You'll lose your reader's attention if he or she stops wondering what happens next.

Unfortunately, I find that a significant percentage of the romance I read is far too predictable, at least for my tastes. By the time I've finished the first chapter or two, I know the general path the story will take. I can't presume to speak for other readers, but this definitely diminishes my own enjoyment.

Even if you're a pantster rather than a plotter, you'll generally know more about your characters and their background than you tell your readers. Often there are things in a character's history that are critical to the plot. By holding back and not disclosing these facts right away, you can heighten the level of uncertainty and make the final resolution more surprising.

I found an example in my ménage story Wild About That Thing. Ruby Jones, the heroine, owns a struggling blues club that represents her life's dream. As the story opens, she has received a letter from the lawyers for the new owner of her rented building, indicating that her lease will not be renewed and that she must vacate the premises. Her anxiety over her impending eviction colors her reactions to the two men who become her lovers.

Quite late in the tale, I reveal the fact that one of her lovers, Remy, is in fact the building owner. This serves two purposes in the narrative, emotional and practical. First, it adds a sudden obstacle to the relationship (since Ruby is rightfully upset that he had not told her sooner) and also allows the second man in the triangle, Zeke, to come to Remy's defense. Second, it provides a plausible solution to the problem of Ruby's eviction.

Keeping important details secret from your readers can be an effective way to add unpredictability, but it does carry the risk of appearing contrived. The new information, when it is finally exposed, must be believable. It must not seem to "come from left field". If you can, you should drop hints earlier in the story. When the revelation finally occurs, you want your readers to nod their heads, saying "Yes, of course, I should have known!"

Fiction, especially romantic fiction, frequently revolves around a character's choices. Your heroine may be choosing between two potential relationships, or between a relationship and a life path that will make that relationship impossible. To avoid predictability, you need to paint the competing alternatives as equally attractive and plausible. You should also maintain the ambiguity concerning the character's ultimate decision for as long as possible.

To implement this strategy, you can use trade-offs. No one choice is perfect. Each has advantages and disadvantages. Highlight those contrasts for your reader. Meanwhile, watch out for stereotypes. The handsome, arrogant, wealthy playboy; the smoldering, tortured bad boy biker; the sensitive, nurturing guy next door... You know what I mean. Stereotypes are a sure way to kill suspense - unless you set them up and then turn them on their heads. This is actually another technique for avoiding predictability. If, for example, the playboy is later revealed to be a submissive who wants to serve as the heroine's 24/7 slave, you'll definitely surprise (and possibly delight) your readers.

3. Allow your characters to change

A story is a journey taken by your characters. Events occur and the characters change in response. You can use these changes to make your story less predictable. As the tale unfolds and your characters develop, they will behave and react in ways your reader may not expect. In fact, their surprising behavior will reveal the nature of their inner changes.

Most romance character shifts are less extreme. Just remember that static characters are easy to predict. Also, some change trajectories have become clichés. The uptight, authoritarian female executive who gradually realizes that she craves submission; the woman wounded by past relationships who must learn to trust a new love; the emancipated, free-wheeling chick looking for no-strings sex who discovers instead a deep need for commitment; these patterns have been been employed so often that they'll kill any suspense - unless of course, you use misdirection, shattering the cliché to send the character off on a new and surprising path of development

Characters don't just change over the course of the story, but moment to moment as well. Even the most stable individuals are not 100% consistent in how they behave, especially under the influence of strong emotion. Anger, grief, guilt, terror and shame can all induce people to behave in atypical ways that would be hard to predict based on their normal personalities. Since such emotions often occur at critical points in your plot, you can use them to introduce the unexpected into your tales.

For example, Kate O'Neil, the heroine of my novel Raw Silk, is a self-confident, independent professional woman. Her first full-blown experience as a submissive stuns and scares her. She actually skips out of work, jumps on a plane, and escapes to the safest place she can think of (in this case, Singapore). This is highly unusual for someone as responsible and career-oriented Kate. Even I was surprised when she did it! The episode contributes to the plot by providing her with an opportunity to reflect on her reactions - as well as a chance for readers to catch their breath.

Authors of genre fiction walk a tightrope. On the one hand, we must give our readers the pattern of resolution they expect - a happy ending, in the case of romance, an orgasm (or more than one!) in erotica. On the other, we want to keep our readers turning the pages, wondering what is going to happen next. We must be faithful to the conventions of our genre while still ringing enough changes to be fresh and exciting. It's a tall order. I hope that the suggestions I've made in this post get you thinking about how you can maintain this balance in your own work.