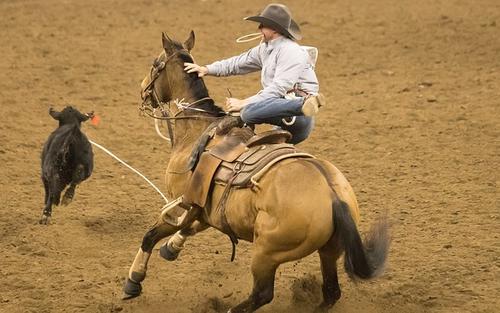 Image by Lee Sommers from Pixabay


This is a craft-oriented post I wrote a number of years ago for another blog. I thought some Beyond Romance readers might find it useful. My topic: making your sentences work to accomplish both your narrative and emotional goals.

When I teach writing classes, I begin by stating that, in English, the sentence is the basic unit of meaning. A (simple) sentence consists of a subject and a predicate. The former identifies what we are talking about, while the latter expresses what we want to say about the subject.

A subject may be a noun (“spanking”), a pronoun (“she”), a simple noun phrase (“the riding crop”) or a noun phrase with modifying clauses (“the riding crop that dangled casually from her belt”) A predicate may specify an action (“heated his butt”), a relationship (“was his first Mistress”), or a state of being (“was obviously new”).

Both subject and predicate are required in order to have a complete idea. The subject “spanking” may conjure a variety of theories regarding the point to be made, but we really don’t know what the author intends without the predicate.

Compound sentences combine two (or sometimes more) simple sentences using conjunctions or adverbs that specify a logical relationship between their components. English provides a wide variety of relationships including coordination (“and”), opposition (“but”, “although”), sequence (“before”, “during”, “after”), and causality (“because”, “if”). A compound sentence expresses a meta-idea that includes not only the individual concepts captured in the component simple sentences but also the relationship determined by the connector. Change the connecting words and you totally change the meaning.

We authors use sentences for both telling a story and for evoking specific emotional responses in our readers. When I wrote my first novel, Raw Silk, I was thinking mostly about the first goal, not the second. Certainly, I was trying to evoke various moods, but I didn’t consciously manipulate the structure of my sentences with that in mind. As a result, all my sentences tended to be fairly long and complex, regardless of what was going on in the story.

Paragraph from Chapter One:

Kate extricated herself from the car’s comfortable embrace. The house was small, almost a cottage, but had two stories, and was surrounded by lush gardens. A huge tree with gnarled, contorted limbs stood before the building, bearing drooping masses of vines and creepers. She breathed deep, savouring the sweetness of flowers she could not name. The humid air caressed the bare skin on her arms. She heard the chittering of insects, and softly, the music of flowing water. There must be a pool or fountain, she thought, smiling to herself. She noted a balcony on the second floor, overlooking the garden.

Somtow rocked his pelvis in time with her strokes, but otherwise remained still. He watched her as she rode him, harder now, grinding herself down on him, finding exactly the right position, the right angle, for her own satisfaction. Now he reached up and caressed her breasts gently, trapping the nipples between his first and second finger. Katherine responded by pinching his nipples, hard. His back arched, pushing his cock deeper into her.

There’s nothing fundamentally wrong with these sentences, but they have a sameness, a similar rhythm and style even though they play very different roles in the story. In the sex scenes, the length and complexity of the sentences have the effect of distancing the reader from the action.

In the twenty years since I wrote this book, I’ve learned to use shorter sentences, even fragments, in sex scenes, to evoke a sense of urgency and breathlessness.

Here’s a bit from my 2014 novel The Ingredients of Bliss:

The sting dwindled when he nuzzled the sensitive spot just below my ear. As I’m sure he expected, my clit twitched in response. I arched up, trying to grind my pelvis against his bum. He raised himself to a half-kneel, breaking the contact between our skin, while still holding me more or less immobilized. His cock was now fully engorged. Barely a foot from my hungry mouth, it wept pre-cum onto my chest. I whimpered and struggled against his inexorable grip. I really didn’t want to talk anymore. I just wanted him to fuck me. Again.

Notice the difference? I’ve deliberately chosen shorter sentences and more concrete nouns. The paragraph feels more immediate and intense than anything in my first novel.

The style in the passage above isn’t necessarily typical of all the prose in the book. Here’s a bit of description:

Buildings of brick, stone and stucco made the street into a shadowy canyon. Overhead there were decorative cornices and wrought iron balconies, remnants of another, more prosperous time, but at the ground level, most had roll down metal shutters, locked tight. Neon-hued graffiti decorated the blank steel panels. Fast food wrappers and crumpled newspaper stirred in the gutters. The temperature had remained balmy but fog had crept in from the harbor, bringing the smell of rotting kelp and giving halos to the scattered street lights.

As I’ve become more aware of my sentence structure, I believe that my writing has improved. I have more control over the reactions I’m trying to elicit from my readers.

I called this a craft article, so I suppose I should try to distill my own strategies into a set of recommendations that might help other authors. So here goes!

Before starting to play around with sentence structure in order to achieve particular effects, be sure that the literal meaning is clear and easy to grasp.

Avoid using complex noun phrases as sentence subjects since they burden the reader’s memory. Here’s a sentence from a story I recently edited for another author.

But what had been a nice little itch to scratch in private had bloomed within me and grown as uncontrollable as my hair.

This sentence is completely grammatical, but struck me as awkward and confusing because of the long subject – especially since that subject begins with a pronoun.

I suggested revising it as follows:

But the little itch I’d scratched in private had bloomed and grown as uncontrollable as my hair.

Multiple pronoun references in a single sentence that refer to different individuals can reduce clarity. Words that can act as both nouns and verbs (e.g. “present”, “market”) sometimes cause problems. Finally, cognitive research has shown that long sentences are more difficult to comprehend, regardless of their structure. I am not suggesting that authors “dumb down” their prose, but complexity must be weighed against comprehensibility.

I’m sure the average length of my sentences has declined as I’ve gained in skill, even as the variation in length has increased.

I’ve already addressed this issue above. Brief, concrete, punchy sentences work well for action scenes (including many sex scenes). Longer, more intricately structured sentences are more appropriate for description and thematic explication. Also, you may want to use more complex sentences for flashbacks than for live action. Recollection does not generally have the same intensity as experience, unless the character is lost in fantasy.

Use sentence fragments with discretion.

A sentence fragment is a bare subject or bare predicate, or else part of a complex sentence – a dependent clause without the corresponding independent clause that controls it. Without context, a fragment does not express a full idea, and strictly speaking, fragments are not grammatically correct. However, a partial sentence can be highly effective in the right circumstances, particularly inner dialogue.

Sympathy welled up inside me. I pushed it aside. I had to be strong. Stern. Maybe even cruel.

In their ice-blue depths I saw a flicker of something—something that both warmed me inside and turned up the volume on my arousal. Gratitude, maybe? Or complicity?

If you’re deliberately using sentence fragments, don’t let some over-zealous editor cite rigid grammar rules to red-pencil them out of existence. At the same time, be aware that overusing fragments can render your prose much harder to understand.

Avoid joining clauses with “and” unless they are logically equivalent and have strong semantic links.

Compound sentences are powerful tools for expressing subtle connections between concepts. However, the “coordination” relationship, using “and”, is the weakest way to join two ideas.

Authors often use “and” when they are actually trying to convey temporal sequence:

She landed another stinging slap on my bare ass and I cried out in agony.

This sentence might be more effective if the clauses were split apart:

She landed another stinging slap on my bare ass. I cried out in agony.

Alternatively, you can make the temporal relationship more explicit:

When she landed another stinging slap on my bare ass, I cried out in agony.

Reserve “and” for cases where there’s a strong connection between concepts expressed in the joined clauses:

He’s my beloved Master and I’m his devoted slave.

Vary your sentence structure and length within a paragraph.

Now he sipped at my mouth rather than swallowing me whole. He feathered his tongue over my lips, coaxing me to let him enter. He breathed into me, warm and sweet, gentle as drifting clouds on a spring day. He held me close, so close I could feel the heartbeat under his sweat-damp shirt, and bathed me in his devotion.

Every sentence in this brief paragraph has “he” as the subject. I revised the passage as follows:

Now he sipped at my mouth rather than swallowing me whole. His tongue feathered over my lips, coaxing me to let him enter. He breathed into me, warm and sweet, gentle as drifting clouds on a spring day. Holding me close, so close I could feel the heartbeat under his sweat-damp shirt, he bathed me in his devotion.

Now the sentences have a more varied structure. One technique for achieving this variety is to use modifying phrases (like “holding me close”) to introduce some of the sentences. Another technique I’ve employed here is to use what some editors would label as an “Independent Body Part” (“IBP”), using “his tongue” rather than “he” as the subject in the second sentence. Like any other construction, IBPs can be over-used, but in fact they are an example of a type of figurative language called synecdoche , which involves using a part of something to represent the whole, or vice versa.

An exercise in wrangling sentences

Just for fun, I decided to take one of the passages from Raw Silk I quoted at the start of this post, and revise it according to some of the recommendations above. Here’s the result:

This still isn’t great literature, but are the sentences more effective? Is the tone more urgent, more involving? I’d argue that it is.

The structure of your sentences impacts the effectiveness of your prose. Work to create sentences that are easy to understand, that match the pace and tone of the narrative, and that use devices like fragments and figurative language to add variety and spice. Be deliberate in your choices. You have more control than you may have realized.

Great article. Thanks for the advice.

Thanks, Larry - glad you found it useful!