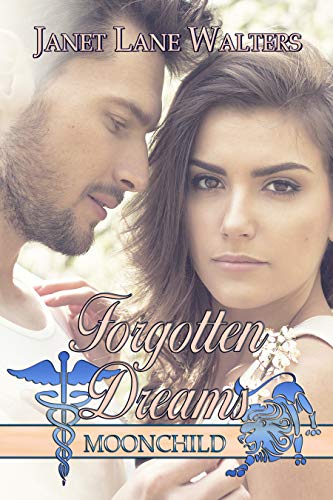 I like to say I’ve been published since the dark ages. What I mean is those days when there was no electronic publishing and manuscripts were sent by snail mail. I had some success with short stories and even being paid money for poems.

Then one day, an editor sent me a rejection letter saying “This sounds like the synopsis for a novel.” The short story market was lessening at that time. So was the market for poems other than in copies of the magazines. I figured the time had come to write novels. But I didn’t know how. This was in 1968 and my first novel wasn’t published until 1972. I spent the time trying to learn the tricks of novel writing.

In 1972, the book that had undergone many rewrites sold. There were others following that. Then came the days when children headed for higher education. I put writing aside and returned to work as a nurse. I also earned a BA in English and a BS in Nursing as well as working full time. I also learned much about people’s reactions and actions to medical and surgical conditions. While doing little writing other than jotting ideas on pieces of paper, I did continue to learn about the ins and outs of writing.

A local conference run by the Hudson Valley Chapter of RWA brought me back to writing. One of the members, Jane Toombs, was responsible for selling my first return book. That was in 1994. Then I discovered electronic publishing and my writing career took off. My first ebook came out in 1998 and since then there have been a lot. Retiring from nursing gave me more time to write and I keep finding new worlds to discover since I write romance, contemporary, paranormal, historical and fantasy. There are also a few cozy mysteries and several non-fiction books. These were written while I did some ghost writing for doctors.

So in my past years I’ve seen many changes. The short story and poetry dwindling. Once there were 17 publishers for romance novels. Most of these no longer exist. Then came the electronic explosion and then self-publishing. And that brings me up today. I figure I’ll be writing until I can no longer put words on the page.

My latest release is Forgotten Dreams, the fifth book in the Moon Child series. The venue for the entire series is a small city and centers around the heroines born under Cancer. The heroes of each book will be one from each of the astrological signs.

Chad Morgan is tired of his Hollywood life and his role as action hero Storm. He's ignoring the contracts for two more movies in the franchise. He wants to take a different direction and make a movie of his friend's book. He has bought the rights. But his agent and the studio want more Storm. His personal life is also bouncing from one woman to another. His thoughts have turned to Emma Grassi, the woman he left behind in his quest for fame. He decides to return to Fern Lake and speak to his friend and renew his friendship with Emma.

Emma is now a nurse practitioner sharing an office with her doctor friend. She has waited for Chad to return and has decided this isn't going to happen. She's decided to confront him and put an end to the dream she has remembered and he has forgotten. Life takes a twist when Chad 's auto accident on the outskirts of Fern Lake bring them together. She wants out. He wants in.

Janet Lane Walters has been a published writer for fifty years. She lives in the scenic Hudson River Valley. Her books include mysteries, romances, fantasies and non-fiction books. She has been married to the same man forever. Her four children, one an adopted biracial daughter, have given her seven grandchildren - four black and three Chinese.

Thanks for having me

I haven't been publishing as long as you have, but I sent my first novel manuscript to the publisher by snail mail, too.

In contrast, yesterday I self-published a new story. It's a reprint, but it took only a couple of hours to create a cover, format the MS, and get it up on Smashwords and Amazon!

Wishing you good luck with the self-published story