Instead of doing the MFRW Hooks blog hop, I decided this week to participate in Long and Short Reviews weekly blogging challenge. The topic for this week is “Books I keep meaning to read (but haven’t)”.

I knew immediately what book I wanted to write about, but I didn’t know if I dared, particularly given the date (September 11th). I finally decided that if I get trolled, spammed or hate-bombed, that says a lot more about the people reacting than it does about me.

You see, the book I keep meaning to read is the Koran.

I was brought up Jewish, but my spirituality has always been eclectic. I’ve been subject to influences ranging from Roman Catholicism to Hinduism. I don’t follow any organized religious tradition, but I am convinced that our existence has a spiritual dimension, that this spiritual dimension represents fundamental Truth or Reality and that our material world arises from and reflects this Reality. I also believe that the essence of Spirit is love or compassion, and that we are all connected, all drops in the ocean of Spirit.

Many evils have been perpetrated in the name of organized religion. Millions have suffered, not only the perceived opponents of these religions but also their fervent adherents. For me, that doesn’t invalidate the basic human search for some sort of transcendent truth.

There are those who maintain that the material world is all there is, that God is a delusion humans create for themselves in order to deal with a meaningless universe. I am not among those people; my personal experiences have convinced me that Spirit is real – maybe all that is real. I think every religion tries to capture this same basic realization and to communicate it in a way that matches the psyche and culture of its followers. Looked at another way, all Gods are one God – though my own view doesn’t necessarily consider Spirit as a supreme being.

In any case—I’ve read scriptures from many religions. However, I’ve never read more than a verse or two from the Koran, with no context provided. All I have is hearsay. Some people claim that the Koran encourages jihad and suicide bombers. Others claim that Islam is a religion of peace. Some people use the Koran to justify abuse of and discrimination against women. Others argue that this is a misinterpretation, an excuse to prop up a patriarchal society that existed before Islam was founded.

I really need to find out for myself. I think this is important, at least partly because Islam is so vilified these days in many Western countries. When someone tells me that the Koran says such and such, I want to be able to respond with some authority. 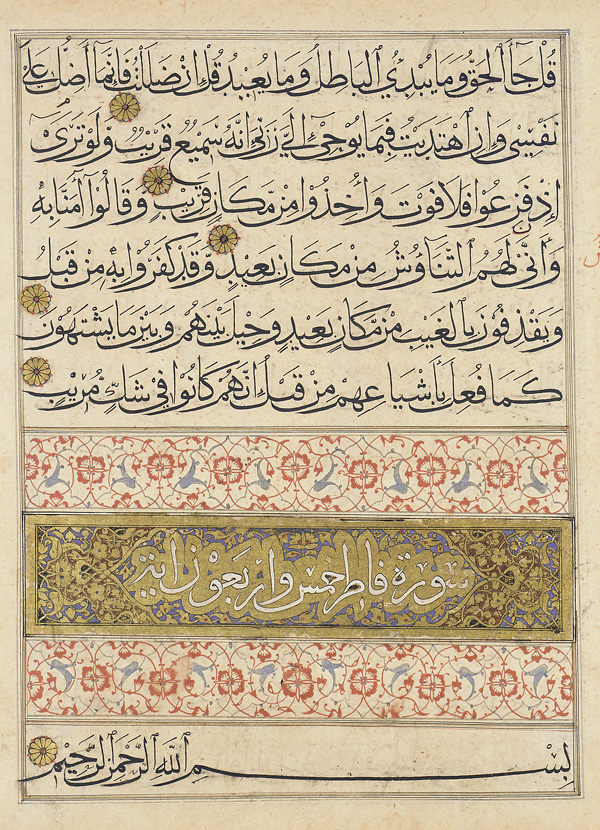 Of course, what I will probably find, if I ever do read this book, is that there’s some support for every interpretation. Even with a novel, readers will often disagree on the meaning, the author’s intent, even the details of the plot. Religious scriptures are far more complex and more ambiguous. There are many stories in the Bible, supposedly the fundamental authority for Judeo-Christian beliefs, that really give one pause. I could (but won’t) cite many Biblical stories in which God, or someone chosen by God, behaves in ways that are hardly consistent with compassion or truth.

There are many answers to this conundrum. Scriptures are transcribed by people (whether or not you believe they’re divinely inspired). They tend to be ancient, and to have been translated and adapted again and again, for different languages, societies and time periods. (In that sense, the Koran one would read today is probably closer to the original, since it has mostly been preserved in the original Arabic.)

In any case, the Koran is on my TBR list, though I do wonder how well an English translation would capture its essence. Unfortunately, I worry that if I were to buy a copy in today’s society, I might be opening myself up to all sorts of trouble – surveillance, persecution, maybe even violence. I wouldn’t download it from an Islamic site, either, for similar reasons.

Maybe it’s available at Project Gutenberg, where you don’t have to identify yourself.

Eighteen years ago today, a group of men supposedly inspired by the Koran perpetrated the deadliest terrorist attack in human history. I can’t begin to understand their motivations; it’s just too foreign to my world view.

It is hard to believe in a benevolent Spirit of compassion when faced with such atrocities.

I will, however, continue to try.

Email ThisBlogThis!Share to TwitterShare to FacebookShare to Pinterest
Labels: books I keep meaning to read, Islam, spirituality, The Koran

I like the way you think. It's a good idea to go the source and see what it says instead of reading other people's interpretations of it. I have the same philosophy.

The only way to accept and live in harmony with other religions is by understanding them. Because of 9/11 and a myriad of other things, anything not Christian-based is horribly misunderstood and feared in this country. Educating ourselves is the only way to move past fear, superstition, and - if you pardon the phrase - fake news.

Welcome by the way! Hope you continue to participate. :)

I actually set out to read the Koran years ago; I still have a copy somewhere (in paper, which will tell you how long ago this was). I'm not a believer myself, but at the time I was still poking around at various religions to see if any of them resonated with me... and I gave up on that before I got around to trying to read the Koran.

I have mixed feelings about trying to read the Koran by itself; partly because I feel like there would be customs and contexts that I'd miss, but also partly because I feel like in some ways it's more important to understand how other people read it than what it actually literally says. But I can see the other side of that, too. Honestly, though... how to say this? All the Muslims I know (and where I live, they're about as rare as bicycles) are just... ordinary people trying to get by, usually quite nice if given the chance to be. That tells me pretty much all I need to know about the Koran.

The only way to understand a religion or anything else for that matter is go to it's source. Good for you!

Glad you're part of the challenge. Great to see you here. :-)
As for your choice, it's fantastic. I am a firm believer that you can only understand if you go to the source. Go you!

Welcome and I hope you'll continue to participate. I think your choice is very interesting... and I think it's important to read and understand where people are coming from. Hearsay never does anything but cause confusion.

I wish you enlightenment when you commence your journey.

What a great thought-provoking post, Lisabet, and how sad that you have to worry about being vilified for your intellectual curiosity. Maybe consider trying a used bookstore or, depending on how paranoid you feel, try a book festival, I've seen folks passing out copies from booths there.

Thanks, everyone, for your encouragement!

And I've enjoyed everyone else's posts.

I've worked with many Muslims, mostly women, for years. They can all read Arabic, in order to read the original Koran, but most of them can't speak it. They are good people, just trying to get by, raising their kids, and worrying about paying bills, just like the rest of us. I don't believe that reading the Koran will change my opinion of people I admire, any more than my many readings of the New Testament help me to understand bigots who discriminate in the name of Jesus. KKK folks consider themselves "good Christians," as does the orange one. I agree with Ghandi's saying that he loves Christ, but not His followers, because they are so unlike Christ.

What I believe is that America is a work-in-progress. Never before has there been a country founded by immigrants, that supposedly (until recently) welcomed all people to come and be a part of the "grand experiment" that is the USA. My neighbor can speak a different language at home, eat different foods, raise her kids differently, and worship in her own way. But I'll watch her house when she goes on vacation, and she'll watch mine. Her freedom ends when she comes in my yard and tells me I have to live like her, and my freedom ends when I try to go in her yard and make her live like me. That's the scary, yet wonderful reality that the USA is supposed to represent. I sincerely hope more people realize and remember that soon, before we actually have another Civil War.

When I told my husband that the Southern Poverty Law Center tracks groups who are trying to encourage the south to secede again, to become it's own theocracy, ruled according to their own "Christian Sharia" laws, he said he'd be glad to be rid of them. Unfortunately, I don't think it would be an easy, or non-violent break. I guess we'd end up like Europe, but hopefully with equally open borders.

Now that's one I hadn't thought of, and it would certainly be worth reading.