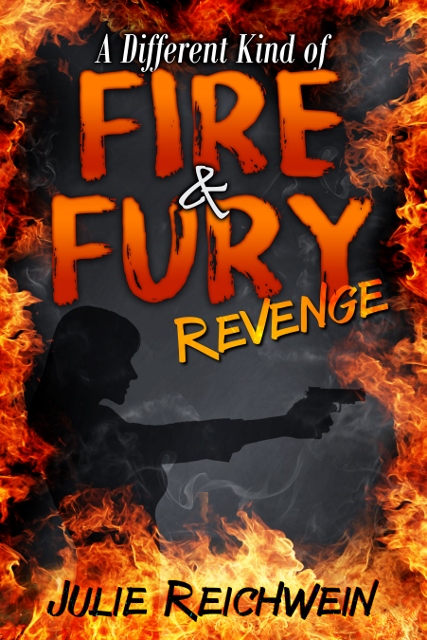 Detective Michelle Velasquez kicks ass with the Santa Fe Police Department, and she’ll need all her moxie May, 2013 as she’s assigned two cases which may be related. She’s assigned a vicious rape case of Maria Acevedo, an intern with the Jones Financial Group, as she gets a call from an old friend, Richard Stanberry III. He’s intent on re-connecting, but she’s suspicious of his motives for good reason.

As she digs into Maria Acevedo’s rape case, she’s assigned a thirty year old murder case of her former friend, Susie Murphy, who happened to be Richard Stanberry III’s girlfriend at the time of her murder. If Detective Velasquez wants to solve both cases, she’s going to have to put her life on the line to uncover some dark secrets that some prefer to stay buried.

“Has he given you problems before?”

“Are you afraid to tell me who he is?” She nodded in the affirmative.

“I wasn’t a person to him. Just a body to poke his dick into for my humiliation.”

“If you tell me who he is, I can arrest him, and you’ll never have to worry about him again.”

Tears started down her cheeks. “Can you tell me why you are so scared of him?”

She said, “Because he threatened me.”

“But you called the police?”
“No. The cleaning crew came in, after closing hours, and found me. I begged them not to call you, but they did.”

“Please don’t make me tell you who he was. He’ll destroy me.”

I said, “You know most rapists threaten their victims to keep them quiet, but they seldom follow through.” As I said it, I didn’t believe a word of it because to confront your attacker would not be easy. I’d shoot the bastard where it counted, if I ever got raped before I’d get dragged through the system. She continued to shake her head from side to side, so I said, “Why don’t we do this. I’ll take you to St. Francis Hospital, and we’ll process the evidence. You don’t need to make a decision, at the moment, on disclosing his identity. If in the future you change your mind, we have the evidence.”

“I don’t think there will be evidence because he used protection.”

“We need photographic evidence of your injuries plus he may have left a hair or two behind.” She shook her head faster, so I said, “It’s just a few photos. Nothing too obtrusive,” but they were anything but. If she named her rapist, her life would no longer be private. But without evidence, I had no chance of an arrest. “Let me take you to the hospital. I’ll call a rape counselor for you to talk to. It’s confidential between you and her.” She nodded. I’d get the son of a bitch because he wasn’t going to get away with destroying Maria Acevedo’s life. #Timesup

I rode with her in the ambulance, to St. Francis Hospital, where I stayed with her through the abysmal experience. They loaded her onto a gurney. They cut her clothes off and replaced them with a gown. Wrapped in a blanket to keep her warm, they shuffled her from room to room.

Once they reached the examination room, they had her stand. They removed the blanket and gown as the nurse held a ruler to the different abrasions while they photographed them. They swabbed her vagina and anus and gave her various shots and pills. After the shots were administered, they aimed a Canon between her legs. Once they had sufficient pictures, they inserted long beaks inside her and smeared her vagina with blue paint to check for abrasions.

When they finished, they let her shower.

Her rapist wasn’t a novice, so I would check the database for any similar reported attacks. Otto and I went home after her rape counselor showed up. I’d get the son of a bitch because the arrogant prick thought he was entitled to take what he wanted, but he didn’t know that I would get the final say. I would be Maria Acevedo’s avenger. Scumbags like her rapist understood one thing, you had to punch back.

I'm a debut author who has long had an interest in crime thrillers and an interest in criminal psychology, specifically, sexual assault. I was stalked two times in my 20's and had to relocate both times as I barely escaped rape both times. I used those experiences in creating one of my fictional characters in the book.

I'm an avid outdoor enthusiast and a lover of animals. I own five dogs and have horses, too. They're my babies.

Julie will be awarding a $75 Amazon GC, and another Amazon GC for $50, to two randomly drawn winners via rafflecopter during the tour.

Thanks for hosting. Who is your favorite author of all time? Bernie Wallace BWallace1980(at)hotmail(d0t)com

Welcome to Beyond Romance, Julie.