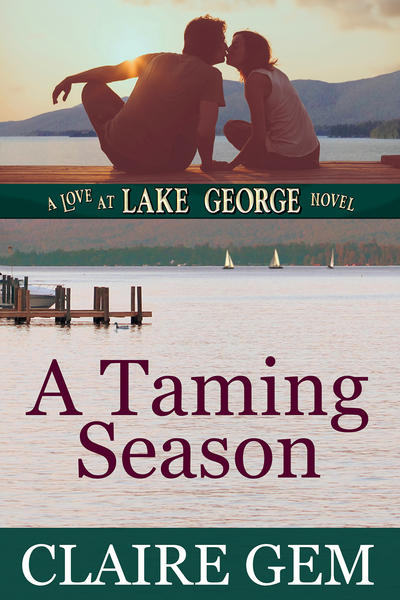 Turn back the clock even farther than the release of my novel . . . back to 2011, when I hired on a new tech at my lab job. Linda was hooked on audiobooks. She was determined to convert me—the paperback/hardcover princess—to the medium.

“I can’t even get used to reading eBooks. My son bought me a Nook for Christmas and I just don’t enjoy it. I like the feel of a book in my hands. I love the smell of ink and paper,” I whined.

Linda raised an eyebrow. “I hear you. I’m just getting used to eBooks myself. But audiobooks? My sister turned me on to them and once I started, I was hooked. How long is your commute, anyway?”

“Just think,” Linda said, “that’s almost an hour and a half of reading time that you’re wasting. At least five days a week.”

Several weeks of badgering ensued, after which she came in one morning and announced, “Okay. Now you have no choice. I’ve given you a month’s gift subscription to Audible. Two credits. That’s two free audiobooks. I’ll be mad if you let them go to waste.”

Begrudgingly, I scouted out the site. I found two books, and I downloaded the first one onto my phone. Since at the time I didn’t have a Bluetooth capability on my car radio, I donned my earbud (only ONE – it’s illegal to wear both while you’re driving) and began my first audiobook experience.

That was seven years and almost a thousand audiobooks ago. Yeah, I’ll admit it. I’m hooked.

Now fast forward to 2015, when two of my books were first published: a novel by SoulMate Publishing, and a memoir by High Hill Press. Neither contract inhibited my rights to produce an audiobook. Yay!

Since then, I’ve had two novels, as well as the memoir, produced into audio. I’ve gotta tell you, there’s nothing like hearing your words—your story—told by a professional narrator. And now, after a long and bumpy road of trying to get A Taming Season made into audio, it’s finally happening.

I’ll admit it—I’m a control freak. I think I can do everything better if I do it myself. I make my own book trailers. I’ve recently started designing my own book covers (Photoshop, you kill me. Thank God for YouTube videos!). So, I thought I’d give narrating my own audiobooks a go. But after I’d researched the technique, spent some money on a professional quality microphone, fumbled through learning the impossible software, and soundproofed my writing studio, I discovered one humbling fact.

I really don’t have a very good narrating voice. Add to that the fact that in A Taming Season, one of the characters is Jamaican, with a pronounced Jamaican accent. I can’t do a Jamaican accent.

Which I was reminded of, not so gently, by the hysterical laughter of my son and daughter when I played for them my “trial runs.”

Let me explain a little bit about how Audible works. There are two ways of hiring a “producer” (i.e., narrator) for your title through ACX (yes, it’s an Amazon company. Get over it.) One can hire a professional narrator for anywhere from $50-500 PFH (per finished hour), or you can see if anyone is willing to produce the title for royalty share. This means it costs you no money up front, but from now until forever, the narrator gets 50% of the royalties your audiobook earns.

My novels average almost 100,000 words, i.e., about 10 finished hours. I simply couldn’t afford to pay a producer that kind of money to narrate my book. I was lucky enough to find Josh Saulter, who did this as a hobby and narrated my debut novel, Phantom Traces, as well as the next Haunted Voices title, Hearts Unloched. A lovely, talented woman by the name of Jane Oppenheimer beautifully narrated my memoir, Maternal Threads.

No one is going to get rich quick on the royalties of audiobooks. So as time went on, it became more and more difficult to locate producers who were willing to take the time and effort required to narrate for royalty share. I searched—and listened to auditions—for quite a number of possible producers for A Taming Season.

Remember, I also had to find a narrator who could do a bang-up Jamaican accent.

From the very first time I heard Sharon Cline’s voice, I knew she was Zoe, my heroine of A Taming Season. I mean, she was her. Exactly as I’d imagined Zoe would sound. And then when Sharon did Jade, the Jamaican character, well . . . there was no doubt. I’d found my producer.

And she was willing to do royalty share 

A Taming Season takes place in one of my most favorite vacation spots in the world—Lake George, N.Y. I’ve spent wonderful summers there ever since I was a kid, and the location is just so magical, I knew I had to write a love story set there. And so, the Love at Lake George Series was born.

Now I am beyond thrilled to announce that very shortly, the audiobook version of A Taming Season: A Love at Lake George Novel, will debut. The link will be added to the Amazon page for the Kindle and paperback versions here.

You know a narrator has done an incredible job when you are listening to a book and the crisis moment brings you to tears—real tears—and you wrote the damn thing!

Thank you, Sharon Cline, for your faith in my work. Thank you for bringing A Taming Season to life in an entirely new way. And thank you for committing to also narrate my women’s fiction, The Phoenix Syndrome, later this summer.

And this revival of an already-published title has inspired me! Sharon’s incredible bringing-to-life of this story convinced me to begin work on the second Love at Lake George novel, Anchor My Heart. Will I be lucky enough to engage Sharon’s incredible talent to narrate this title? Cross your fingers for me, please.

My coworker was right. Audiobooks rock. You need to give them a try.

Three lucky visitors to this blog will win their choice of a digital copy of A Taming Season—or a code to redeem a free audiobook! Simply comment below and tell me if you listen to audiobooks and why or why not. The winners will be chosen randomly and announced on release day for the audiobook in my Author-Reader Group newsletter, which you can sign up for here: http://eepurl.com/burn4f

Here’s the blurb for A Taming Season: A Love at Lake George novel:

Widowed domestic violence counselor Zoe Anderson is going on the most important vacation of her life.

Before she can move on, help other women, Zoe needs to heal herself. She sets out for picturesque Lake George to claim the treasured family cottage she recently inherited. The place where she found happiness—before.

What she finds is a rundown shack.

The neighboring resort mogul, Jason Rolland, whisks in to her rescue, insisting Zoe stay at his upscale Lakeview Lodge. The wealthy, handsome playboy figures he’ll seduce her, then convince the her to give up the crumbling eye-sore next door. He’s been trying to buy the cabin—and demolish it—for years. It’s the last reminder of his own tragic childhood.

What Jason doesn’t figure on is Zoe melting his emotional armor. But with his reputation, can he ever win her heart? Or will their pasts come back to bite them both?

Find A Taming Season on Amazon here for Kindle, in paperback, and on audiobook (coming soon): https://amzn.to/2KlzRIa

Also available for Nook and other formats through Smashwords here: https://www.smashwords.com/books/view/732785 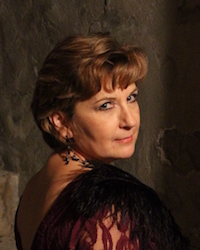 Claire is a multi-published, award winning author of six titles in the genres of contemporary romance, supernatural suspense, and women’s fiction. She also writes Author Resource guide books and presents seminars on writing craft and marketing.

Creating cross-genre fiction she calls "supernatural suspense," Claire loves exploring the paranormal and the unexplained, and holds a certificate in Parapsychology from the Rhine Research Center of Duke University.

A New York native, Claire has lived in five of the United States and held a variety of jobs, from waitress to bridal designer to research technician—but loves being an author best. She and her happily-ever-after hero, her husband of 39 years, now live in central Massachusetts.

I also listen on my commute, and while audio doesn't supply the paper-and-ink physical comfort of books, being able to 'read' and use my imagination during otherwise wasted times works. I prefer non-fiction and genre work on audio, nothing too "literary," and the voice makes all the difference!

I love books and there are so many I want to read. I listen audiobooks while I clean or do dishes. My commute is too short to listen in the car. This way, I have one book that I'm listening to, and traditional books scattered about the house for when I want to sit and read.

I'm the same as you are, jezebelly. Always flipping between mediums...thanks for stopping by!

It's been so long since I've listened to my radio, I wouldn't know how to turn it on! It's audiobooks all the way for me. Thanks for stopping in, Valerie!