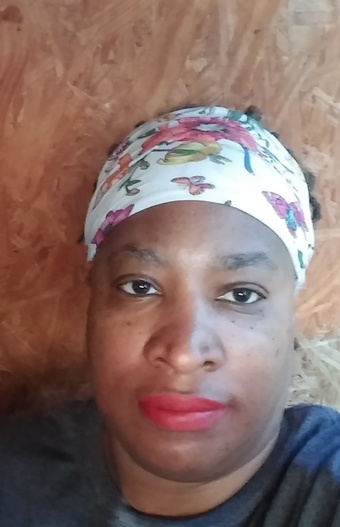 Allow me to introduce myself, my name is Taisha Demay and I’m a writer. Although I can honestly say that almost didn’t happen, but I’ll get on to that in a minute. The writing bug bit me at the age of sixteen when I lucked out and published my first short story and earned a whopping fifty dollars. I know it doesn’t sound like much, but for the year 1978, it was a lot.

I didn’t start out wanting to be a writer, I actually wanted to become a fashion designer, a fact to which my collection of Vogue and Women’s Wear Daily and other high fashion publications could attest. I even majored in art and fashion design in high school and college. I loved the idea of someone walking down the runway in something I created; it had been a lifelong dream of mine. I was even responsible for designing my aunt's cruise wear in which I am proud to say, she loved. And much later the bug kinda got squashed. Oh it didn’t die a painful death, it just got crushed by an Army boot and stayed embedded in it for six years never ever to be rescued, although I still draw on occasion as well as paint. I am crafty and love to knit, crochet and work with my hands.

The way I ended up becoming published was pretty unconventional. I entered a contest in which I had to come up with a caption for a picture that had been posted. The prize was a publishing contract for a year. Ecstatic that I’d won, I hit the ground writing so to speak, and submitted what I thought was my best work. Unfortunately I was mistaken. You see, the manuscript hadn’t been properly written or edited. That’s why it’s important to proof read and hire a good editor. Something I thought I’d done, and paid someone who I thought would help to take the story from being a rusty penny to a bright and shiny copper one. Nope, I was wrong. What actually happened was, she promptly took my money, did a half-assed job. Then to add insult to injury the publisher slapped an ugly cover on it and released it. I am happy to say I promptly got out of that contract and found a publisher who actually cares about the quality of the work its authors put out.

To say that my first publishing experience has jaded me is an understatement. There have even been times when I really wanted to throw in the towel. But fortunately I have the best author friends that are willing to talk me off the ledge when I need it and I remember why I got into this business in the first place, because of the power of the printed word and my love of books, period. Recently I became a full-time writer because before that, I was an angry bitch, as my husband used to say and I am beyond happy that I get to spend hours creating characters that make me smile.

The thing I can say about writing as a whole is that a well-written story can make the most mundane location seem exotic as well as make the reader a part of the story. It can also make them feel a whole gambit of emotions; they laugh, cry and even scream at the characters like they’re real people. An author can make the most misunderstood villains become friends and make readers root for them to get their happily ever after or some much needed therapy. And when they don’t, well we wait with bated breath for the follow-up to be released. Fortunately, I try my best to end most my stories on a happy note.

As an author and reader foremost I get the opportunity to meet fans and share the story of my journey to becoming published. To say it was an adventure would be putting it mildly. But I wouldn’t trade any of the experiences, good and bad for anything in the world. And to anyone sitting on that story, afraid it’ll get rejected, I want to say -- it probably will. Then again maybe it won’t. You won’t know unless you submit it. DO IT. You’ll be glad you did, no matter what the outcome. 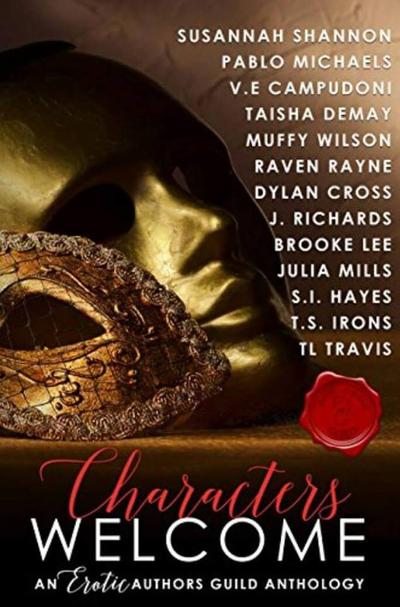 “Relax, you have nothing to be afraid of. I wouldn’t do anything to hurt you. You believe me don’t you?” he reassured her in a deep silky voice.

Swallowing the lump that had formed in her throat, Ciara nodded then whispered, “Yes.”

Smiling, Angelo leaned in and kissed her soundly on the lips. “Good.”

Stepping over to the table he picked up a black fur mitt putting it on his right hand, returning to her and began stroking her with it. Starting with her shoulders and arms, then her breasts and nipples, causing her to whimper as the tacks scrapped her skin. Across her belly, across her hips, skimming her sides, and then down zeroing in on her pussy and clit. Flicking it, causing her body to make jerking movements, as the small tacks touched it, stoking the fire that was beginning to ignite inside her.

Welcome to Beyond Romance! I'm so glad you're managing to make your dreams of writing come true.

Thanks! Although I have miles to go before I am where I want to be, things are going full steam ahead so far!