One thing I’ve learned in my years of writing romance: readers want to know what characters look like. Usually that takes some effort on my part. When I create a character, I often don’t have a clear picture of his or her appearance. Oh, I’ll be able to tell you something about the body type, the hair color, the style of clothing, but ask me (for instance) what color the hero’s eyes are and I’ll have to make something up on the spot!

Some of my author friends find photos of their characters, and use those as they’re writing. I’ve done this, but only rarely. More often, after the book is published I’ll go to the stock photo sites looking for pictures that fit my mental images of the characters.

That’s what I did for The Gazillionaire and the Virgin. In the case of this book, though, it seems as though I knew my characters better, both physically and emotionally. Certainly the book has more description than is normal for me.

I hadn’t expected him to be so big. He’s well over six feet tall, I’d guess, with the shoulders of a football player. A rumpled white shirt and loose trousers hide the details of his body, but I don’t think he’s fat, just large. His smooth, young face seems incongruous paired with his giant’s frame. Shaggy black hair overhangs his forehead and grazes his collar. Behind dark-framed, unfashionable glasses, his eyes dart from one detail of my luxurious office to the next, finally settling on the rust-hued trunks of the redwoods outside my window. He sucks in a deep breathe then releases it in a long sigh. He doesn’t look at me. 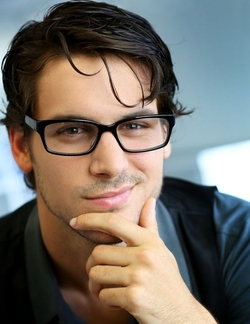 She’s not what I expected. She’s soft and full, not lean and angular like most Californians. None of the gym-toned muscles everyone sports here in the land of sunshine. And she’s young, much younger than someone so filthy rich has any right to be. Her designer watch must have cost more than two months of my professor’s salary. On the other hand, I can hardly complain about her wealth, can I, since my pet project is the beneficiary of her largesse? 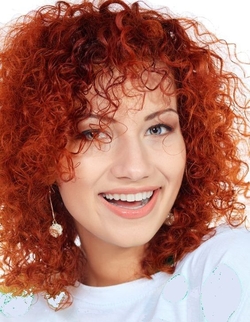 Going through the book, looking for quotes, I realize that Rachel says a lot more about Theo’s looks than vice versa. That actually seems a bit of a reversal, since theoretically guys are supposed to me more visually oriented than women.

But then, as I may have mentioned previously, Rachel and Theo are anything but typical!

Email ThisBlogThis!Share to TwitterShare to FacebookShare to Pinterest
Labels: character description, imagination, The Gazillionaire and the Virgin

I have never been too concerned about what characters look like. Interesting thank you.

I love to know what characters look like. The more detailed the discription, the better I can imagine the characters the way they were in your mind.