[My guest today has a different sort of prize, one that fits the Victorian setting of her book. Read on for details! ~ Lisabet] 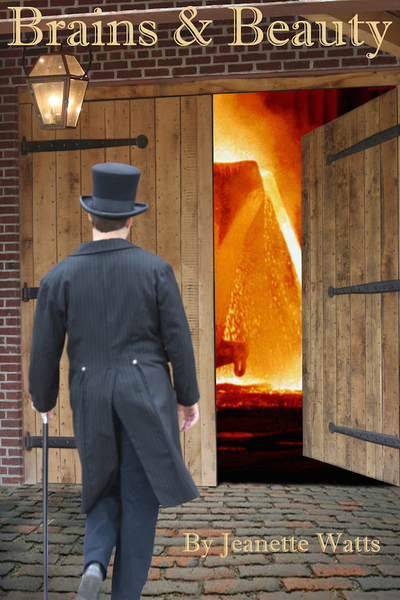 LS: Jeanette, can you tell me a a bit about where the idea for this book came from? It sounds like a pretty original premise.

I wish I felt original! I totally stole the idea of telling the same story, from a different point of view, from Stephanie Meyer. I felt horrible for her when the rough draft for her new novel, retelling the Twilight story from Edward’s point of view, got leaked online. But when she said she was just stopping, and didn’t plan to write anymore, I was a bad person and read what she had so far.

It was the answer to my problem! I had no intention of writing anything more after Wealth and Privilege. I took my cues from Margaret Mitchell and Gone With the Wind – she did her research thoroughly, so did I. She filled the story with bits of history that makes the reader feel completely immersed in the historical events of the time, so did I. She ended the story ambiguously, so did I.

But my readers were wrapping their hands around my neck and saying, “You ARE writing another book!” I’d left the story in the midst of the Schrodinger’s cat superposition. My heroine is both alive and dead. I personally didn’t know which was the answer, any more than Margaret Mitchell knew if Scarlett ever got Rhett back.

I re-read my own book, and my head just exploded. There were so many things to cover! Where was she, what was she doing all the times she disappears out of Thomas’ life in Wealth and Privilege. I ended up with a first draft for Brains and Beauty that was 638 pages… I had to cut back drastically before I went to print.

Besides finding out the number of ways in which things are never what they appear to be in the first book, I also had to answer a question that many readers wanted to know. I actually had one reader tell me, “You don’t have to tell me whether or not Regina is alive or not. What I really, really want to know is, who is the father of Meredith’s baby?”

And honestly, I didn’t know! But I was going to have to figure that out. When I did figure it out, it astounded me. I had no idea when I wrote the first book. But when I put the characters and situations and pieces together, they all fit.

It did give me a hint I will remember for future books; putting in a few minor characters, throwaway cameos with characters that show up for just a little bit, is a good idea. You never know when you might need them in the future!

Regina Waring seems to have it all. A loving husband, a successful business, and the most expensive wardrobe in town. But nothing is what it appears to be. Her husband is critical and demanding, the business teeters on ruin, even the opulent wardrobe is a clever illusion.

Regina’s life is one long tiptoe through a minefield; one wrong step and her entire life is going to blow up and destroy her. Attempting to hold it all together, she appeases the husband, dresses the part, and never, never says what she is really thinking. That would get in the way of getting things done. And, if there’s one thing Regina did really well, it was getting things done.

Enter Thomas Baldwin. Young and handsome and completely off limits, Regina is smitten at first sight. Then, to her great astonishment, he slowly becomes her best friend. He’s the one person in her life who never lets her down. Torn between her fascination with him and her desire not to ruin a marvelous friendship, she tries to enjoy each moment with him as it comes.

If only that were enough.

There was grunting, and the sound of wood groaning, and then a wet thump as they lifted and threw something. Regina could tell that there was a little more room behind her shoulder blades. There was more grunting and dragging and thumping. Then she heard them both groan.

“What’s going on back there? Have I been cut off at the waist?” she asked. Not being able to see what was wrong, or the progress they were having, was making her anxious.

“The next layer is completely wedged in. We can’t do this without tools,” Isaac told her.

Both men hurried away from her, making her worry for their safety. She had also found their company reassuring. What if neither one of them was able to find her again?

That’s when she saw the flickering orange glow in the distance. “No.”

Yes. It didn’t seem possible – but in the midst of water floating below, and pouring from above, something had caught on fire.

Regina started listing in her head all the accelerants that might be contained in a single drygoods store: tar, pitch, turpentine, kerosene. How many homes used all of them? How many gas lines were ruptured all over the city? How many wood stoves were knocked into them? There was no way this heap would NOT be set on fire.

And here she was, stuck, in the middle of it. No doubt about it, she was about to die in the same town in which she was born. It was a shame, really. She had such high aspirations. 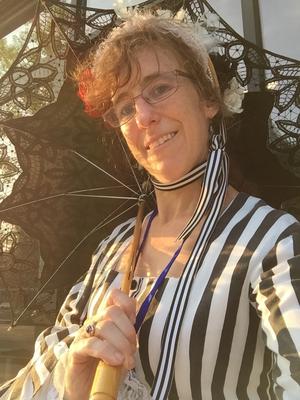 Jeanette Watts only lived in Pittsburgh for four years, but in her heart, she will always be a Pittsburgher. She missed the city so much after her move to Ohio, she had to write a love story about it.

She has written television commercials, marketing newspapers, stage melodramas, four screenplays, three novels, and a textbook on waltzing. When she isn’t writing, she teaches social ballroom dances, refinishes various parts of her house, and sews historical costumes and dance costumes for her Cancan troupe. 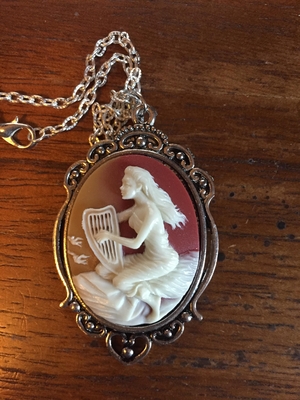 Jeanette Watts will be awarding a Victorian cameo necklace to a randomly drawn winner during her tour. Use the Rafflecopter below to enter!

A warm welcome to you, Jeanette!

The cameo is lovely.

Thank you so much for having me on your site, Lisbet!

Let me spell it right this time... thank you, LISABET...!

Jeanette, I'm so sorry about not including your post about the genesis of your book at first. Great story!

What a gorgeous Cameo! Thank you for the chance to win!

I would love to win!

my rafflecopter name is aarone mawdsley

It would be great to win. Thanks!

Thank you for this opportunity! I hope to win, as I would treasure it always!

This looks like a good book. The necklace is very pretty!

Love cameos but never own one. This one is gorgeous.

The cameo is so lovely. Call me old fashioned.

How many books do you write in one year ?

I would love to win this beautiful necklace!

that is a sweet necklace

I love the fact that the author did some research. To make it makes a story or a book more interesting and when you read it you get immersed in that time period and what things were really like :)

very interesting book and very nice necklace. I have read with pleasure your article!! thank you!

very interesting book! i have read with pleasure your article! thank you! and so pretty necklace!!!

Love cameo jewelry! It would make the perfect Valentine's gift to myself if I were to win! :)

what did you do to write wonderfully