The Principle of Love 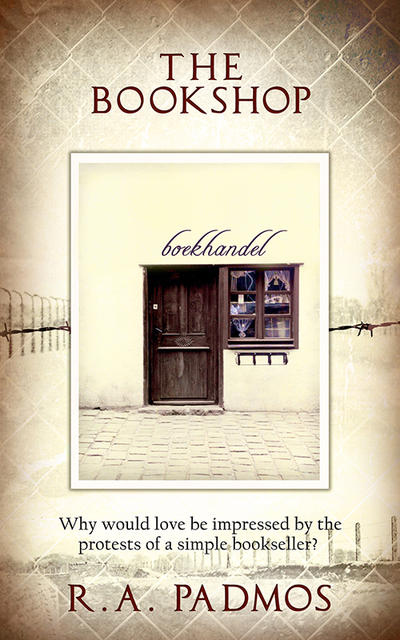 The Bookshop tells the story of a Dutch bookseller, Jakoba Huyzen. Although the timeline stretches out over most of the twentieth century, the occupation of Holland by the Nazis lies at the centre of Jakoba’s memories. It’s probably not that hard to imagine the impact those five years had on the people who were alive at that time. Even if we realise that for some it were years of unimaginable suffering while others simply went on with their daily business, all had to make some hard moral choices. To resist the Nazis came at a price, but so did doing nothing. Many German soldiers were decent guys, but they were still part of an army that fought for a criminal state. Of course Jews were our neighbours, but should we be expected to offer them a place to hide if it meant that our own children risked losing their parents?

Jakoba first and foremost sees what connects her with other people, not what makes them different. Her staunch refusal to consider people as anything other than complicated individuals who should never be judged solely by their sex, religion, sexuality or nationality doesn’t change simply because it’s war. Her circle of friends is as eclectic as the books she sells in her shop. It’s for that reason that she sees no contradiction in helping Jewish friends and her love for German propaganda photographer Armin. To her both forms of love are closely connected and she stubbornly refuses to allow herself to step outside her own philosophy about right and wrong. If a price has to be paid, then let it be so.

Even I, who had resisted kicking and screaming, had to admit defeat. Why would love be impressed by the protests of a simple bookseller?

Jakoba has had enough. It is 1999 and she looks back on her life that began at the start of the century. Her arrival was unexpected, but joyfully welcomed, by her middle-aged parents. In a time where a middle-class girl has one destiny, namely to become a wife and mother, Jakoba is allowed to start working at a bookshop. Books become one of the loves of her life. Later she will inherit the shop.

She values friendship, but romance has no meaning for her. She values her independence too much and knows all too well what price women pay for being married.

It is German army photographer Armin who will change the course of her life. Jakoba is forty when she meets him. Armin is almost thirty, and Germany has occupied Holland. It does not matter. For him, she’s the one, and despite her hesitation both because of the war and because she can’t understand what this handsome man sees in her—a plain woman—she has to admit her feelings for him.

Such love has consequences for both of them that will reach far beyond the war and in ways Jakoba could never have imagined.

We were standing so close that we could have touched, but we didn’t. The distance, however small, was something neither of us tried to bridge. Someone knocked on the door, a soldier in the uniform of the occupiers asked something in German and I remembered where I was and Someone had noticed me and it was impossible for me to turn the time back to the shadow of anonymity. Just because I had seen hundreds of customers come and go, many a hundred times and more, did not mean all those people had taken much notice of me beyond my function as shop owner. Armin Deutz didn’t want to buy or borrow from me or didn’t even seem to require my friendship. I had no idea what he did want.

* * * *
I so intensely wanted to touch him, there in that darkroom between the photos. My hands almost hurt from the memory of how much I wanted to touch him on that day in 1940, so many years ago. That longing never went away, and to me that has always remained one of the biggest mysteries of all.

The Bookshop is available at: https://www.totallybound.com/book/the-bookshop

Thank you so much for hosting me. It's always great to be here.

This sounds like such a lovely, original book, R.A. I am really looking forward to reading it.

Thanks for sharing with my readers.

I find it near impossible to say much positive my own work beyond "I did my honest best, I only wish the story had found a better writer", but I guess that The Bookshop is somewhat original within the genre. (the reader is free to like or dislike, I totally respect that)