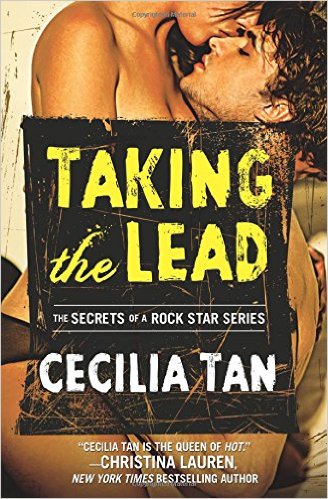 Heiress Ricki Hamilton has it all, or so it would appear: designer gowns, Ivy League degrees, a house-sized wing of her own in the family mansion, a chauffered limo, dozens of staff at her beck and call. She’s as renowned for her icy self-possession as for her intelligence and beauty. But it’s all a mask. Ricki is juggling all sorts of issues. There’s the secret BDSM club in the mansion basement, which her recently deceased grandfather requires she maintain—the global media company she owns but, according to the will, isn’t yet allowed to run—her grandfather’s lecherous, power-hungry second-in-command, who wants to control both her and the corporation—her irresponsible, alcoholic father—the lingering pain of her mother’s death two decades earlier under mysterious, possibly kinky circumstances. Ricki responds to all this pressure by keeping a tight rein on her feelings and shunning publicity.

It’s a media stunt, not a real kidnapping, at the Grammy Awards show where Axel’s band The Rough performs their hit “Kidnap My Heart”. Ricki isn’t even supposed to be the victim. When Axel catches sight of her, though, he can’t resist his sudden urge to change the script. Something about the lovely, untouchable heiress speaks to his dominant side. Going purely on instinct, he coaxes Ricki to pleasurable surrender that astonishes them both. The connection between them is too strong, too real to ignore, or so Axel would like to believe. However, despite the way he has touched her—both physically and emotionally—Ricki believes she can’t afford to have the impulsive, media-hungry rock idol in her already-too-complicated life.

This is, of course, a classic romance scenario. No one will be surprised to discover that Axel eventually wins over the reluctant heiress, as well as opening her to her latent submissive urges. It’s so much fun, though, to be taken along for the ride.

Axel is a fabulous hero. The world sees him as a sex god, but in fact he’s a surprisingly humble and down-to-earth guy, who, refreshingly, acts his age (mid twenties). He takes his music seriously; it’s a fundamental part of who he is. Fame is new to him, though he’s having fun with the perqs. He’s astonished when his group wins a Grammy.

After many enjoyable but fleeting encounters with fans, his enduring need for Ricki both surprises and thrills him. As a Dom, he’s delicious, both challenging and cherishing Ricki. I loved the fact that he doesn’t always know what he’s doing, just following his intuitions.

This is one of the best comments on how kink works that I’ve ever read.

Ricki’s a bit harder to believe in. I suppose this is partly because I haven’t met many twenty-four year old millionaires. Still, given that she’s a child of the digital age, her fear of the media struck me as somewhat implausible. After the transcendent, cleansing experience of her early encounters with Axel, would a woman in her position really push him away so resolutely? I wouldn’t!

Of course, the plot of a romance requires obstacles. In Ricki’s case, there are so many that it’s difficult to keep track of them—though mostly they reside in Ricki’s mind.

These are quibbles, though. What set this book apart, for me, are the love/sex/kink scenes. Ms. Tan’s descriptions of Axel’s and Ricki’s encounters are more than just incredibly arousing. They’re full of insight, emotional nuances, truths to which I can vouch from personal experience. Ms. Tan understands how power exchange works and she brings that knowledge to the page. She also manages to communicate how dominance and submission can offer not just incandescent pleasure but soul-deep healing. Ricki requires the surrender Axel coaxes from her, to balance the warring factions in her personality and claim the strength to manage her complicated life.

I might not have fully believed in Ricki’s character, but I had no doubts about her connection with Axel. Love, lust and imagination align to provide both characters exactly what they need.