Into the folds of darkness... #ScienceFiction #Reincarnation #Apocalypse 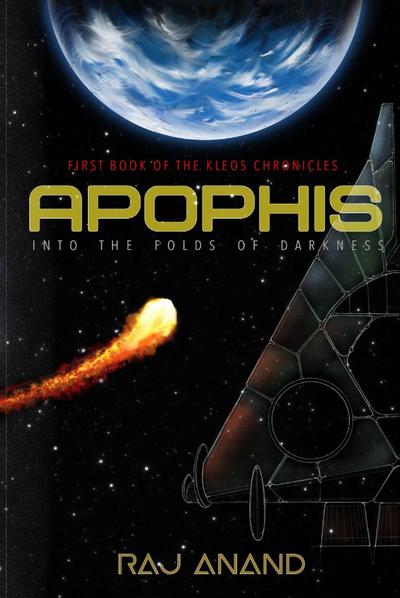 January, 2022: A dark monstrous twin-headed apparition – Apophis – feverishly races past the expanse of the Milky Way galaxy and bolts to the edge of the solar system. Recklessly accelerating, the sinister rock-dyad enters the gravitational keyhole of the blue planet and continues its resolute inebriated journey – to soon arrive with an apocalyptic impact on Earth.

December, 2012: Five sentient beings born in different cities – New York, Hong Kong, New Delhi, Azores Islands and Istanbul, discover amongst haunting memories of their phantasmal past lives, that it is their destiny to save humanity from the evil forces unleashed by the alien fiends – the Skyllats.

And now, the reincarnated 9-year-olds must rely on their shared, ancient wisdom to prepare humanity for the war across the galaxy that is imminent.

“Agasthi, you must learn to draw the sacred symbol accurately,” implored the Ban-Jhakrani or the forest shaman, wrapped in a resplendent white dress with a crown of tall peacock feathers. Her extraordinary life etched on a relucent wrinkled face, she continued to pry stirring sounds from her shaman’s drum that reverberated across the mountains.

“Nata, what does ‘sacred’ mean?” asked the playful six-year-old moon-faced Agasthi with light gray eyes. Her loose, white, flared top and pants, twirled in the wind along with her.

“The ‘sacred’, is a space and thought held within the folds of the benevolent earth mother,” explained the Ban-Jhakrani.

“Nata, what does ‘benevolent’ mean?” the left-handed Agasthi, wondered.

The forest shaman laughed, “You are certainly an inquisitive young shaman; blessed by the primordial essence that unites us all. Now help me to place these peacock feathers, rice, and leaves within this sacred space. For I have much to teach you, but my time in this form…is limited.”

The large geometry drawn vividly on the forest floor, with red and yellow colors, was part of an ancient shamanic invocation to contact the mysterious forest spirits that remained nestled within these thick jungles. The forest adorned with the reverberant sounds of birds, animals, cicadas, scrambling waterfalls, and a bone-chilling wind that swooped across the Himalayan mountain range.

Agasthi, her name embodied in an indecipherable wisdom, followed her grandmother’s instructions while the Ban-Jhakrani added her chanting to the pulsating sounds of her shaman’s drum, to open the doorway of a limitless realm beyond time. And a beguiled crested goshawk swooped down and perched itself on her left shoulder.

The Ban-Jhakrani’s ancient incantations to initiate the young shaman began to increase in pitch and intensity as Agasthi sprinkled water over the rice, leaves, and peacock feathers. Soon the young girl became assiduously immersed in the spirits of the forest, before her eyes began to dilate and magnified all that surrounded her.

Agasthi, held within a trance, became drawn to a prodigious green leaf lying within the sacred space. She dropped to her knees and meticulously examined the giant blade; her dilated eyes following the mid-rib and the veins that branched off it as well as an occult dewdrop, which hovered just above the surface of the leaf.

Mystified, Agasthi peered deeper into this amplified, spherical, translucent world – seeded with infinite moons and stars – when an eerie, dark colossus with a serpent-like head and carmine eyes emerged. Swimming within this dark sea, it swallowed entire moons and numerous stars, before it turned and glared at a petrified Agasthi.

The charred monster abruptly shot across this uncommon convex world with its fangs bared, and a roar that pierced the young girl’s skin. A trembling, horrified Agasthi let out an unrelenting, terror-stricken scream that echoed across the forest before she collapsed, unconscious.

The Ban-Jhakrani stood over her granddaughter and smiled. What she had hoped for had become – the forest spirits had acquiesced. Agasthi had travelled across an immeasurable realm, and experienced an epiphany – a vision – for the very first time. The forest shaman patiently waited for several hours for the young girl to step out of her dreamworld.

“What happened, Nata? Did I fall asleep?” Agasthi asked when she finally stirred.

“No, my dearest Natini,” the Ban-Jhakrani whispered. “You drifted into a shamanic dream. An unerring state of being when multiple truths are revealed if your heart is pure. Search yourself and then speak of what you saw, for it is very important.”

The young shaman stared at her grandmother, while the recondite, eerie charcoal-black serpent reappeared and a petrified Agasthi began to quiver.

“Do not be afraid, my child,” assured the grandmother and held her left hand.

“A darkness that shamans have meditated upon…for thousands of years…has arrived,” mumbled Agasthi, lost within her trance.

“Why?” the bewildered forest shaman inquired.

“For a balance disturbed for so long…must be remedied…a justice delivered,” answered the swaying Agasthi and turned to stare in the direction of the sun.

“Who delivered this message?” questioned the Ban-Jhakrani, overwhelmed by the young shaman’s inconceivable first pronouncement.

“It was the Whisperer!” 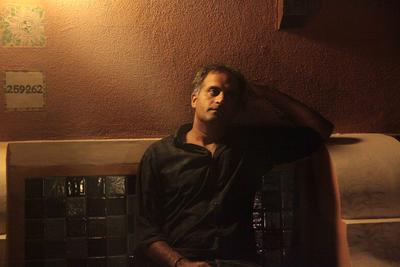 Savinder Raj Anand is an architect and has been teaching Architecture & Design at various Universities in India for more than 12 years. A long-distance runner with a wanderlust to explore the world, and write stories that traverse across diverse cultures. He lives in Goa with his daughter, a dog, and two cats.

Inspired by his then 18-month-old daughter – when she quoted Socrates – while they together sat in a children’s bookstore in Bangalore (LIGHTROOM) in early January of 2015, he has completed this – his first book – as she turns 7 years old.

One randomly chosen winner via Rafflecopter will win a $50 Amazon/BN.com gift card.

This sounds waaay cool! It should be a big hit, not the usual!

Welcome to Beyond Romance. This sounds like an ambitious novel.