Behind the Book: Why I wrote The Cabinet - #history #giveaway #GeorgeWashington @LMChervinsky 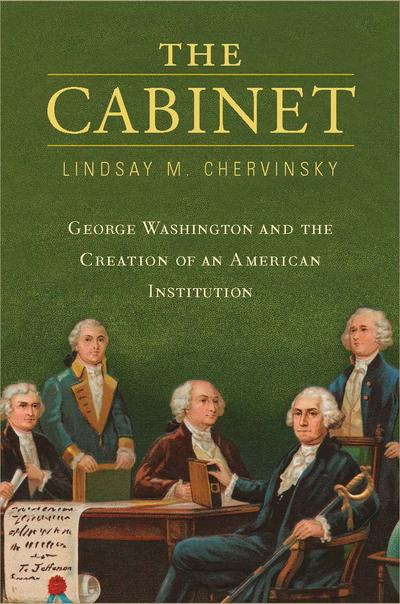 Most historians are inspired to write a book when they come across a question and don’t know the answer or can’t find it in an existing book. I’m no different!

I wanted to understand more about the origins of the president’s cabinet in the early years of the United States and I couldn’t find anything that answered my question. I read all of the books I could find about President George Washington, Secretary of State Thomas Jefferson, Secretary of the Treasury Alexander Hamilton, Secretary of War Henry Knox, and Attorney General Edmund Randolph. All of the books mentioned the cabinet and referred to the secretaries’ interactions, but no one explained where it came from, how it got started, or why.

So I decided to tell that story. From the very beginning, I was convinced that this tale was an important one to tell. The cabinet isn’t in the Constitution, yet we can all see that it still exists and wields an enormous amount of power. But as I completed my research and started to write, I discovered that the cabinet was even more central than even I had imagined. No legislation or constitutional amendment was ever passed to create the cabinet and there is very little public or congressional oversight over the president’s interactions with the department secretaries. As a result, Washington’s precedent governed his successors and continues to guide modern presidents.

I hope readers will take away a few lessons or concepts from reading The Cabinet. First, I want them to see the first cabinet as a group of intensely flawed, interesting humans. These guys weren’t marble busts! They had big personalities, opinions, passions, and quirks. That’s a much more interesting story than captured in your high school textbook.

Second, I hope readers will come away with a sense of the anxiety and intensity of the 1790s. In 2020, we know that the republic experiment worked, but they didn’t at the time. They were terrified that one misstep would lead to the downfall of the nation and they didn’t want to responsible for that fate. Similarly, there wasn’t a road map for Washington and the cabinet to follow; they were kind of making it up as they went along. They did their best and should be remembered as such, but they didn’t have all the answers.

Lastly, I hope readers will get a sense of just how much of our current political system is built on custom and norms. Most of what governs the daily activities of office holders isn’t written down, but instead is a bunch of commonly-accepted best practices established by previous politicians. That’s both an opportunity to advocate for change citizens don’t approve, but also doesn’t provide much legal protection against bad behavior. I hope that The Cabinet will provide some context for our current moment and offer some food for thought about what might be possible in the future.

The US Constitution never established a presidential cabinet―the delegates to the Constitutional Convention explicitly rejected the idea. So how did George Washington create one of the most powerful bodies in the federal government?

On November 26, 1791, George Washington convened his department secretaries―Alexander Hamilton, Thomas Jefferson, Henry Knox, and Edmund Randolph―for the first cabinet meeting. Why did he wait two and a half years into his presidency to call his cabinet? Because the US Constitution did not create or provide for such a body. Washington was on his own.

Faced with diplomatic crises, domestic insurrections, and constitutional challenges―and finding congressional help lacking―Washington decided he needed a group of advisors he could turn to. He modeled his new cabinet on the councils of war he had led as commander of the Continental Army. In the early days, the cabinet served at the president’s pleasure. Washington tinkered with its structure throughout his administration, at times calling regular meetings, at other times preferring written advice and individual discussions.

Lindsay M. Chervinsky reveals the far-reaching consequences of Washington’s choice. The tensions in the cabinet between Hamilton and Jefferson heightened partisanship and contributed to the development of the first party system. And as Washington faced an increasingly recalcitrant Congress, he came to treat the cabinet as a private advisory body to summon as needed, greatly expanding the role of the president and the executive branch.

At eleven thirty in the morning on August 22, 1789, a large cream-colored coach pulled up to the front door of Federal Hall at 26 Wall Street in New York City. Six matching, perfectly groomed horses pulled the elegant carriage with sparkling gold trim. The coachman, outfitted in crisp white- and red-trimmed livery, jumped down from the back of the carriage and opened the door. An elegantly dressed man with powdered hair stepped down with a portfolio of papers under his arm. He towered over his companion, Henry Knox, the acting secretary of war, and his slaves tending to his horses. His ornate coach and his imposing presence drew curious stares from strangers passing by on the street. He walked up to the front door of Federal Hall and was immediately announced to the Senate. George Washington, the first president of the United States, had arrived for his first visit to the United States Senate.

This was no ordinary meeting. Two years earlier, the delegates at the Constitutional Convention in Philadelphia had agreed that the Senate would “advise and consent” on treaties and other questions of foreign policy. But in practice, how the president and the Senate would interact remained for the first officeholders to work out…. 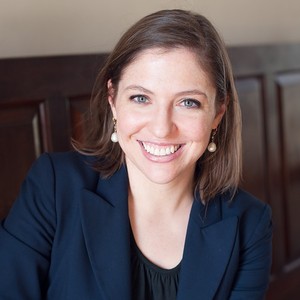 Lindsay M. Chervinsky, Ph.D. a historian of Early America, the presidency, and the government – especially the president’s cabinet. She shares her research by writing everything from op-eds to books, speaking on podcasts and other media, and teaching every kind of audience. She is Scholar-in-Residence at the Institute for Thomas Paine Studies and Senior Fellow at the International Center for Jefferson Studies. Previously, she worked as a historian at the White House Historical Association. She received her B.A. in history and political science from the George Washington University and her M.A. and Ph.D. from the University of California, Davis. She has been featured in the Law and History Review, the Journal of the Early Republic, TIME, and the Washington Post. Her new book, The Cabinet: George Washington and the Creation of an American Institution, was published by the Belknap Imprint of Harvard University Press on April 7, 2020.

The New Criterion recently said of her book, “Fantastic…Unlike many works of popular history, The Cabinet never feels like hagiography. It lacks the reverence of works like Joseph J. Ellis’ Founder Brothers or the revisionist obsequiousness that now greets Alexander Hamilton’s name on stage…Chervinsky exemplifies the public-history ethos in her new book. The writing is clear and concise…She takes what could have been a dry institutional and political history of the Early Republic and transforms it into a compelling story of people and places.”

When she isn’t writing, researching, or talking about history, she can be found hiking with her husband and American Foxhound, John Quincy Dog Adams (Quincy for short).

Lindsay M. Chervinsky will be awarding a $50 Amazon or Barnes and Noble GC to a randomly drawn winner via rafflecopter during the tour.

A warm welcome to Beyond Romance. I think you're the first true historian I've hosted, though I've had a number of guests who wrote historical fiction.

The book sounds fascinating - and very timely. I hope the tour goes we..

Which character was hardest to write for?

Lisabet, thanks so much for hosting me!

Bernie, thanks for your question! Edmund Randolph was the hardest for me- most of his papers don't exist or aren't collected in one place, so it was really hard to know what he was thinking. But it was a really fun challenge!

Very interesting. Thank you for sharing.

I love the cover. It sets the tone for the book.

This is so important. Thank you for feeling the need to write this.

I LOVE history especially books about the Founding Fathers. Will be adding to my TBR list.

I always say you learn something new every day!

Thank you for sharing about this most informative book. It sounds quite interesting.