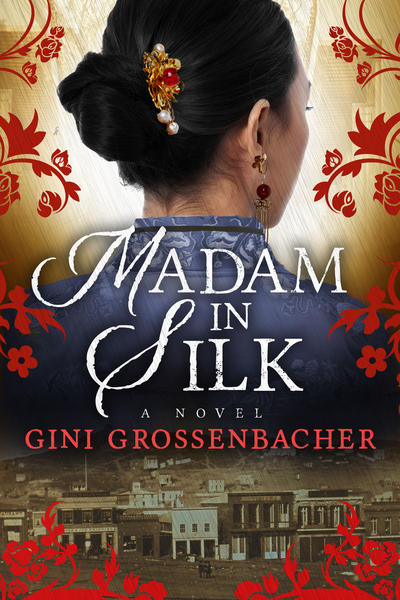 San Francisco,1849. Despite her objections, twenty-year-old Ah Toy and her servant Chen voyage from China to San Francisco with her husband who dies on board ship. With little cash and bound feet, how is she to find employment in the Gold Rush town? Since she is the only Chinese woman there, she opens a "Lookee Shop," catering to miners who pay in gold dust to see her exotic beauty. As her notoriety grows, so does her attraction to the devoted policeman, John Clark. Yet should she put her faith in one man? Will their love survive despite her frightening encounter with Sydney Ducks, threats from rival madam Li Fan, and a tempting offer from Henry Conrad who promises her wealth and security? Armed with her mystical beliefs of the inner dragon and Goddess Mazu, Ah Toy faces much more than the journey from the ancient ways in China to the new world in America. In fact, she must find the true source of courage in a life or death struggle for her own fate, justice, and dignity. Based on page-turning accounts about the life of Ah Toy, one of San Francisco's most legendary madams.

After she swallowed what seemed like a rock, she found her voice. “If you knew this Mr. Painter, why did you not contact us in Guangdong?” If only her dragon would reach out its fangs to bite him.

“I tried, but even when I sent your husband the letter, I knew you would not receive it by the time you sailed. News came too late.” He twisted the brim of his cap.

“Now what do I do?” Those dragon fangs would tear off that hair on his face. Then she would feed it to the chickens.

He reached into his inner coat pocket, drew out an envelope, and held it out to her. “Here is money to get by for a month. Lodging, room and board.”

“Only a month?” She took the envelope, her hands trembling.

Painter’s patient tone grew curt. “I got you a room in Little Canton until you can get another ship’s passage home. You better leave on the next sail. Believe me, without a job you are a gone circumstance amidst all these varmints.”

“What are varmints?” she asked.

He tapped the badge clinging to his lapel. “Men with no good intent. You’ll see men who call themselves Hounds from New York who parade around town with fife and drum. Stay away from that lot. They prey on immigrants, such as your fellow Celestials and Mexicans. . . .

She took a half-step toward him. “I am strong. Willing to work.” Maybe if she said the words, they would come true. Was her dragon listening?

An Asian woman on her own in the wild, unruly boom town of San Francisco, Ah Toy supports herself in the only manner feasible: by running a brothel. Assisted by her faithful servant and long-time friend, the eunuch Chen, she builds a prosperous new life in the young, vibrant California territory. She must use every bit of intelligence and persuasiveness she can muster to hold her own against the xenophobic white men and corrupt Chinese who control the city. Meanwhile, her deceased husband’s brother has vowed to bring her back to Guangzhou and make her his wife, even if that means kidnapping her. Ah Toy knows from dire experience that marriage is a prison for a Celestial woman. Still, when wealthy businessman Henry Conrad proposes, she’s tempted by the security such a union would offer – though her heart truly belongs to rough and ready policeman John Clark.

I live in Asia and I’m quite familiar with San Francisco, so I was eager to read Gini Grossenbacher’s historical romance, especially when I learned the main character is loosely based on an actual person. I love books that bring the past to life, letting me see, hear, smell and taste that vanished world. I want to understand how the people of the period felt, how they talked, what they believed.

Madam in Silk partially succeeds in fulfilling these desires. In some ways, Ah Toy felt very real. For the first time, I really understood how bound feet, the mark of a high-born Chinese woman, meant permanent disability. Ah Toy lives in near-constant pain. She’s forced to rely on a donkey-drawn wagon when she needs to travel any distance at all. And without slippers to cover her misshapen, broken feet, she can’t even stand.

Ah Toy’s enthusiasm for her independent life in her adopted country also rang true. With all the difficulties and uncertainty she faces as one of the only Chinese women in San Francisco, her position is far better than when she was the abused wife of a cruel Guangzhou tycoon. She is living by her wits, but is mistress of her own fate.

On the other hand, aside from the changeable weather (which definitely reminded me of my own sojourns in the city), I didn’t really get a strong sense of place from this book. I know the streets were muddy and unpaved, but I don’t know what the buildings looked like, whether there was traffic, what people wore. The ubiquitous hills of San Francisco are barely mentioned. There’s little description of Ah Toy’s “parlor house” brothel, aside from the fact that the girls met their clients downstairs then took them to bedrooms upstairs.

Indeed, the entire question of Ah Toy’s profession is treated with surprising brevity. I was rather astonished by the speed with which she agreed to purchase indentured young women to populate bawdy house, given her own experiences as her husband’s chattel. Of course, this could be plausible given the class and status differences. She might not have felt any sort of connection to the poverty stricken creatures. Once she has given the girls some instruction and set them up, we hear almost nothing about the operation of the brothel, except that it has been successful in enriching Ah Toy. I would have liked more period details – and I would have liked to know whether Ah Toy was really satisfied with her occupation as a madam.

I did appreciate the differences in attitude between Ah Toy herself and her American friends, the Daileys and the Larkins. The Western women view her profession as sinful and wicked; Ah Toy’s own perspective is much more pragmatic and distinctly Asian. This struck me as realistic and insightful. Furthermore, her exposure to Western culture has made her aware that others will view her life as shameful, even though she personally feels no shame.

Madam in Silk is not only a historical novel. It is also a romance. In this case, I felt the two genres did not meld very well. Although John Clark is appealing, even with his flaws, it was difficult for me to believe that Ah Toy would so willingly give up her independence just to be with him. I had many questions. Would she continue to operate her “parlor house”? Once she was Mrs. Clark, would her husband treat her as immoral and sullied, like her other American friends?

It’s clear that Gini Grossenbacher did extensive research for this novel, but I know from personal experience that it’s difficult to transform historical facts and events into a vibrant, compelling sense of daily life in the period of interest. I enjoyed Madam in Silk, but I also found it a disappointment in some respects. It was not exactly the all-consuming immersion in the past for which I was hoping. 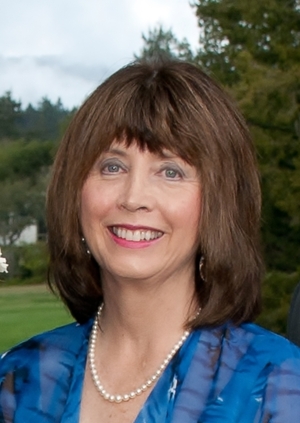 MADAM IN SILK is California teacher and editor Gini Grossenbacher’s second historical fiction novel. Her debut novel MADAM OF MY HEART garnered the 2018 IPPY silver medal for Historical Fiction; finalist in the 2018 American Fiction Awards for Historical Fiction;  honorable mention at the 2018 San Francisco Book Festival for General Fiction; and runner-up in the 2017 Hollywood Book Festival for Genre Fiction. She is also a copyeditor and leads an aspiring writers group called Elk Grove Writers and Artists, providing lessons in novel writing, memoir, poetry, and flash fiction. When she’s not writing, Gini can be found taking long walks, tending the roses in her garden, and barbecuing with her husband and beloved dog, Murphy Brown.

Gini Grossenbacher will be awarding a $10 Amazon or Barnes and Noble GC to a randomly drawn winner via rafflecopter during the tour.

Welcome to Beyond Romance! I hope your tour does really well.

I liked the excerpt, sounds good.

Thank you for hosting today

What an interesting premise for a romance book. The cover is gorgeous.

I love the beautiful cover.

How did you do your research for writing this novel?