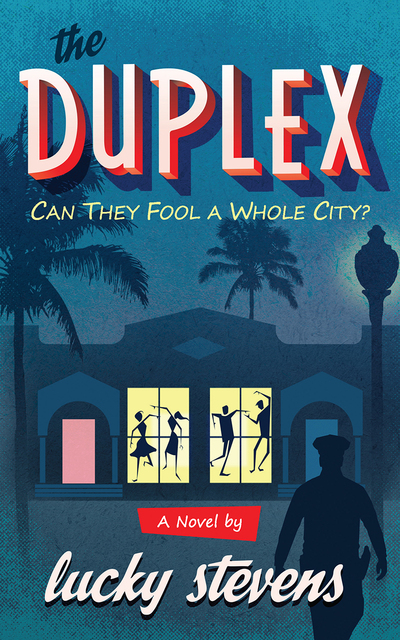 THE DUPLEX is a thrilling tale, set in 1950s L.A., of four gay friends who hatch a daring scheme to live life on their own terms, during a time of systemic governmental persecution.

Los Angeles, 1956. Shangri-La. Palm trees, swimming pools, movie stars. And if you’re gay—persecution. In a society that demands conformity and lockstep conventionality, gay people find out quickly and the hard way, how difficult, dangerous and downright terrifying it is to be different.

So, when the constant fear of arrests, evictions, job loss and ridicule become too much, four gay friends and lovers pull together to hatch an ingenious scheme designed to allow them to live freely, without harassment.

But their secret plan is not without its flaws. Internal struggles and personality conflicts conspire to make their situation harder and more life-altering than any of them could have predicted, leading to valuable and universal lessons about the high cost of blending in—or not.

I had just entered Eddie’s. I had been there many times before and everything seemed normal. I was there to meet my girlfriend, Dot. I like Eddie’s neighborhood feel. It kind of reminds me of back home, Brooklyn. It is a nice place since both men and women go there, giving you a little more protection, like if there seems to be a raid about to happen, they will belt out The Star-Spangled Banner over the hi-fi. When this happens, that is the signal for the men to partner up with the girls and visa-versa. Play a little Tarzan and Jane. Two times it has happened since I started going to Eddie’s and it honestly scared the hell out of me. I mean you feel like a little kid about to get a beating from your father.

Anyways, that is how come when I saw this character moving quickly toward me from the men’s room at Eddie’s that night, I did not pause but just grabbed his arm and let him lead me out. I knew this fella must be in trouble. Oh, I’ve been around, and I know about all the entrapments that go on with the boys. So anyways, this fella, nice-looking, takes my arm and I grab back right away while he tells me he needs my help. So he spins me on my heels and out the door we go, fast, but not too fast. I sneak one last look over my shoulder before we exit—nothing.

Once we are outside, we keep up the pace and he immediately takes off his jacket, bundles it up, and holds it to his gut with one arm. He takes his other arm and puts it around my waist and pulls me close.

“Say, you’re chilled to the bone. Like a big shrimp cocktail,” he says.

“Shrimp cocktails do not have bones.”

He smirked. “Yes, and you’re not in a fancy glass soaked in cocktail sauce, either. It’s what we society characters call a metaphor.”

As we walk, I look up at him since even with my heels he is still much taller than I am. He had a nice face. Then I do that thing I always do when I am around a man like him. I always wonder—I guess I can not help it—could I be with a fella like him if things were different?

“Thanks for helping me out,” he says, still looking straight ahead.

He looked at me for the first time and I could tell he was loosening up quickly; something I found appealing, I remember. “Beautiful name, Barbara. That’s my father’s name.”

That took me off guard and I snorted out a laugh. He smiled and told me his name was Cliff.

We should probably get off the streets I told him. “I live right around the corner.” He nodded and we disappeared off of Fountain, a right turn on Mansfield, a few apartments down and we were home.

When we entered, he scanned the room like he was looking for something. He noticed the phone and stepped toward it. “Do you mind?” he gestured.

I shook my head, no. He picked up the phone and dialed it as he looked at the back of a matchbook. “Hey, if you haven’t already started playing The National Anthem, queue it up, Sam. There’s a vice squad goon taking a nap on your men’s room floor. Poor guy must have slipped on a bar of soap or something.” Then he hung up.

Cliff Lonigan is a fast-talking, good-looking, Devil-may-care guy who’s perfectly suited to his career in advertising. Jerry Ripley, a young lawyer just arrived from Kansas, is dazzled by the cosmopolitan variety of Los Angeles. An LA native, twenty three year old Dot Johnson teaches high school and lives with her mom. Barbara Penczecho, who hails from Brooklyn, has the distinction of being the only female lawyer in her firm. She’s tough as nails, detail-oriented, the sort of person who never runs away from a fight even if she senses she’s going to lose.

Fate throws these four together and they quickly develop strong bonds of friendship and more. Despite the difference in their personalities, they share a secret that could wreck their lives: all four are homosexual. In 1954, a man indulging in sexual activity with another male, of even the mildest sort, can easily end up in jail – or in the hospital after taking a beating from the cops. Lesbians have things a bit easier, but are still harassed and ostracized. It’s perfectly legal, and common, for employers to fire workers whom they suspect are not heterosexual. Women are even arrested for wearing men’s clothing - “masquerading” as the opposite sex.

Barbara and Dot are already a couple, hiding their relationship from their family and associates. Jerry finds himself falling for Cliff, despite their initial non-committal connection via anonymous sex in the back of a movie theater. Cliff doesn’t talk much about his feelings, but he’s pleased enough to have handsome, intelligent Jerry doting on him. The foursome goes out on “lavender dates”, pretending to be two heterosexual couples, but the fear of being unmasked makes this stressful and unsatisfying. Then Jerry has a brainstorm. He proposes that they rent a duplex – two houses that share a wall – and create a passage between the units. To the world, they’ll be two newlywed couples. Once safe inside their duplex, though, they can re-sort themselves to be with their true lovers.

The Duplex is a fantastic book that realistically captures the pain and difficulties of being gay in the fifties. The dialogue and descriptions are stellar. All four characters come alive on the page. The reader can’t help loving them – even ne’re- do-well Cliff, who turns out to be something of a cad.

At first, the clever ruse of the duplex succeeds brilliantly. The two couples have the freedom to live together and be themselves, something almost impossible to achieve in that period. Still, they can’t allow themselves to let down their guard. The neighbors are always watching. The four need to stay alert and keep their stories straight. Indeed, I felt the constant tension as the book unfolded, the fear that one of them would make a mistake and bring their home-sweet-home down around their ears like a house of cards.

In fact, it’s the psychic conflicts inherent in being queer in a mostly straight society that ultimately undermine the utopia of the duplex. The four are torn apart by the centrifugal forces of their own emotions. Still, their time together, the rare opportunity they have to experience a life they’ve chosen rather than one imposed by society, changes them all.

Looking back at that time, I can appreciate how far Western society has come. You can live openly with your same-sex partner, adopt children, in some places marry. Discrimination based on sexual orientation is prohibited, at least on paper. A larger fraction of the population has become comfortable with the notion that some people have unconventional attractions. It’s even trendy, in some places, to be gay.

There are still more than a few countries, though, where you can be imprisoned, even executed, for homosexual behavior. And in so-called enlightened countries, queer men and women are still being reviled, physically assaulted and murdered because of they’re perceived as different, sinful, “other”.

The Duplex makes this threat feel very real. Barbara, Dot, Jerry and Cliff are just trying to live their lives, to find sexual satisfaction, companionship and love. Everyone wants those things. In this novel, even when the foursome is flying high and savoring their freedom, you’re always aware of the lurking danger. They are breaking the rules; at any time, someone could discover this and make them pay the price.

This awareness helps makes The Duplex a dramatic and moving read. I recommend it highly. 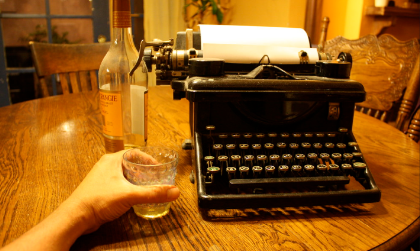 Lucky Stevens lives, works and plays in exotic North America. He has written three novels. He was also a finalist in a nationwide screenplay writing contest. He was inspired to write The Duplex because he wanted to tackle a subject that grappled with universal themes in a creative and exciting way.

He can be contacted in the following ways:

Amazon #1 New Release in LGBT Historical Fiction
The book is 99 cents during the tour.

Lucky Stevens will be awarding $40 Amazon or Barnes and Noble GC to a randomly drawn winner via Rafflecopter during the tour.

Thanks for being my guest and for giving me a chance to read The Duplex. As you can probably gather from my review, I thoroughly enjoyed it. I hope my readers will, too.

Sounds like a great historical novel. With love, sex, and angst, all supplying the tension.Bizarre to think that this wasn't really that long ago, either.

Got to know a new to me author and a new mystery to read :)

Enjoyed the review and snippet

I've enjoyed following the tour for The Duplex and can't wait to check it out. Thanks for sharing all of the great posts along the way!

Sounds like an interesting book about an interesting time. We might have come a long way since the '50's but I fear we still have along way to go.
I look forward to reading this one.

Sounds like a very interesting book and I look forward to reading it.

I enjoyed seeing the cover! Thanks.!