Time for a game - are you up for it? @CynthiaTerelst #DownUnder #SecondChanceRomance #Giveaway 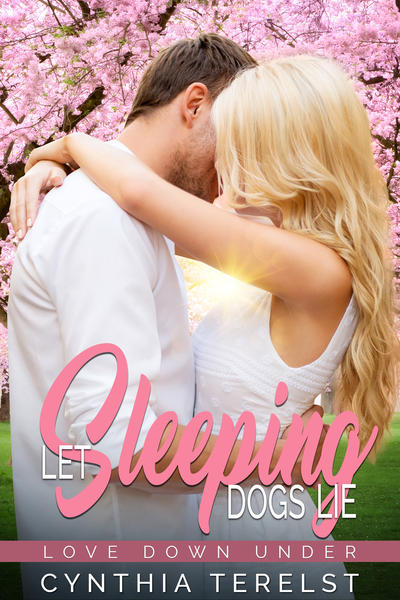 Thank you, Lisabet, for allowing me to visit your blog to introduce my new book, Let Sleeping Dogs Lie.

In August last year, my daughter moved to a new town for work. She told me how, in this small town with just one short street of shops, there was a top pub and a bottom pub, and at bottom pub people remembered your name. You could go in only once every few months and they would still remember you.

I thought this was really interesting. I made a random post about it and one of my friends said it sounded like a puzzle. So I thought, why not write a book revolving around a scavenger hunt. But of course, that couldn’t be the whole premise of the book. So I created a second chance romance which was based around a fake, million dollar scavenger hunt. And then, because I like to deal with real life issues, I added a subplot about loss and how that has an effect on relationships.

You can’t have a scavenger hunt without places where to find the treasure. After I decided I would set the book in Sydney, Australia, I needed to figure out where the treasures were going to be hidden. Writing the clues to direct the players to those places was a challenge. It sounds easy. But, trust me, it’s not. You need to provide enough detail for them to get to the answer, but still be vague enough so they cannot guess straight away. To add to that, you need to take readers on a journey of discovery with the charcacters.

Today, I am going to share a set of clues with you from the book. The first reader to guess the correct destination will receive an eBook of Let Sleeping Dogs Lie. The book is set in Sydney, Australia so if you are playing along, direct your investigation there.

Will one of the treasures they find be each other's heart?

It’s been five years since Tara walked out of Shepherd’s life without a word. Since then he’s spiralled through drugs, alcohol and empty relationships, with Tara on his mind the whole time. Now he wants to win her back, and what better way to do it than by creating a fake scavenger hunt? He knows she won’t be able to resist.

Tara’s lost enough loved ones and she didn’t want to see Shepherd added to that count. So, when she saw him high at graduation, she did the only thing she could – she walked away. When she’s teamed up with him for a million dollar scavenger hunt, the feelings reignite. For a second chance at love to work, she needs to be brave enough to open up to him, to tell him everything she withheld the first time around.

Shepherd didn’t realise how much winning would mean to Tara. He now needs to come up with $3 million for her foundation before the hunt is over. If he can’t he will need to tell her its all fake, and he doesn’t know if he can risk that.

Will secrets destroy them a second time around?

Shepherd and I sat on the couch side by side and watched The Martian while we ate dinner. The warmth from where our arms touched seeped through me. I should have moved away, but I didn’t want to. The spices from the tacos radiated off him. What would they taste like when mixed with the sweetness of him? My eyes were drawn to his lips, the curve of them. I could practically feel their softness.

Shepherd turned his face to mine. My eyes lingered for a moment as I imagined his soft breath brushing my face as he bent his head toward me. My breathing shallowed to the point that it was nearly non-existent, as if I were a starfish. I turned my face away and resumed watching the movie, making sure my hands kept to themselves and my thoughts remained on the man saving his own life on the screen. Matt Damon may have been the most attractive astronaut I’d ever seen, but he was nothing compared to Shepherd.

The movie ended and I sat there while the credits rolled. Our closeness suddenly made me feel like we were in a flux capacitor. Time—five years of it—had been starved, and now it was swallowing me whole. Everything about Shepherd felt like home. Everything. And if I allowed it to, this feeling wouldn’t just swallow me, it would become me.

I jerked away from him, my heart racing, my skin cold, while I broke into a sweat. I couldn’t allow this to happen. Shepherd was no longer my solace. He never truly was because he never knew my grief. My grief over my brother. The feelings of loss at my parent’s death.

No, Shepherd was not my solace. Not then. Not now.

The book is available on Amazon and Kindle Unlimited 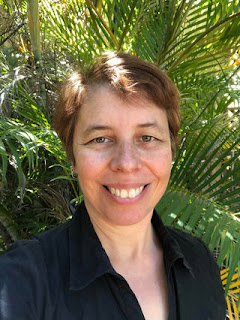 Cynthia Terelst is a project officer by day and a writer by night. She is a contemporary romance writer who likes to share a little bit of history, some Australian scenery and a whole lotta love. Cynthia does not shy away from difficult topics, as she feels that they should not be ignored.

She lives in Queensland, Australia, where the sun shines at least 283 days a year.

I do not have a clue, Cynthia!

I have had many an Australian who had no idea either; even people who live in Sydney.