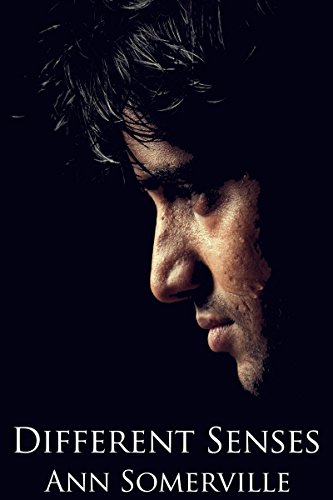 Javen Ythen loves his job as a cop, doing his part to foster justice and community safety. He also gets some satisfaction from thumbing his nose at his powerful father and high-society mother, who feel police work isn’t an appropriate occupation for the son of the state governor. When Javen is seriously wounded in the line of duty, his world falls apart – not due to his physical injuries, but because the trauma triggers his genetic predisposition for empathy. It’s bad enough having everyone’s emotions clamoring in his mind, but for Javen, being matos has far more dire consequences. First, his new talent is an unwelcome sign that he is not pure Kelon, but of mixed race, since only the despised banis people, indigenous to the planet, carry the empathy gene. Second, privacy laws mean he’s no longer welcome in the police force. Worst of all, his long-time lover Kirin breaks off their relationship. It seems the man can’t bear the notion of being emotionally transparent – or perhaps Javen’s newly revealed racial background has some influence.

Depressed and bitter, Javen drifts into working as a private investigator. In his first case, he solves the mystery of a stolen jewel and clears the name of a young woman from the banis community. His new connections with the banis – or Nihan, as they call themselves - give him the opportunity to research his genealogy and find out more about his Nihani ancestors. He also begins to see, first hand, the many ways in which the original inhabitants of Uterden face discrimination and oppression from his own race. Over time, he adds Nihani interns and staff to his business, and as a result, becomes increasingly involved in their struggle for justice and equality. When a crooked court rules against Nihani interests and triggers violence and civil unrest, Javen finds himself in a life-and-death race to find the real terrorists, before the Kelon masters crush the Nihan and bury their aspirations for a better life.

Meanwhile, throughout the book, Javen struggles with his desire for the clever but hostile Nihani lawyer Shardul Hema Rishabh. As the only member of his people to have a Kelon law degree, Shardul seems to be involved in many of Javen’s cases. There’s an undeniable attraction between the two men, but Shardul could never love a Kelon, even one with some Nihani blood.

I downloaded Different Senses from Smashwords for free, during the Authors Give Back event, at the start of the Covid-19 epidemic. Though I’d never heard of the author, the book sounded appealing – science fiction is a long time favorite genre for me, and it had been too long since I’d read any MM romance. I’m so glad I followed my instincts. Different Senses is amazing, one of the best books I’ve read this year.

I loved everything about the novel. Ms. Somerville builds a believable world and a complex society, complete with customs, religions and language – a world ultimately not that different from our own. Every character is richly imagined and skillfully drawn. This is true not only of Javen and Shardul, but also more minor players such as the voluble Doctor Nihar and the blind Nihan elder Roshni. Everyone changes and grows over time. In particular, Javen’s father gradually transforms from something of a villain to an unexpected hero.

The oppression of the Nihan felt so familiar – especially given the events of the last month or so. The Nihan face the same sort of institutional racism endured by people of color in the United States. With few economic or educational opportunities, they’re viewed as backward and ignorant. Police and other representatives of state power are quick to suspect the Nihan of wrong doing and brutal in their reactions. At the same time, the Kelons admire banis artifacts, wear banis textiles, and create vast collections of works essentially stolen from the colonized culture.

In a neat little twist, by the way, Ms. Somerville has given the Kelon master race dark skins. The Nihan are red-haired, fair-skinned and green-eyed. That doesn’t stop them from being viewed as barely human.

The author doesn’t hit you over the head with this. There are no polemics in this book, although the underlying political themes provide one critical thread in the story. We learn about the Nihan situation through the eyes of Javen, as he gradually becomes closer to the people and their ways. The transition is subtle, sensitive, and extremely compelling.

The copyright page of Different Senses makes it clear that the different “chapters” in the book were originally published separately. Despite this, the book feels unified and has an integrated narrative arc, with an overarching conflict and resolution. I’ve referred to the book as a novel because that’s what it feels like: the story of Javen’s cultural enlightenment and his search for love.

Before concluding, I should mention the attitudes toward homosexuality on Uterden. The Kelons show themselves to be extremely prejudiced against the Nihan, but there’s no apparent negative feeling about same-sex relationships at all. Javen and Kirin are accepted as a normal family unit by everyone in the society. Javen and Shardul will have greater problems, due to their races, but not because they are both men. I loved this feeling of comfort.

This is a fantastic book. I will definitely be checking out some of Ann Somerville’s other work.

Based on your review, I just bought this book. I'm sure I'll enjoy it. You should put this review up on the Smashwords page for the book! It's 50% off through the end of July, as are my Minnesota Romances. Great time to fill up your reader!

Thanks, Fiona. I don't usually put my reviews up on Smashwords but I'll follow your suggestion. (I will put on Amazon and Goodreads as I always do, as well.)