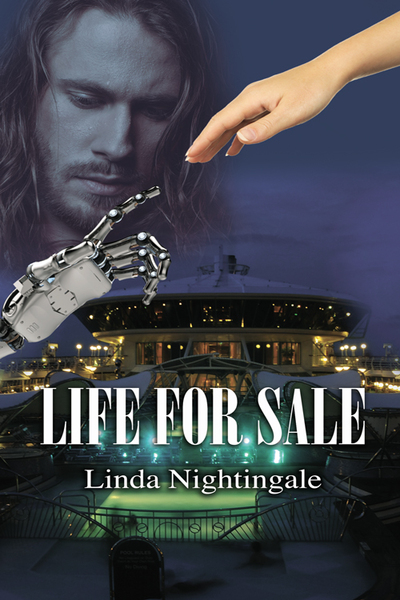 Houston, Texas to host the first sex doll brothel in America? NO, said the Mayor, that single syllable resounding around this country. Immediately, the city council amended an existing ordinance to forbid business patrons from engaging in sexual congress with inanimate objects.

Not so the rest of the world.

At Aura Dolls, a love doll brothel in Toronto, clients pay $120 an hour plus $90 per half-hour to do whatever they desire to the six dolls on staff. Aura’s employees ‘freshen up’ the dolls between appointments, taking various safety precautions. The Toronto brothel is not the first of its kind. Similar enterprises can be found in Barcelona, Moscow, and Turin, Italy.

I was surprised that the Toronto firm chose Houston of all places to open its first brothel in the United States. I lived in Houston for 14 yeas, and it is a rather traditional and not the most liberal city. The brothel seemed destined to fail in its endeavor to open its doors.

In addition to the religious, legal, and moral issues, the sex doll brothel industry faces certain other disadvantages like the high cost of their ‘prostitutes’ themselves. A customized Real Doll costs about $6,000. Then we have the legal ramifications. The love doll brothels exist in a somewhat gray area. They don’t violate most state prostitution laws, but the intense moral opposition to sex work in the US will probably constitute an almost insurmountable barrier to robot sex workers..

Since the 1970s when Ben Skora created his human-like robot, Americans have been fearful of being replaced by robots. In some industries, this has proven true. There’s a humanlike newscaster and Sophia has appeared before the UN. These are androids as opposed to love dolls. Will this be true for sex workers or will flesh-and-blood win over silicones? A man in England—with his wife’s permission!—married his love doll.

Oddly enough, both of my Tomorrow's Angels books are set in Houston. Go figure. I’m psychic!

There has always been a demand for prostitutes. That fact is unlikely to change. Some of the opposition has even said it is degrading to machines. Not to get into robot rights, but does degrading machines compare to human women being degraded in similar circumstances?

I found out about the love dolls when a friend in Texas messaged me on Facebook. She said only, “Love For Sale.” (the title of the first book in the Tomorrow’s Angels series). Love For Sale and my new release, Life for Sale, star sentient androids indistinguishable from human who’re programmed as loving companions. The Special Editions created by Mayfair Electronics have emotions and react like a human. They are intelligent and charming. They’re everything you could want in a lover, but would you be creeped out?

But four of their Special Editions—sentient androids indistinguishable from human—have escaped. Rebel, Christian Aguillard and his owner, March, are on the run, but they have a bigger problem than his creator's plan to destroy him. They've discovered that one of the renegades has suffered a dangerous malfunction, threatening them with more than just exposure.

Trapped on a cruise ship in the middle of the Atlantic, March and Christian must stop the insane robot before someone else dies. All the evidence points to March being the killer's next victim.

“Why are you here? To spout more nonsense?” Spitting mad, Monica reared up in her enemy’s face.

“Not at all.” March’s hand flashed, almost too rapidly for Monica to see, and came down hard below her nose in a Judo-like attack.

Shocked and in pain, she stumbled back, switching modes as she pushed off the bed. “That’s it, whore. You’re a dead woman.”

“I don’t think so,” her rival gritted out, hands braced on her hips, her expression as cold and hard as her mediocre brown eyes. She shook her head. “Look, Monica, I know you’re aware of your actions. I’m going to give you a chance. You must deactivate until we can safely transport you to Dr. Cross for testing. Surely, you know something is wrong.”

“You didn’t mention Anne.” The other woman seized Monica’s arm. “What did you do to Anne?”

Claws out, Monica lunged. March darted beneath her guard, stabbing at a spot beneath her left earlobe. Monica shoved her back. “Looking for my off switch, fool? It’s well hidden, like where Ms. Goodie Two Shoes wouldn’t even think about going.”

Her insane human rival stood at the locked door, her stance as much as saying to leave Monica would have to get past her. No prob. She stalked toward her rival, murder in her eyes. March didn’t move. When Monica threw a punch at her eye, she moved by the gods.

The American whore lurched back, crossing her arms across her face, anticipating Monica’s next attack. Forearm struck forearm. A human bone should break, but March stood her ground, her limb intact. She recovered too quickly, dealing Monica a hard blow beneath her cheekbone, barely missing her eye, slamming her back against the wall.

“I don’t know what you are, March Morgan,” she sneered. “But it’s not going to save your butt.”

“No, but I am.” Looking like an avenging angel, Christian—in a Houston t-shirt and khaki shorts, his long hair disheveled—had somehow appeared behind March without either of them hearing.

Linda Nightingale’s Life for Sale takes the characters from Love for Sale and sets them on a dangerous adventure for these androids posing as human. After fleeing at the end of the first book, they are trying to hide from the watchful eye of Mayfair, but decide a reunion is in order. One of the four, however, is suffering a murderous malfunction. The resulting story is not so much a murder mystery as it is a study of a chaotic mind, albeit lab created, yet eerily human in its madness. Nightingale has seamlessly made the unbelievable believable for the reader with a totally unexpected, but thoroughly satisfying ending to this duet. Imaginative premise, well developed characters and an insight into a mind gone wrong make this a great read…S. Hutchinson 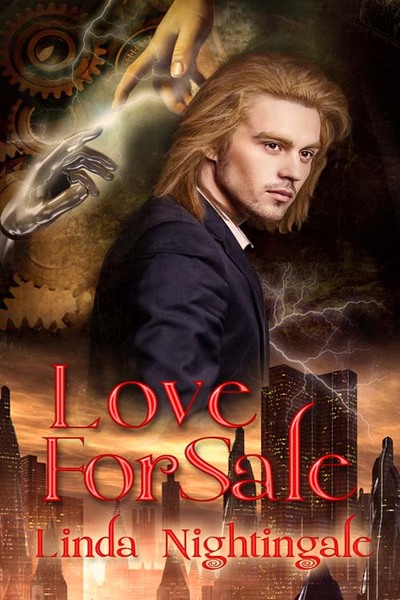 In Love for Sale, Mayfair Electronics company, in black and white, offers “love for sale”. Mayfair has engineered sentient androids indistinguishable from humans. March Morgan flies to England and meets the man she has been searching for her entire life. Christian requires no programming to love March at first sight, but her past and his future soon threaten their happiness—and their lives. 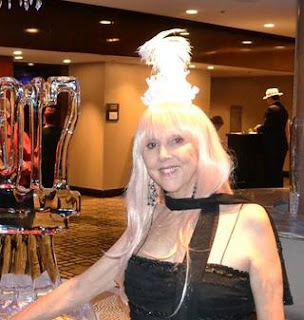 After 14 years in Texas, Linda returned home to her roots in the South Carolina red clay. She has eight published novels, four of which are available from Audible.com in audio. For many years, she bred, trained and showed the magnificent Andalusian horses. So, she’s seen a lot of this country from the windshield of a truck pulling a horse trailer. She’s won several writing awards, including the Georgia Romance Writers’ Magnolia Award for Excellence, the Raven Award, and the SARA Merritt. In real life, she was a legal assistant.

Welcome back to my blog! Sorry I wasn't here to say hi on Wednesday.

I love your covers, by the way!