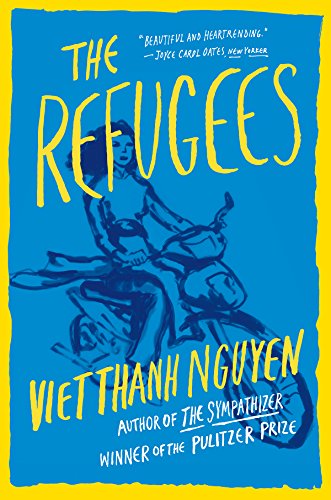 What does it mean to be a refugee? You are a stranger in the country that has, willingly or not, taken you in. You’re a stranger to the place you’ve come from as well, where time and history continue to unfold without your witness or participation. If you’ve left family or friends behind, their paths will diverge from yours until they’re as distant and unfamiliar as the people who surround you in your adopted home.

Though you may have memories, you can’t be sure they’re true. They might be pure fiction, manufactured from the stories you’ve heard from your relatives, or from the individuals who had pity on you and took you in. You may get news from home (or what used to be home), but that’s just likely to be falsehoods generated by pride or by fear. You cannot necessarily trust your view of the world around you. It might well be a facade, an illusion, or simply a misunderstanding due to cultural differences.

To be a refugee is to be insecure, in a fundamental way that those of us who have always belonged to a country may find difficult to comprehend. The Refugees by Viet Thanh Nguyen explores and lays bare that insecurity and its consequences.

This book of eight stories plus two moving personal essays should be assigned reading for those segments of society who rabidly oppose immigration. With eloquence, delicacy and beauty, the author captures the uncertainty and the irony of a refugee life.

All but two of the stories (“The American” and “Fatherland”) are set in the United States and revolve around characters who escaped from Vietnam around the end of the Vietnam war. Many of the protagonists are young people, working to adapt to their new home, sometimes mystified by the beliefs and behavior of the older generation.

In contrast, the central character in “The Americans” (which was one of my favorite tales) is an aging ex-soldier who fought in the war, whose daughter is now coupled with a Vietnamese engineer, working for an NGO that clears land mines. James Carver honestly can’t comprehend why Claire is (as he sees it) sacrificing her life for the sake of strangers, but a trip to Vietnam shows him a world he’d only seen previously from a bomber at forty thousand feet.

In “Fatherland”, a family in modern-day Saigon receives a visit from the father’s daughter by a first marriage, who has been living since her childhood in the US. Dutiful, hard-working Phuong is simultaneously fascinated by and jealous of her glamorous, apparently wealthy older half-sister (who’s also named “Phuong” but uses the name “Vivien”). The relationship profoundly changes Phuong’s beliefs and aspirations, even when she discovers that Vivien is not who she pretends.

Another standout is “The Transplant”. A Mexican American whose life is saved by a liver transplant befriends the Vietnamese man who claims to be son of the donor. In the name of friendship, Louis Vu makes some difficult requests. This story is particularly interesting because of the interactions between two immigrant communities, the Mexicans and the Vietnamese.

I tend to think of short stories as neat, well-structured gems of craft. Viet Thanh Nguyen’s stories are anything but neat. They ramble back and forth between past and present; they focus on seemingly inconsequential details; they are complex and ambiguous, often without clear resolutions of the conflicts they present. Nevertheless, in retrospect one can see that they are meticulously constructed to convey the multi-layered experience of the characters.

These are not easy stories to read. They demand a great deal of the reader, both intellectually and emotionally. That should not deter you from getting a copy of The Refugees. There’s a kind of deep satisfaction in truly seeing what these characters face and how they cope. In addition, even before you read his essay “In Praise of Doubt and Uselessness”, you will sense the depth of feeling and the intensity of effort the author has lavished on these tales. They deserve your attention.