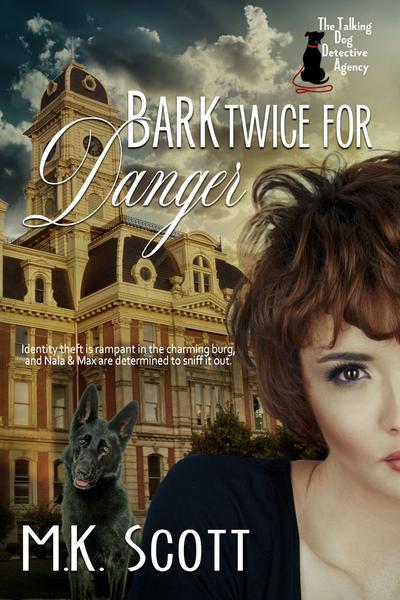 Comic Con is in full-swing and all is well. But no sooner does the biggest event of the year begin before a mysterious wave of identify thefts overshadows the grand affair.

While Nala tries to rein in Karly’s efforts to use the con for dating purposes, she also finds herself the target of a brazen thief. If she and her crime-solving canine companion don’t find the culprit, her bank accounts could be wiped cleaned.

Can Nala and Max bring an end to the chaos before it’s too late?

There are upswings in the private eye business. The winter holidays were one of them. Ironically, Nala experienced another surge in February near or even after Valentine’s Day. Instead of potential Romeos and Juliets checking out online dates, verifying everything he or she professed was real, it swung to finding the missing love interest. For reasons too numerous for Nala to count, the holiday celebrated by florists and confectioneries made perfectly appropriate love interests vanish like the morning fog in strong sunlight.

Her lips twisted as she considered the term appropriate love interest. If the person was a stand-up kind of girl or guy, they wouldn’t disappear due to a sentimental holiday. It wasn’t like she was an expert on the matter, but she assumed it wouldn’t be the right thing to do. Her phone rang.

Spring break allowed her a solid ten days she could vote herself entirely to her investigative work. Now, all she needed was business. Maybe the call could be just that.

Max, her rescue German shepherd mix, who had been enjoying a snooze in the late afternoon sun, opened his eyes. The phone rang a second time, forcing him to push up into a sitting position. He fixed her with an indignant stare. “Aren’t you going to answer that?”

She held up her hand. “On the third ring, I don’t want to appear anxious or that we have no business.”

He gave a snort as his front legs slid out, allowing him to resume his prone position. His eyes remained open and one ear went up. 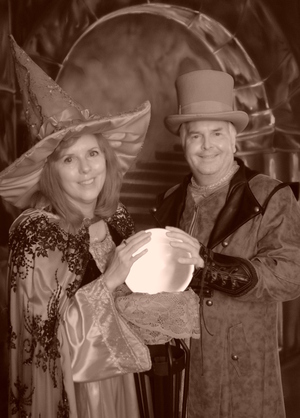 M. K. Scott is the husband and wife writing team behind The Painted Lady Inn Mysteries and The Talking Dog Detective Agency. Morgan K Wyatt is the general wordsmith, while her husband, Scott, is the grammar hammer and physics specialist. He uses his engineering skills to explain how fast a body falls when pushed over a cliff and various other felonious activities. The Internet and experts in the field provide forensic information, while the recipes and B and B details require a more hands-on approach. Morgan’s daughter, who manages a hotel, provides guest horror stories to fuel the plot lines. The couple’s dog, Chance, is the inspiration behind Jasper, Donna’s dog. Overall, both are a fun series to create and read.

Bark Twice for Danger is currently on sale for only $0.99!

M.K. Scott is giving away a $50 gift certificate in a separate drawing:

The authors will be awarding a $25 Amazon or B/N GC to a randomly drawn winner via rafflecopter during the tour.

I love the fact that you're a husband and wife team. Sounds like a fantastic book -- with a great cover!

I love books with dogs in them. Just think of my grandpuppies when I read them.

I love the whole concept.

Hi Lisabet,
My husband acknowledges his part in the cozy mystery writing. He has helped me in all the genres. Thanks for your comments.

I have a few grandpuppies, too. I appreciate you commenting.
Morgan (MK Scott)

Hi Mary,
It was an extra fun novel to write because it gave me a great excuse to go to Comic Con.

I need to read more of your books, Morgan:) Hope to see you and Scott soon!