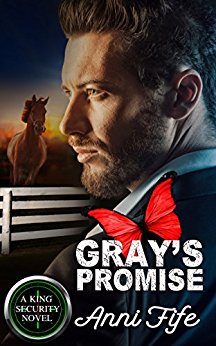 Zoey Morgan and Gray Walker belong together. Growing up on their parents’ adjoining ranches in Denton, Texas, they’re best friends, then, as Zoey matures, more than friends. Gray has always known Zoey would eventually be his; she begs him to take her innocence, but he wants to wait for the perfect time and setting.

On Zoey’s nineteenth birthday, however, everything changes. During the celebration, someone invades the Morgan home, drugs and kills her whole family, then brutally beats and rapes Zoey herself. Gray’s brother Jacks is wounded as well. Gray, who hadn’t yet arrived at the party, curses himself for being unable to prevent the attack, which leaves Zoey so traumatized she can’t speak. Meanwhile, Jacks claims that Zoey has agreed to be his wife, pointing out the engagement ring on her finger. Convinced by his mother that Zoey no longer wants him, Gray leaves Denton and becomes a soldier, turning his grief and anger against other enemies.

Meanwhile, Zoey endures years of nightmares and panic attacks, as well as a persistent inability to remember what actually happened on that horrible night. When Gray occasionally tries to contact her, she pushes him away. Having him around just makes the terrors worse.

Only when her psychological trauma makes it impossible for her to do her job as a pediatric surgeon does Zoey reach out to the man she’d once loved. More than a decade has past. Both Zoey and Gray are so emotionally damaged that it seems almost impossible for them to trust one another. For Zoey, though, Gray is her only hope of recovering her sanity.

Anni Fife really knows how to ramp up the angst. Rarely have I encountered romance characters who suffer as much as the protagonists in Gray’s Promise. Given what the two have been through, however, I found their mutual suspicion and heart-rending pain completely believable and very compelling.

Ms. Fife does a wonderful job portraying the mercurial shifts in their interactions, the visceral attraction between them battling the scars from their long estrangement. Only very gradually do they learn how to navigate the deep and stormy emotional waters into which they’ve been thrown. The author does not hurry them toward their happily ever after (the book is a hefty 400 pages in ebook form), but allows each of them to take tentative steps as they try to reconstruct the love they once felt for one another, which circumstances crushed so cruelly.

The book is beautifully written, alternating between Gray’s and Zoey’s perspectives. Although Gray is definitely an alpha type, he’s much more vulnerable and nurturing than Luke, the hero in the first King Security book (who shows up as a secondary character in this novel).

Zoey’s tragedy has almost broken her, but she retains an inner strength. She’s not a limp, self-pitying victim. She can still respond to Gray with flashes of wit and sass. Still, she teeters on the edge of chaos. Having had some experience with psychiatric illness myself, I found Zoey’s lapses into panic all too familiar. Like Zoey, I discovered that it takes a strong love to banish that sort of demons.

Overall, I really enjoyed Gray’s Promise. My only criticism is that I thought the “mystery” of the birthday attack was far too transparent. I knew who was responsible, and why, hundreds of pages before Gray and Zoey discover the truth. The punishment of the villains was also a bit too quick and convenient.

This is a minor point, though. Gray’s Promise is a romance, not a mystery. And as an instance of that genre, it succeeds brilliantly.

Dear Lisabet. i'm so pleased you enjoyed Gray's Promise, and experienced Gray and Zoey's journey as deeply as I did. Thank you for taking the time to post a review, it means the world. Best, Anni xx

I remember very well your post talking about the process of writing this book. I think you did a great job following your instincts.