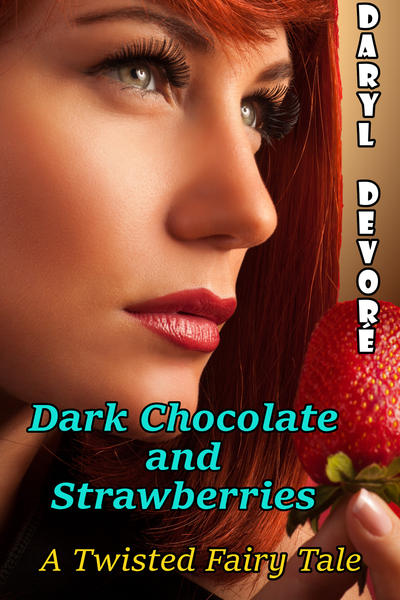 What's a naughty fairy tale like Red Riding Hood without Red, the huntsman, grandma and especially, the big bad wolf?

Esmerelda 'Red' Hood is summoned to her mother's executive suite only to learn her sweet granny is headed for a romantic cruise with a gigolo. Horrified, Red races off to save her grandma before it's too late.

On board, Red meets Andrew Woodsman and Willem Olf. One a cutie with the biggest puppy eyes and the other a dark, sophisticated predator. Her grandmother's warning rings in Red's ear "Never trust a wolf in sheep's clothing."

Even with the warning, Red has trouble choosing which man could be the big bad wolf and which could be her happily ever after.

Note: This book was previously published by New Dawning Bookfair under the title Sexy Red Hood.

Daryl lives in an old farmhouse in Ontario, Canada, with her husband, a large salt water aquarium full of fish, a black cat named Licorice and some house ghosts. Her daughter is grown and has flown the nest. Daryl loves to take long walks on her quiet country road or snowshoe across the back acres, and in the summer, kayak along the St. Lawrence River. She has touched a moon rock, a mammoth, and a meteorite. She’s been deep in the ocean in a submarine, flown high over Niagara Falls in a helicopter, and used the ladies room in a royal palace.

Read her blog at https://daryldevore.blogspot.com/

Thanks for letting me drop by with my cover. Sorry I wasn't here yesterday - Saturday suddenly went crazy busy.
Tweeted.