Are readers manipulated? Do they read books they truly like?

My focus reverted to my first award-wining series, Bound To Tradition, set in Africa and Europe between 1950 and 1979. From this unusual love story, I picked out the youngest daughter, Svadishana (Shana), now 32, and paired her off with a 28-year-old younger hero, Roman. Besides, I made them both “financial nomads” whose businesses span the globe, and therefore not bound in a single city or country.

I wrote what I call ©Sophisterotica that would appeal to me personally, as a reader. The sex scenes are penned the way I would want them both from the man and for me. In other words, I wrote for myself and hoped there are other women out there who would enjoy the sort of literature I would enjoy reading. There’s also the truism about writing what you know. I simply added more of my fantasies to that. I needed conviction in my work in order to give it all the passion and authenticity it deserves.

I’m convinced there are other readers who are prepared to read something different and original. To me traditional publishing has become a bit of a recycling business. Books are less likely to be chosen for publication based on their literary merit.  There was a time when publishing houses were true talent scouts, mentors, nurturers. Those days seem over. Today, publishers are more like bankers or repetitive, predictable production lines, much like the interconnected fashion and film industries.

Like the Good Book says: Unto Caesar what it Caesar’s.

Golden Shana: The Chase
by A P von K’Ory 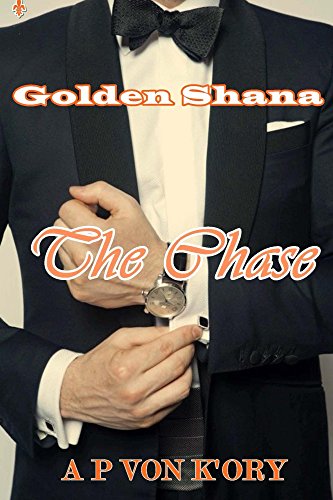 Roman: I never chased after a woman. It was always the other way around. Then I caught a glimpse of the woman I would kneel for, at the opera, and I didn’t even know her name. But I determined to find her if it took me the rest of my life.

Shana: He stood in the room with her. The frisson in the currents freaking between them was as solid as a steel portal. The mutual force of predator and prey blasted its way into her core ... her soul ... Danger. Keep far away from him.


Marie: Some men were born to rule the world; others were born to ruin it. Roman Alastair Northcott Broughton Castell was born to do both. But she loved him and awaited his baby.


Alyssa: He was the lover she wouldn’t tire of. Roman had something so damned perilous about him he was addictive. Who gets addicted to safe and riskless? Not her.


Golden Shana: The Capture
by A P von K’Ory 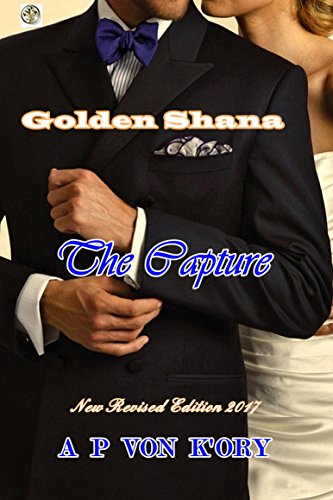 Roman: I wanted to eat all of her. Even within that fortress I longed to erect around her to hold her captive in, to keep her away from men not worthy of the sight of her, I’d devour her.


Shana: Roman was deadly sex. She had no antigenic for immunity against him. Instead she lay there on his bed, in an impossible state of sluttish disarray, holding her breath.


Alyssa: She was not going to let Roman treat her like a hole in the air. He started this triangle and she was going to make it equilateral.

Excerpt from The Chase

What a difference a day makes… And it hadn’t been a day. It had been an evening in Milan. Brief moments of an evening. I didn’t care about the consequences to whomever. Through my obsession with Svadishana I became aware of the fact that I was a person. A human being, not an almighty god, with all the baggage that comes with being that. I too – eureka! – had a heart pumping white and red corpuscles through my veins. Blood, not icicles.

Was it love I felt for Svadishana? A woman I’d spoken three whiny words – Please call me! – to? Was it more than simple lust and desire? Did I want to possess more than just her body?

Pondering these questions alone was so unlike me. That woman had turned me into an alien even unto my own self. What I felt, my inner voice said, was more than the thrill of the hunt. More than lust, desire, need, passion, the excitement of possession, and subjugation.

Of course all that was part of it. But the basis or the source, the seedbed on which all that sprouted and was growing to full blossom in me, could well be something else.

When I thought of her, saw her image from Milan in my mind, watched how she moved in long smooth strides in YouTube, my brow beaded with sweat. I couldn’t pull my gaze away from the few photos I’d fished out of the Internet. Group photos at a family birthday or the authorized biography of her father. Her movements in a YouTube conference clip were springy and powerful even in
their smoothness. She exuded strength all over the place, laughing, talking, gesticulating.

A breath-taking beauty. Such beauty that I dared not believe it at times.

And brains to go with it.

In love or not, I knew what I wanted and Svadishana was the answer. I wanted her and would do anything short of suicide to get her. Who knows – perhaps when it came to that as the only means available, I’d really murder too. I didn’t in the least care about the consequences, as long as they got me to where I wanted to get to.

Svadishana’s arms and knickers and… heart?

What obsession, Roman. Get back to real.

No chance. Real was Svadishana. 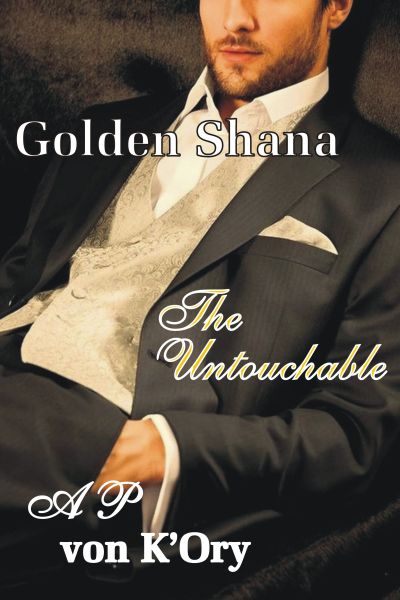 A P Von K'Ory was born in Kisumu, the capital city of Luoland, Kenya, to the Luo royal houses of K'Orinda and Yimbo. She was sent to a public school in Yorkshire, England when she was too young to say "sod off". She studied Economics, Literature, and Journalism in London, graduating with firsts as a journalist from the London School of Journalism, as well as an economist from the London School of Economics.

Love took her to Bavaria, Germany where she further studied Germanistics and German-specific Economics and Socio-Philosophy. Her most recent personal achievement is her Ph.D. in Sociology and Geo-Politics in Germany, making her total number of doctorates five. She regards knowledge as a lifelong quest of learning something new. 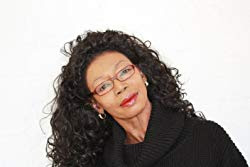 Writing entered her world when A P was about five and never left. Apart from her numerous and published articles, theses, and papers, A P's first novel and personal favorite, Khiras Traum, was published in 2004 in German. There followed eight romance novels, including the award-winning Bound to Tradition trilogy. Her nonfiction book Darkest Europe and Africa's Nightmare: A Critical Observation of Neighboring Continents was published in New York.

In between other jobs (e.g. working as a cleaner in a mental asylum in northern Germany - great plots there just waiting for her!) and as a freelance journalist since 1980, she gives lectures and seminars in various German, Austrian, and Swiss universities, colleges and high schools on topics ranging from socio-economy in Africa, Business English, African literature and the socio-ethnological conflicts in the traditions of Africans and Europeans in particular, and the West in general.

A P is the winner of six awards from four continents, the last one being the Achievers Award for African Writer of the Year 2013 in the Netherlands. The Selmere Integration Prize was awarded her in 2014 for her engagement in helping African Women in the Diaspora cope with a variety of domestic and social problems. The Proposal, a short story, won the Cook Communications first prize in 2010 and is published in an American anthology Africa 2012. In 2012, she won the Karl Ziegler Prize for her commitment to bring African culture to Western society in various papers, theses, and lectures. Again in 2012, her book Bound to Tradition: The Dream was nominated for the 2012 Caine Prize by the Author-me Group, Sanford, and in 2013 she was shortlisted for the Commonwealth Writers Prize.

Von K'Ory has a large extended family. She lives in Germany, France, Cyprus, and Greece with her husband, son and two grandsons.

She may be reached at any of the following:

Amazon Author Page
https://www.amazon.co.uk/A-P-Von-KOry/e/B00MDHD7ZS
Posted by Lisabet Sarai at 3:00 AM

Email ThisBlogThis!Share to TwitterShare to FacebookShare to Pinterest
Labels: A P von K'Ory, breaking rules, Golden Shana, writing what you like

Thanks so much for being my guest!

I applaud your determination to write according to your inspiration, not the market.

I have to say that the Golden Shana series wasn't anything at all like I expected. It really hooked me. I am eagerly waiting for the next installment.

Thanks an ocean for giving me a chance to be a guest Blogger at yours, for the friendship, support and encouragement, and for doing so much more for me.

All of it means so much more to me than I can tell you in mere words.

It took me a while to become comfortable with Shana's and Roman's story, and Roman's lifestyle, but the couple have grown on me. Many thanks to both A P and Lisabet for this wonderful insight into my dear friend's amazing thought processes for her work. On to The Untouchable!