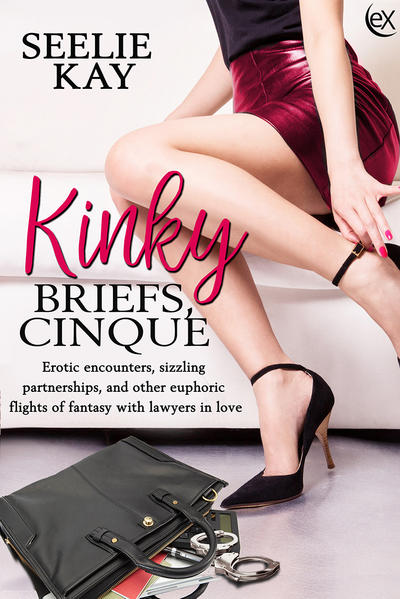 As a teenager, my parents forced me to take two classes during my high school summers. The first was typing, the second was a speed reading course. As grumpy as I was about getting up at 8 a.m. and riding my bike several miles to an overheated classroom (air conditioning in schools was rare back then) while all of my friends slept until noon, both classes turned out to be invaluable to my career as a writer. In fact, they have been instrumental in allowing me to follow my bliss.

Because I learned to type quickly, the words flow from my wicked pen…er, fingers…without interruption. I don’t have to try to slow my mind down so my fingers can catch up. And because I type fairly accurately, editing and proofing are a whole lot less annoying. I am not distracted by misspelling or improper punctuation. I can delve deep and focus on what’s important: the integrity of the story.

And because I read at a fast clip, I am able to indulge in what I believe is an author’s most important learning tool—the works of other skilled authors. I am fascinated by the seductive turn of phrase, the whimsical rhapsody of words, and scintillating dialogue. Some authors do it well, unfortunately, others do not. However, I learn from both, and the more I read, the easier it is to craft a compelling story and create fascinating characters.

I will admit that I have always loved to read. I started reading early as a child and by the time I reached fourth grade, I had read every work of fiction in the school library. Over vehement protests from the librarian--she was quite convinced I would not understand certain social situations--I was then permitted to order books from the junior high library. And in junior high, I was permitted to visit the senior high school library. (It helped that my dad was the principal at the high school. I could go in on weekends and explore the library while he worked, without a librarian following me around, harrumphing at my choices.)

I was that kid who always had a book in her hand. My parents would often send a sibling in search of me after I had disappeared for several hours and they almost always found me tucked away in a corner, quietly indulging in the adventures of Harriet the Spy, Nancy Drew, and as I got older, contemplating Of Mice and Men or Moby Dick. And as an adult, that speed reading course enabled me to read even more, often several books a week.

However, while I consider reading an essential activity for anyone who hopes to become an author, I can tell you that being a fast reader has a downside. For example, the amount of money I spend on books each year is more than I spend on groceries. And some of the women in my weekly book club often express displeasure at the fact that I always finish the assigned book early and sometimes prematurely blurt out the ending after a glass of wine. And then there’s the scorn imposed by some of my friends, who have taken to interrogating me about the books I read, because they cannot believe I retain anything.

Sadly, I feel no real need to apologize. And although my parents probably did intend to haul my lazy teenage butt out of bed on a summer’s day, they also provided me with the tools required to follow my bliss.

Writing frees my soul, reading stirs my heart. And I get to do both every single day! 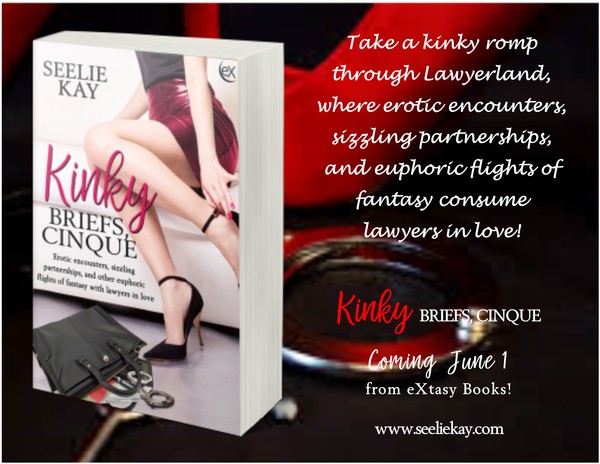 A young lawyer’s wicked pen unleashes erotic flights of fantasy, spinning tales of a sensual Sheikh and his lawyer wife who battle terrorism despite a price on their heads, a former rocker turned lawyer faced with a life-altering decision, a law school ménage a trois gone wrong, and a criminal defense attorney whose practice tips into the paranormal. The naughty yarns continue with a medieval adventure, a secret agent’s obsession with a law professor, a Lady turned lawyer fighting to regain her footing after a profound loss, a law student who strips to fund her studies, a fledging lawyer questioning a sexy deal with the devil, and a kinky lawyer fighting a chronic illness. This scintillating collection of ten sizzling short stories will make you laugh, they’ll make you cry, and yes, they’ll even make you blush, but in the end, you’ll run out and buy a set of handcuffs. Because you’re going to want to experience at least one of these hot little fantasies!

(From Chapter Nine: Marrying the Devil)

Sometimes you make a deal with the devil and you like it. Especially when that devil is an exquisitely handsome mass torts lawyer who holds the keys to the kingdom—to Lawyerland, that is. Sure, we all like to fantasize about that perfect love and overwhelming attraction, but the reality is, when possible career advancement is thrown into the mix, that devil’s deal becomes almost irresistible. Until you meet his mother, Momzilla by any other name. When she-who-shall-not-be-named starts bulldozing her way into your life, suddenly that deal fills you with dread and your only option may be to flee. The question is, will the devil follow?

…Laura threw her phone across Carmen’s living room, narrowly missing his head.
He snagged it with his right hand, then frowned at her. “What the hell? Who was that on the phone?”

“It was the Women’s Club, confirming the date for my wedding shower. Three days before finals. I told your mother that I wanted the shower after finals and graduation. She just won’t listen. None of your sisters work, so everyone in your family thinks my legal career is a joke. Your mother even told me, once we have children, I would be staying home. Your mother has no respect for me or my aspirations. I am sick of it.” Laura threw up her hands, frustrated. “I don’t have time for this shit. Your mother has turned into some sort of wicked witch. This is becoming her wedding, not mine. Dammit, if I can’t have the wedding I want, then what’s the point?” Laura pulled the engagement ring off of her finger and handed it to Carmen. “I’m sorry. I want to marry you, I do, but I can’t do it her way.” She began to button her coat.

Carmen rushed to Laura and pulled her into his arms. “I’m sorry.” He nuzzled her neck. “I know my mom is a handful. Tell me what to do and I’ll get it done. Please. You know I love you and I will do anything for you. How do I make this right? Canceling the wedding is not an option.”

Laura pulled away and looked up into his dark brown eyes. “Let’s elope.”

“What? My mother will have a stroke.”

“This isn’t about your mother. This is about us. You and me. This is about what we want. I will marry you today if you want. Let’s just go to City Hall. Your mother can knock herself out planning a reception after graduation. And my mother can do her thing as well. All I know is that I am done. You want to marry me? Take me somewhere and marry me. Your mother has me so stressed out I can barely function. Otherwise, I walk…” 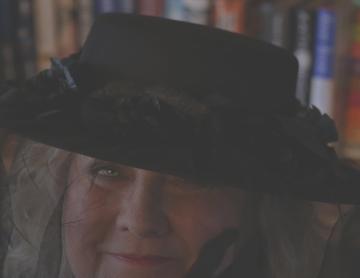 Writing under a nom de plume, the former lawyer and journalist draws her stories from more than 30 years in the legal world. Seelie’s wicked pen has resulted in seven works of fiction, including Kinky Briefs, Kinky Briefs, Too, The Garage Dweller, Kinky Briefs, Thrice, A Touchdown to Remember, and Kinky Briefs, Quatro, as well as the romance anthology, Pieces of Us. 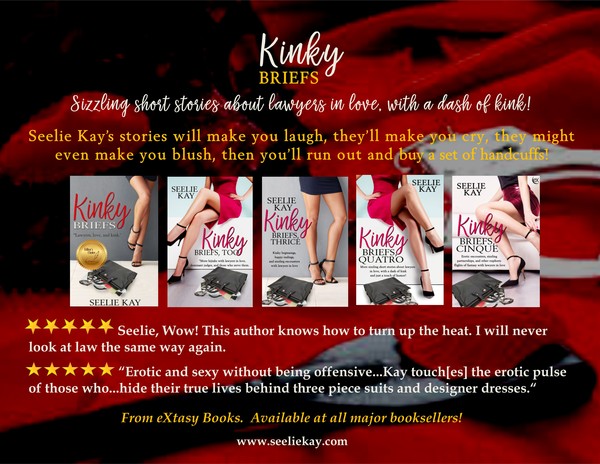 Welcome back to my blog, Seelie!

I hope this collection does really well.

I do love your covers! I never met a lawyer who looked like that. ;^)