When Your Story Blows Up in Your Face! @AnniFifeAuthor #romance #jealousy #giveaway 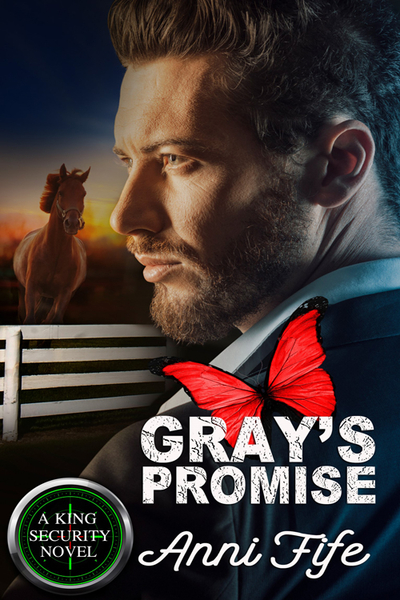 I’m a detailed planner rather than a pantser. This means I don’t write by the seat of my pants, rather, I like to plan every scene, then move on to the research, and end by checking that my character development and arcs are complete. This works for me because when I start the actual writing of my novel, I can focus fully on the creative process without panicking about what is going to happen next. You see, I have a pathological fear of writer’s block!

For Gray’s Promise, my plan seemed to be on track until I started to write. Then, by the end of Chapter One, I realized Gray and Zoey’s journey to their happily ever after was going to be so painful and intense, and so darn beautiful, that a complicated suspense plot would only distract from their explosive relationship. So I started to ask that magical question a lot of authors resort to when a plot isn’t working: ‘What if…?’

Out went my intricate suspense plot that was built around fracking, the theft of lucrative gas by tunneling into a neighboring ranch, and a kidnapping that exploded into death and mayhem. I reworked the suspense plot and brought the evil much closer to home, making the horror and pain more threatening and claustrophobic. I also reworked their physical relationship. The sexual chemistry between Gray and Zoey is explosive but it’s also intricately linked to their long and unbreakable bond to each other. Complicated emotional factors (clear in the story when you read it) determined that I delay the actual consummation between them. This presented a huge challenge because I had to find a way to make the sexual encounters between them smoking hot but without them actually doing the deed until the final chapter of their story.

Yowza! The love scenes between Gray and Zoey have ended up being the hottest scenes I have ever written, most likely because the emotion between these two is intensely raw, but also because Gray is just that darn hot!

I hope you enjoy the Blurb and the short Excerpt I’ve selected that gives you just a hint of the heat between Gray and Zoey.

A jealousy that destroys everything in its path…a love that refuses to die.

Zoey Morgan seems to have it all as a successful surgeon in Boston. However, perfection lies only on the surface. Plagued by nightmares and amnesia from a tragedy that ripped her family from her fourteen years ago, she finds the courage to reach out to the only man who can make her feel safe. She’s buried the memory of their love, but her heart—and her body—responds to the ex-marine in ways that are all too familiar.

Grayson “Gray” Walker’s heart shattered when Zoey chose another man over him. Since then, he’s built an impenetrable wall around his emotions. But from the moment she implodes back into his life, her vulnerability breaches his defenses. His skills as an elite member of the King Security team cannot shield him from the devastation of learning he might have left Zoey high and dry when she needed him most. Now, Gray must navigate the tripwire of helping her heal while protecting himself from being hurt again.

As the embers of their potent love reignite, an old threat awakens, leading to greater danger than ever before.

The porch door was open, letting a soft breeze move through the cottage. I breathed in the dewy dampness, and a faint pain echoed near my heart. If I closed my eyes, I could almost hear Mama chattering to my dad in the kitchen. She always got up early to make breakfast. The memories were buried but when they surfaced, they were mine to treasure. I drank my coffee and washed down the last of my cinnamon roll. And with it, gently nudged the memory away.

The breeze gusted and I brushed away a curl of hair fluttering in my face. Gray was cracking eggs now and a wave of lust crept over me. His easy—and mostly naked—confidence in the kitchen was weirdly heady. An image of his face when he came last night slipped into my mind. The dampness in the air transferred to my skin and I shivered, goose bumps prickling up my arms. Jeez. He was so sexy. Even more than I could have ever imagined. Rubbing at my goosies, I peeked at him through my lashes. A vague heaviness fluttered in my tummy. He was confident and seductive as hell, but he was also holding back. He might have had reason last night, but I wasn’t going to let him get away with it for long. Gray’s running days were coming to an end. Soon.

“Butterfly.” His sexy growl demanded my attention. He was sipping coffee, his electric gaze focused on me. “You wearing panties?”

OTHER BOOKS IN THE KING SECURITY SERIES
Luke’s Redemption (King Security Book 1)
Currently on sale for only 99c. Limited time so be quick! 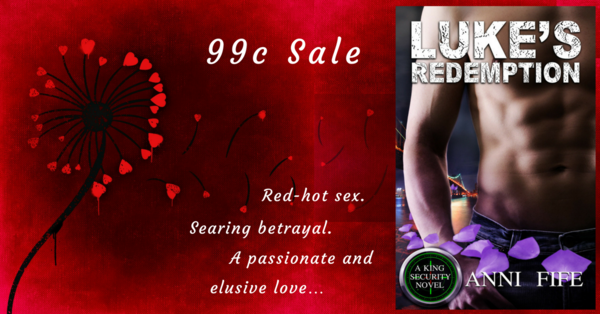 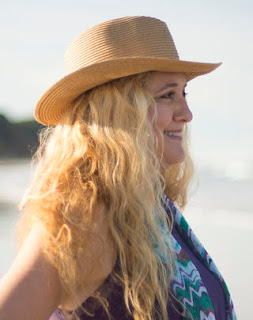 Anni Fife is an exciting contemporary romance author who has already made her mark in the popular genre of Steamy Romantic Suspense. Her debut novel, Luke’s Redemption, has been acclaimed by critics and readers and was a Finalist in the 2017 RONE Awards. Anni says she credits Kristen Ashley as her guiding inspiration, and strives to make her characters equally as heart-wrenching and unforgettable. She is currently working on Eva’s Peace (King Security Book 3).

Last year, Anni closed the door on a successful career in television production to fulfill her lifelong passion, writing. In the space of a month, she shut her business, packed up her city life, and moved to a small seaside village. When she’s not writing, she can be found on the beach searching for pansy shells, or drinking red wine and gabbing with her gal posse.

If you want to know when Anni’s next book is releasing and be first to get regular updates and BONUS TREATS, visit her website and sign up to join her POSSE.

Anni is published by The Wild Rose Press, and is a member of Romance Writers of America (RWA).

You can read all about Anni on her website, and join Anni’s Posse to get regular updates and Bonus Treats—www.annifife.com

ENTER Gray's Promise Release Giveaway!
You can be a lucky winner of one of three free ebook copies
of this brand new release. Good luck!

Hello dear Lisabet. It's wonderful to be back on your gorgeous blog, and a HUGE thank you for helping me spread the word about my new release. I'm so excited with how Gray's Promise and turned out and can't wait for feedback from readers. Wishing you and your readers an awesome festive season...and hours of happy reading. Anni xx

Thanks for your enthusiasm ;^) Sounds like a dynamite book - especially if the characters managed to hijack your carefully laid plans.

I like your comments about delaying the consummation of Gray's and Zoey's physical relationship. I find that desire burns hotter for being constrained.