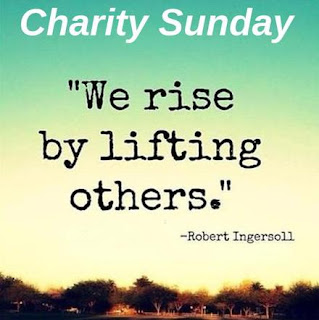 Welcome to my December Charity Sunday! In case this is your first visit—once a month I devote my Sunday blog post to some worthy cause that needs support. I talk a bit about the charity, then share an excerpt from one of my books. Then I encourage everyone I can think of to come by and comment.

For every comment I receive, I donate one dollar to the month’s selected charity.

Doing a good deed doesn’t cost you anything but a bit of your time.

I was torn about what charity to choose this Sunday. The holiday season always makes me grateful for having a warm, comfortable, secure home. What could be more awful than being on the streets at this festive time? So I was thinking that I wanted to select a charity that’s working to combat homelessness.

At the same time, I felt like celebrating the recent Australian law legalizing same-sex marriage, by highlighting a charity working for LGBTQ rights.

I managed to find a cause that combines these issues. True Colors Fund (https://truecolorsfund.org/) is a charity co-founded by singer Cyndi Lauper to help address the problem of homelessness among LGBTQ teens. Although youth identifying as LGBTQ make up only 7% of the overall population, they constitute more than 40% of the homeless teens in America. Often these kids are forced out of their homes by families who can’t handle their alternative sexuality. Once they’re on the street, LGBTQ teens are even more vulnerable to violence, sexual exploitation and mental health issues.

True Colors Fund works through advocacy, education, and youth collaboration to raise awareness of this problem and develop leadership and self-sufficiency among LGBTQ youth. During this season of sharing, I hope and pray that every person has a safe, loving home—no matter who they are.

For my excerpt, I’ve got a bit from my short holiday romance Slush, which happens to feature a homeless heroine who’s camped out in a chilly garage. Read and (I hope!) enjoy!

And as special holiday gift, I’ll send a free PDF copy of Slush to any commenter who includes his or her email address! (In addition to donating to True Colors, of course!) 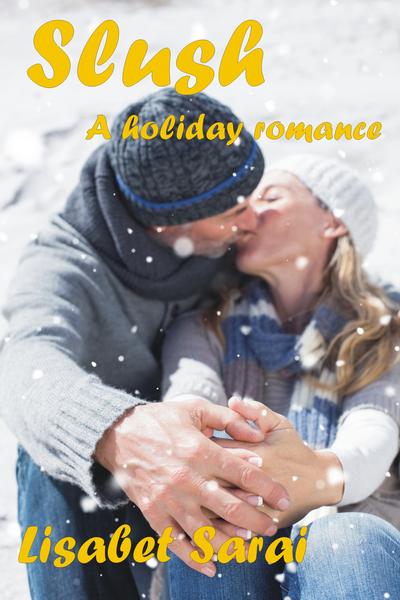 An odd sense of well-being stole over him as he propped himself against the wall, watching Daisy move around her rudimentary shelter. Her every gesture had an economical grace. With her back to him, she busied herself at a makeshift counter of planks and cinder blocks along the opposite wall. He caught the snap of a match, the chemical odor of Sterno. Her blond tresses were a shower of gold, illuminated by the single dusty bulb in the ceiling, When she stood on tiptoe to grab something off a shelf near the ceiling, her pert buttocks flexed under the red long johns. Ian mentally scolded himself as his cock twitched and filled. But what could he do? She was, quite simply, enchanting.

A heavenly aroma filled the space. Ian’s stomach rumbled. “Oh my God, that smells delicious! What is it?”

Daisy smiled over her shoulder. “Just Campbell’s tomato soup. About all I can afford these days. You want some?”

“Is there enough?” He felt so guilty, craving her meager supplies.

She brought him a steaming bowl and a bent, stamped metal spoon. “Careful, it’s hot.” She scattered cellophane-wrapped two-packs of saltines over the blanket. “Help yourself. It’s easy to filch more from work.”

“You have a job?” He dipped his spoon into the soup then blew on the hot surface. The smell reminded him of his childhood. His mom used to make tomato soup when he came in from playing in the snow.

“Sure. What’d you think, I was some kind of bum? At Donut Heaven, down on Huntington Ave. Only part time, and not even minimum wage, but I get a free uniform, lunch if I don’t have a split shift, and all the day-old doughnuts I can eat. Unfortunately, they make awful doughnuts.” She gave a rueful chuckle. “But it’s a lot better than nothing!”

Seating herself cross-legged on the mattress beside him, she tucked into her soup with the single-minded intensity of someone who was famished. “I was off today, though,” she added, as if in explanation.

For a while, they savored their soup in silence. What a mystery she was – beautiful, kind, self-sufficient, living on the streets, or nearly. What was her story?

“Been homeless for nearly six months now.” She spoke matter-of-factly, as if he’d asked the question aloud. “Came here last spring from West Virginia with my boyfriend Hank. Hank had folks here, an uncle who swore he’d get us good paying jobs in the hospitality industry. Turns out the uncle ran a so-called strip club up on Route 1. He’d paid Hank to bring me up here. Once I saw how things were, I ditched Hank and set out on my own.”

“That was brave. Why didn’t you go back to West Virginia?”

She set down her empty bowl. “Honestly? Weren’t much down there for me either, unless I wanted to marry some jerk and pop out kids. No, I figured I’d have a better chance here in the city. I didn’t realize how hard it would be, not knowing anyone. I was willing to do pretty much any kind of legal work, but with economy in the toilet and the cost of living...”

Her head bowed, her hair falling over her face. For the first time Ian heard weariness in her voice. How could he begin to understand what this girl had been through? He’d never lacked for anything – at least not anything material.

He reached out, stroking her golden locks. He couldn’t help himself. Her hair was as silky as it looked. Daisy glanced up at him through the blond curtain, her smile returning.

“How’s your head?” she asked, the brightness in her voice almost believable.

“Much better.” He allowed his hand to drift to her shoulder and down her arm. She trembled when his fingertips brushed her bare skin. “Thanks to you.” He squeezed her tiny hand in his larger one. “You’re my Christmas angel, Daisy.”

Don’t forget to leave a comment! Every one means more resources for homeless LGBTQ youth. And include your email address if you want a free copy of my story!

You're so thoughtful and generous. Merry Christmas! :-)

You're so thoughtful and generous. Merry Christmas! :-)

Thank you for your kindness, Lisabet. What a great charity.

Thank you for the great excerpt. A very worthy charity for your donation as always.

Bless your wonderful heart and generosity!

As the LGBTQ community is close to my heart, thanks for helping.
Larry

It's an AMAZING cause, and thank you so much for your generosity!

This is wonderful that you do this! <3

Another wonderful cause, Lisabet.
Christmas Blessings.

It's a great cause!

Great cause to support. Thank you for the post =)

I so admire you for doing this. It is so awesome. It sounds like a great cause.

Thanks to all who commented!

I just made a $20 contribution to True Colors because of you.

Tune in this Sunday to find out about my January charity.