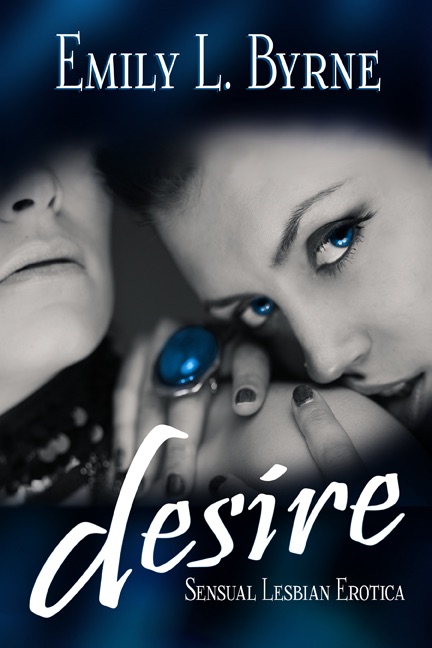 A few moments with Chloe and Priscilla herself would’ve given me a second look. It helped that I was about her size and I’d already had the mullet chopped off after Sue said she’d puke if she had to look at it one more day. What was left of my hair was slicked back and darkened with something out of a bottle. She touched up my brown lashes and worked her magic on my would-be smoldering gaze until the blue suede shoes looked just right. One blue glittery blazer and some tight black pants later and I was ready for anything. Just so long as no one wanted to hear me sing.

Julio smirked like an extra from “The Boys in the Band” when we came out to get him. The regulars all whooped and hollered until I took a bow and swiveled my hips a bit. Then they laughed. I laughed with them. Why not? We all went out arm in arm, still giggling.

Once outside, we hopped on the trolley bus and headed toward the distant lights and glowing fountains of the big places at the tourist end of the Strip. I practiced my sneer until we climbed off the bus at Treasure Island to the great delight of the tourists. Chloe made me pose with her while a couple of obliging drag queens heading off to do their show at some other club shrieked appreciatively. It was all good.

Mid-pout, I took a good look at Chloe. She gave me the full impact of the Look and blew me an air kiss. My stomach did a little flip just then so I didn’t notice Julio taking off until it was too late. “I see something yummy, kids. I’ll catch up with you later.” He sashayed off with a focused look that reminded me of a cat stalking a bird. The sweet little college boy he was after wouldn’t know what hit him. Oh, well. I had other things to think about.

Chloe dragged me across the street and onto the walkway in front of Treasure Island. I waved to a couple of people who yelled, “I see Elvis!” Probably thought there was a convention in town or something. The crowds were already getting thick when Chloe parked me in front of her by the rail. “I’ve seen it before. Watch your wallet. Things are gonna get kind of crazy.”

The crowd filled in, packing the wooden sidewalk until I couldn’t have gone anywhere if I’d wanted to. Chloe’s lips were at my ear. “The Elvis look really suites you, Pam. You a fan of the King?” I nodded my head and tried not to shiver as she leaned a lot closer. Her thighs burned me through my jeans and she slipped an arm around me as if to hold onto the railing. The pirate show started up and as the ships maneuvered, her fingers found my nipple and pinched it hard. I bit my lip to keep from yelling and tried not to arch my back against her.

That was when I realized that she was packing. I could feel the solid flexible weight of the dildo pressed against my butt and got a lot wetter while I warmed up to the idea of sex with the King. Or as close as I wanted to get anyway. The crowd crushed us together until I thought I was going to melt all over her in a big molten pool. I could barely breathe, especially when the cannons started firing and her hands got busy exploring. They roamed under my jacket and shirt, caressing my skin. Her breath was hot on my neck and I could see her lips curl in a sexy smile from the corner of my eye. I bit my own lips hard, smothering the moan that wanted to explode from them.

I recognize some of these titles. Great that you've put them together into a single book.

Thanks, Lisabet! Good eye! This collection is a mix of my newer and older stories - I'm making sure to give readers some old favorites along with previously uncollected work.