I grew up in the 80s. I thought nothing of it when Han Solo hounded Princess Leia until she took him on. Or when Maverick got Charlie by being publicly romantic. Or when Deckard hooked up with Rachel after getting rough with her in his apartment. As far as I was taught, this was normal — this was sexy.

Of course, I wouldn’t be comfortable with any of this in real life. A too-eager guy encroaching on my personal space is an instant turn-off. I’ve heard moments like these in 80s cinema contributed to the toxic masculinity rife in the world today. So with every sexy story I write, I wonder what kind of influence my misbehaving characters might have on real people, now and in the future.

Do male heroes coming on strong teach us to expect that men must come on strong to be desirable and heroic? I’ve seen plenty of men who behave aggressively to appear strong. Or worse, passive aggressive to demonstrate strength while still appearing polite. Is it because they’ve been taught this behaviour is normal — that it’s what they need to do to be sexy?

Are there ways we can depict masculine strength with both situational realism and respect for women? This is what I wanted to explore.

Rhys Carver is the strong and respectful hero of my new novel, Chasing Sisyphus. As a cop, he holds fast to a sense of duty without having a stick up his butt about it. He’s aggressive, but not boorish and thoughtless. And when it comes to sex, I figure he was more of a maverick in his younger years, but learned to rein it in after all the fucked up shit he’s seen. At 35, he’s professional, he’s on the level, he’s got his act together.

For him, the struggle is in balancing the impulse to act with the rational smarts and reasonable use of force that make him a good detective. Taking the cop and bounty hunter stuff out of it, Rhys’s dilemma mirrors the real dilemma I’ve observed in and discussed with almost all the men in my life — especially the ones who I respect the most.

In both fiction and real life, I turn to strength’s more stoic characteristics. It’s not the same as coming on strong, using grand public gestures to coerce love, or forcefully imposing your will upon others. Instead, it’s a deep-seated perseverance in the face of your flaws, your dirty thoughts, your unsavoury impulses. It’s a commitment to maintaining that balance in a productive way, resulting in a quiet fortitude that makes you someone who can be counted on when the stakes are high.

Thank you so much, Lisabet, for having me on your blog. 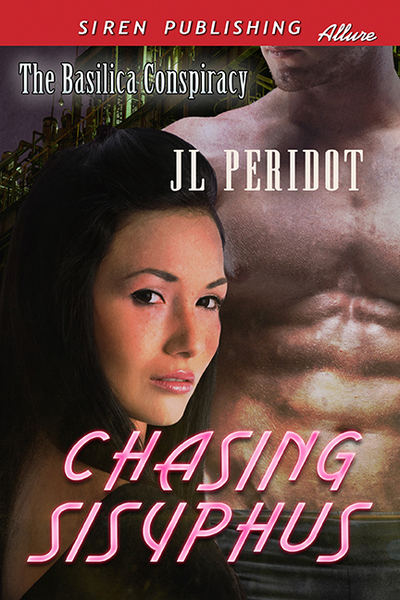 Bounty hunter Adria Yuan is hot on the trail of her final hit: a notorious hacker wanted by the city’s elite. With the reward, she can pay for her brother’s surgery and finally get out of Basilica City. Trouble is, her line of work’s not exactly legal, and she’s barely staying ahead of the cops who want her target, too.

Detective Rhys Carver may be a little unorthodox, but he’s a good cop. Born and bred in Basilica, he does his part to keep his city clean. As clean as it gets, at least. And with Adria suddenly in his sights, it’s going to take more than falling in love for him to let her go.

As the pair close in on their mark, they are unwittingly drawn into a high profile conspiracy that could thrust the whole of Basilica into chaos. Can Adria and Rhys set aside their differences, and their desires, to save the only home they know?

He couldn’t make out her face, but he sure noticed her tight silhouette as she walked by the Nova Legion statue. She seemed a little upmarket for the scene and, come to think of it, he didn’t remember seeing her leave. She was probably still there, waiting under the streetlamp like a femme fatale in those movies Keats kept on mute at his desk on a tiny TV.

Somewhere nearby, a door shut. At any other time, it would have been another pip of noise in a filthy district. But it was too quiet around here. Too few people to make a sound like that seem normal. Anywhere else, it would be the sound you shut out. Here, to Rhys, it was a dog whistle.

“Keats, I heard something,” he said. “Gonna go check it out.”

“Not a good idea, Carver. There’s a chase at the north end. Cap’s called the cars in. You got no backup.”

“You’ll be in deep shit if the boss finds out. How do you even know it’s him?”

“We’ve been watching this guy for weeks. I got a feeling he’s onto us. Or, if not us, then someone else who wants him out of action.”

“Jeez! All right…where you heading?”

“Building two thirty-four on the corner. Going in via the south entrance.”

“CCTV’s busted on the west side, but I got eyes on the north exit. Actually, building report says the east and west fire escapes are busted, too. You keep the south door covered and your boy ain’t going nowhere.”

Weapon in hand, Rhys crept inside and shut the door behind him. It was dark. The only light came in from the street through gap-tooth blinds and dusty windows. It took a second to adjust.

Broken floor tiles and peeling wallpaper lined the foyer. A lamp hung from a wall, still intact. This might have been a nice place once, before the city’s worst years. Now it stood waiting for the official condemnation that would put it out of its misery. Like the rest of this district.

The stairs creaked under his weight, the ceiling creaked above him.

“Keats, we got residents here?”

“Negative. Power and water were cut off twelve years ago. Why, you see something?”

Gunshots exploded above. No time to answer. Rhys popped the safety and legged it up the stairs.

Adria hadn’t counted on the tripwire. This kid knew someone would follow him home one day. He’d strung a line of empty soup cans across the apartment hallway. When she kicked that out, a hefty serving of iced water came down squarely on her head. Gooseflesh prickled her neck and shoulders. The muscles in her jaw seized in the cold. Against the shock, she scrambled to her feet, fired up to catch the stomping and crashing in the other room before it got away.

A figure ran past the doorway.

She scanned the room. It was dim at best, thanks to the streetlights from outside, but she saw enough. Computer equipment and various peripherals lay strewn across the floor, some still plugged into a transportable battery in the corner, emitting tiny lights and numbers.

A window slammed shut. The glass shattered. Shards crunched and ground beneath Adria’s boots as she hurried in pursuit of her fleeing target.

When she stepped out onto the fire escape, two hands rammed her into the ladder. The whole balcony shuddered from the collision. Pain flared down her shoulder, but she kept her grip on the gun. She held it up with her good arm and fired.

She stumbled backward, clutching her burning shoulder, but the railing crumbled under her weight. Adria grabbed what was left of it with both hands as her footing slipped away.

It looked like a four-storey drop. Maybe five if she’d miscounted. Her legs dangled over thin air while from below came the clatter of broken pieces of railing, along with her gun, as they hit the concrete.

Overhead, her target stomped away on the rungs and disappeared onto the roof.

Adria’s shoulder raged. She tried to pull herself up, but couldn’t take the weight with just one good arm. Her feet kicked out, searching for a foothold, but the grill beneath had long withered away to slivers of rust and sharp edges.

Water and sweat dripped into her eyes. She swiped them helplessly on her sleeves and winced as rough seams grazed the skin. The railing creaked in her clammy grip. She could always let go. If she timed her landing right, maybe she’d get away with a broken ankle and a tetanus shot. Surely it only looked like a long way down.

Then she heard a gunshot from inside the apartment. 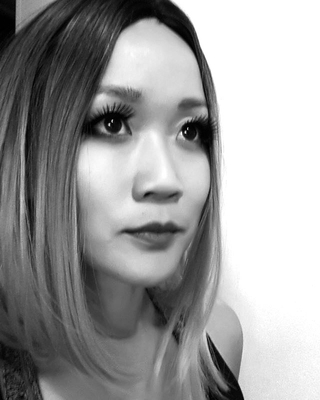 JL Peridot finds it very attractive when a person can own their ego and overcome their flaws. She’s also open to the idea that this might be asking a lot. From her home in sunny Australia, she writes romance and erotica while two cats and a strong, respectful man keep the rest of the house warm.

Welcome to Beyond Romance, JL!

Hope your tour is really successful.

Thank you so much, Lisabet ��