Now that the 2017 holiday season has begun, I’m sure everyone has a fond holiday memory/tradition that has been passed down through the family. A family memory/tradition--one that my family stopped following once my grandmother passed away--I will forever cherish is helping Grandma make Uncle Leon Soup.

Grandma, although not born in Italy, spoke fluent Italian and French as her parents immigrated to the United States shortly before she was born. Whether the recipe for Uncle Leon Soup was one passed down from my great grandmother or whether Grandma came up with this one all on her own, no one in the family knows, but it’s something I miss at Thanksgiving and Christmas Eve.

I firmly believe being in the kitchen and cooking for the holidays always made Grandma happy. One thing my brother and I could count on: being kitchen helpers when it came time to make Uncle Leon Soup. Of course, we always asked how this yummy recipe ended up with the name Uncle Leon Soup, and no matter how many times Grandma told us the story, it never got old or boring.

When growing up, Grandma’s best friend Rose, my mom and her sister called her Grammy Rose, married Arthur Weingartner and they had a son named Leon who my mom and her sister called Uncle Leon. Grammy Rose and her family were always included at Thanksgiving dinner and Christmas Eve dinner. The first Thanksgiving dinner to which the Weingartners were invited Grandma made this soup, which consisted of breadcrumbs, parmesan cheese, eggs, and a dash of nutmeg, Leon claimed it his favorite dish ever. Thus the name Uncle Leon Soup was born.

My brother and I never had the opportunity to meet Grammy Rose or her family, but pictures remain of Grandma and her friends. Watching and participating in the making of Uncle Leon Soup always put smiles on our faces. Grandma would lug her huge crank-handled meat grinder--remember this is from a six-year-olds perspective--up from the basement and attach it to her thick wooden kitchen table.
We took turns mixing the ingredients in a bowl then shoving handfuls of the mixture into the top of the meat grinder. Turning the crank was a chore as it required lots of elbow grease, but my brother and I shared in the duty. As the “noodles” came through the holes at the other end of the grinder, Grandma would cut them into a bowl. Once all of the noodles were ready, they’d be put in a pot with chicken broth and simmered on a low flame for at least an hour before it was pronounced ready to eat.

I suppose if I got my hands on a new electric meat grinder, I might someday try making my own Uncle Leon Soup, but I don’t think it could ever compare to my memory of Grandma’s creation.

In RIPPING OFF THE MASK, Cooper Brandt’s holiday memories are marred by a tragedy that took place the night before his high school graduation. As self-imposed penance for the heartbreaking misfortune, Cooper forced himself to wear a mask much like a hair shirt.

Upon meeting aqua therapist Dr. Westley James, Cooper curses the fates as he begins to believe that Karma has decided to retaliate for his misstep.
Westley’s first impression of Cooper isn’t a good one, but he’s willing to give the sergeant another chance.

Several more hairpin turns in the road await Cooper and Westley as they both strive to make holiday memories of their own. To find out if they succeed, be sure to read RIPPING OFF THE MASK by Harper Jewel, published by Loose Id. 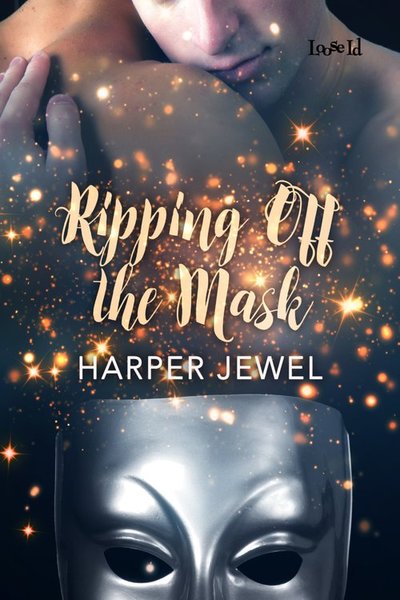 Can injured Sgt. Cooper Brandt, with the help of Dr. Westley James, rip off the mask he donned as self-imposed penance at the end of high school, or will fate determine a different path for both men?

Thirteen years after high schooler Cooper Brandt suffered a life-altering tragedy, Newark Police Sergeant Cooper Brandt suffers yet another earthshaking misfortune while on duty. As a result, he lets the mask he donned because of his first grief-filled setback slip. When overwhelming guilt consumes him for a second time, an unexpected, and oftentimes unwanted, helping hand tries to force him into making a choice: face his demons and rip the mask off, or continue living a lie while his facade stays put.

Upon his move to New Jersey, aqua therapist Dr. Westley James meets his toughest patient yet when a snarly police sergeant accuses him of duplicity at the start of their first session. When he discovers the reason for Cooper’s ornery attitude, an odd, empty feeling he’s lived with for as long as he can remember begins to fill in like missing pieces of a puzzle.

As a fragile relationship between Cooper and Westley grows, an unhinged sociopath threatens to ruin everything. Will fate force the emotionally bruised sergeant to fasten his mask on even more tightly or will the couple’s blooming love and partnership be strong enough to help Cooper rip his mask off for good?

They made their first stop at Dunkin’, and as promised, Silvio ran inside while Coop remained in the police vehicle. A few minutes later, with coffees in hand, he returned to the squad car and handed Cooper his iced coffee—black, no milk, no sugar.

“Thanks, Sil. Did you get your regular?”

“Oh, I don’t know. Because you might surprise me and forgo the coffee-milk you favor and go with something different for a change.”

“Come on, you can’t possibly call what you have in your hand coffee. You tell the baristas to give you a medium but put it in a large cup and then ask them to add at least a full cup of milk to it. Seriously, man, how hot can it be after that? And why would you want to drink something even remotely warm when it’s already close to eighty degrees outside?”

“I don’t like my coffee too hot, but I don’t like it iced either. Besides, haven’t you heard that milk does a body good?” Silvio shrugged and gave his partner a smug, tooth-baring grin.

Coop burst into laughter. “You’re such a dork.”

“At the risk of sounding too dorky, suck it up, buttercup. You’re stuck with me. So you keep your end of the bargain and drive since I did the buying.”

Harper Jewel lives in northeast New Jersey with her husband and college-age daughter. She has two cats, enjoys reading, and taking trips to Walt Disney World. With her outgoing personality and vivid imagination, she can create characters and plots that are believable as well as memorable.

Although she began writing male/female romance/erotica, she has finally found her niche in Gay Romance. She thoroughly enjoys her male characters as they speak to her quite loudly while proving love is love. She is proud to have the honor of being the first M/M author accepted at the now-closed Lush Publishing.

In addition to her writing, she’s expanded her skills to include formatting for Smashwords Premium Catalog, Barnes & Noble, Kobo, & Amazon.

In September 2015, she created Slippery Fingers Press & Publishing Services. She uses the company name for self-publishing as well as her formatting jobs.

Ripping Off the Mask, her first full-length novel, published by Loose Id is now available at most e-book retailers.

To find out more about Harper Jewel, visit her website at www.harperjewel.com.


Giveaway! Leave me a comment with your email, and I'll send you a copy of my holiday story Santa's Naughty Elf! Everyone who comments gets a copy! (But don't forget to include your email...)