Kryssie is giving away a $10 Amazon Gift Certificate and three ebook copies of Submission, Secrets, and the Soldier to lucky winners during the tour. Please use the Rafflecopter below to enter. Remember there is a chance to enter every day, so please follow us along on the tour. You may find the tour locations here.

About the Boxed Set

Marriage, Mobsters, and the Marine 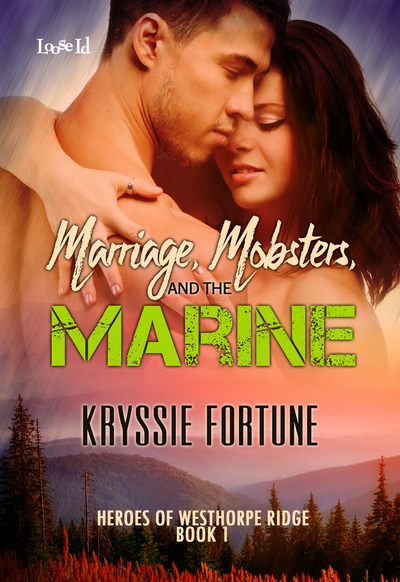 Jared Armstrong, a former Marine sharpshooter and occasional Dom needs $125,000 to get his family out of a hole. His solution--to marry Abigail Montgomery for her money. His only regret is his wife won’t accept his spanking lifestyle.

Gradually, Abigail comes to dream of making their marriage real, but she promised Jared a divorce two years after their wedding. Can they share some Christmas magic as their relationship faces extortion threats, a kidnapping, and an attempted murder? Or will Jared break her heart when he walks away?


Sex, Scandal, and the Sheriff 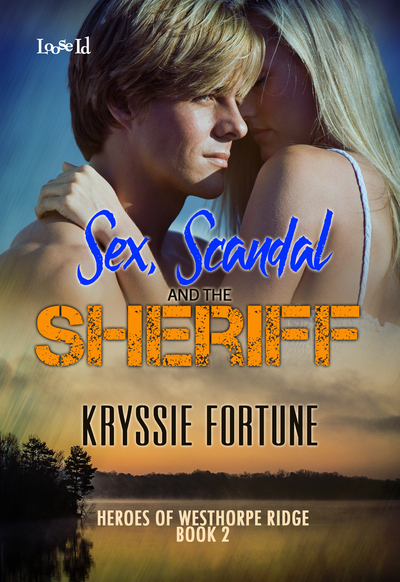 Jasmine Stewart (Jazz to her friends) falls for the blond stranger when he spanks and seduces her at a Washington soiree. Later, when she discovers her flatmate is trying to draw her into a spy ring, she goes to the authorities. The ensuing publicity costs her her job, her security, and her future. Starting over in Westhorpe Ridge is her only option.

Sean Mathews, former SEAL and Westhorpe Ridge’s sheriff, can’t forget the woman he spanked when he visited Washington, but he thinks she’s a spy. When she turns up in Westhorpe Ridge, he tries everything to make her leave town. Despite their misunderstandings, though, they can’t keep their hands off each other.

As Year’s Eve looms, the spy ring resurfaces. Jazz will need all of Sean’s SEAL prowess to survive. But because his wounded leg cost him his speed in the water, will it be enough?

Desire, Deceit, and the Doctor 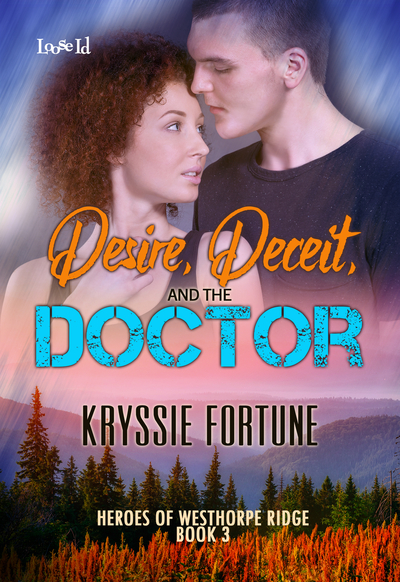 Twelve years ago, Mandy Devlin moved away from her friends and family--under threat. If she returned in the next ten years or told anyone who fathered her baby, her boyfriend’s great-aunt would bankrupt her family. She’s a single mom who dreams of her lost love and a good spanking. When she’s finally free to return to Westhorpe Ridge, the last person she expects to see is Adam--the man she loved and lost so long ago.

Dr. Adam Montgomery doesn’t know he has a son. Thanks to his great-aunt’s will, he has nine months to find a bride or he loses Montgomery Hall and the fifteen million dollars she left him. Although he seduces Mandy on his first night home, he still believes she betrayed him twelve years ago. No way would he marry a woman like her.

As Valentine’s Day looms, someone tries to kill Mandy. Is Adam trying to get rid of her? Or can Mandy trust him to protect them?

Note: All of the books in this set were previously released as single titles.

Excerpt from Desire, Deceit and the Doctor

Ben pointed at the man the medics were checking. “He ran down the beach, dived in, and hauled me back to shore. Then he picked me up and shouted at me. He wouldn’t put me down. I couldn’t get away no matter how hard I tried. Duffy kept barking and jumping up at him, but he yelled, ‘Sit,’ and Duffy did.”

Mandy glanced around, wondering where the dog had got to, but her concern for Ben overrode everything.

Her son hiccupped in a great lungful of air. “Once we got off the beach, he opened the back door of his black SUV. Duffy jumped in and sat there like he owned it. I thought that man meant to shove me in his car and drive off, especially since he wouldn’t put me down. I tried to squirm free and yelled for Mom. I—”

The rest of his words were lost as he buried his head against her chest and wept harder. Mandy stared at the black SUV, the same make and model every tourist rented. It would have faded into traffic and vanished if the guy she’d decked had managed to force Ben inside it. Only, according to Ben, the man at her feet was a hero not a kidnapper.

Now she’d heard the truth, she wanted to shake Ben too. Not that she ever would, but her temper still burned inside her. The guy she’d brained with the bottle had risked his life to rescue her son. She felt bad that she’d assaulted her son’s savior, but nothing gave him the right to manhandle Ben. Torn between tending the stranger or kicking him for upsetting her son, she swallowed hard. “Is he dead? Please tell me I didn’t kill him.”

As she spoke, Ben’s rescuer groaned and tried to sit up. “What the hell?”
Gods, she knew that voice. It might be deeper, smoother, and sexier, but she’d never forget the three years she’d spent dating its owner or the dreadful way things had ended between them.

One of the paramedics eased the injured man’s arm out of his shirt and gently held him in place. “Lay still. You’ve had a blow on the head, and you’ve reopened the wound in your shoulder.”

Sean’s jaw dropped. “Adam? You weren’t due home until Easter. What happened? And what’s with that wound in your shoulder?”

Mandy’s pulse raced, and she shivered with shock. Adam’s voice sounded as mellow as Scotch whisky and just as tempting, making her ache for what might have been. Her hands trembled, and her heart pounded so hard it felt like a hammer trying to break out of her chest.

Even now, she couldn’t understand how she’d loved and lost, or why Adam had left her after the one time they’d had sex. Despite the way he’d hurt her, she forced a small smile. One night of sex in thirty years wasn’t a great average, especially when the sex had been so bad she’d cried afterward.

At least Adam had moved on and made a life as an army medic, or so she’d thought when she mortgaged her life to buy the hotel. After she’d signed on the dotted line, she discovered Adam would be home soon. “Easter,” his little sister, Abigail, had said. Mandy had hoped to get Devlin’s Hotel’s Valentine’s Ball out of the way before she considered what to say to Adam, especially since he didn’t know about Ben. Now Adam had turned up almost seven weeks early.

She’d always known seeing him again would hurt, but she hadn’t expected his presence to make her short of breath or for her body to tremble for his touch. She’d imagined so many ways to greet him once he came home, but none had included laying him out with a beer bottle.

She took a deep breath and satisfied herself that Ben hadn’t suffered more than a bad fright. Standing here staring at Adam, she felt scared, excited, and exhilarated, like a human cannonball who’d missed the net. Her gaze felt glued to the only man she’d ever loved. The man who’d hurt her so deeply she’d never dated again.

The intervening twelve years had made his shoulders broader, and when he rose to his feet, he stood taller than when she last saw him. Even damp with seawater, his close-cropped hair shone like a raven’s wing. His broad lips still looked they’d been made to be kissed, but he had more muscle than she remembered. At eighteen, he’d been good looking. At thirty, even soaking wet and furious, he was drop-dead gorgeous. Everything about him seemed…more. 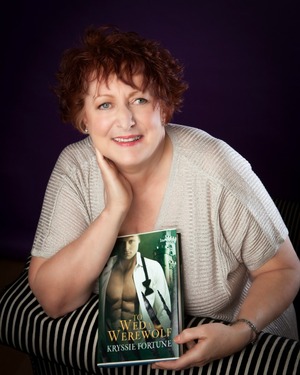 Kryssie likes her contemporary heroes ex-military and dominant. Her heroines are kick ass females who can hold their own against whatever life - or Kryssie - throws at them.

Kryssie's pet hates are unhappy endings, and a series that end on a cliff hanger.

Her books are all stand alone even when part of series. Plot always comes before sex, but when her heroines and heroes get together, the sex is explosive and explicit. One review called it downright sensual.

My fav tradition is making M&M cookies together... we have done this since we were kids...

Congratulations on the release, Kryssie! And Happy Holidays!

Hi Collen, I used to love baking with my kids.

Hi Lisabet, thank you for letting me drop by