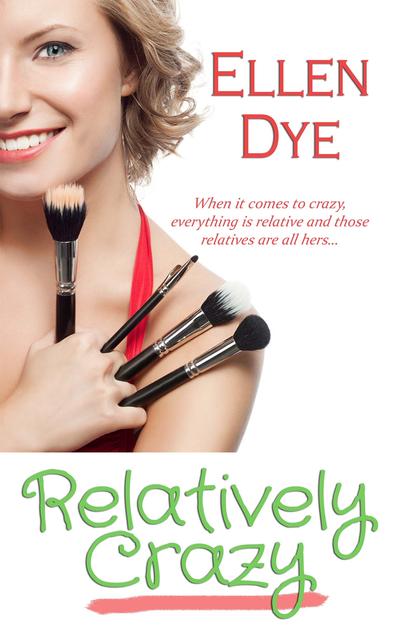 On her fortieth birthday housewife Wanda Jo Ashton is expecting her husband's standard gift of an E and E from T-that being Elegant and Expensive from Tiffany's. However, what she gets is the news that her formerly successful, dependable corporate attorney husband is leaving her to pursue the rich life of a kept man. Left with nothing she has no choice but to escape the San Francisco area, with her sixteen-year-old daughter in tow and head toward the mountains of West Virginia and the quirky family she left behind twenty years ago. Here Wanda Jo must carve out a future, complete with career and home in the midst of family feuds, computer phobias and the occasional homebrewing explosion before she finally figures out life can indeed being again at forty.

Okay, there is was. Looking no different than twenty-two years ago. A small opening in the woods marked by a gray, metal, utilitarian mailbox and a graveled trail that passed for a driveway in these parts.

I was home. Oh God help me. Please.

I depressed the brake pedal, leaving behind the paved surface and tried not to wince as what sounded like millions of tiny gravel bits pinged against the underside of my car.

The azaleas lining the drive still looked the same. The one at the very end caught my attention, I could have sworn it jiggled. Oh no, it couldn’t be. Surely it was impossible now.

Suddenly the bush jumped in front of the car.

I slammed on the brakes, pinning Olivia to the seat with my outstretched arm. In the fashion of mothers everywhere I was protecting my offspring from flying through the windshield by crushing her windpipe while invoking the Maternal Arm.

I looked toward the hood and the half-dozen bobbing azalea twigs in front. I sat resolved as they rose and were followed by an old pith helmet and a face which looked a bit older than I’d remembered, although it was hard to tell precisely, given the layers of green and black greasepaint. A body followed, dressed in a set of ancient Army –issued fatigues.

I simply nodded, there would be plenty of time later for my daughter to find out exactly what was swimming around in the waters of the gene pool from whence she’d sprung.

At the age of nine Ellen Dye decided she was going to be a writer when she found her Aunt Nettie’s trunk of True Confessions magazines and spent untold hours reading the lot, a bag of Munchos potato chips and a frosty RC Cola at her side. Then, being nine, she promptly forgot all about it as she got lost in the pesky business of growing up, And then one very lucky day she spotted a confession magazine on the grocery store shelf and began to tap out her own stories which were a delight to see published. Now she spends her days tapping out her characters’ happily-ever-afters for The Wild Rose Press.

Ellen Dye will be awarding a $25 Amazon/BN GC to a randomly drawn winner via rafflecopter during the tour.

congrats on the tour and thanks for the chance to win

Thanks so much for hosting me today :)

This sounds hilarious. I hope the book does really well!

Thank you, Lisabet. I'm hoping the very same thing :) Many thanks for stopping by today