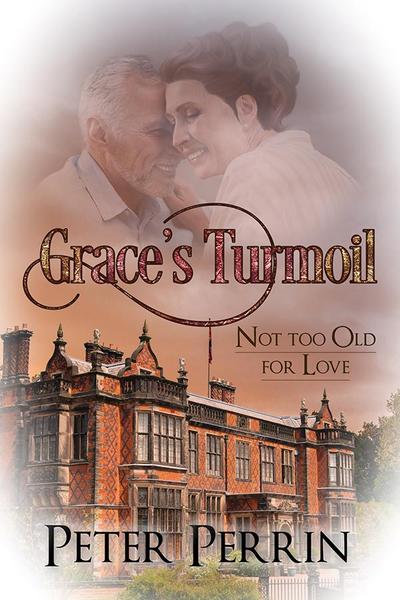 A few years ago, my granddaughter self-published two novels on Amazon, at the age of fourteen. I was impressed with this and decided to try writing a novel myself, after all they do say everyone has a book in them. I thought that at the very least it would be a good mental exercise for my then sixty-nine-year-old brain. How much exercise I could never have imagined.

I believed the younger generation thought most people over the age of sixty had one foot in the grave, and were just killing time until the grim reaper claimed them. But, I knew that wasn’t the case for many people, so I looked for a way to write something to show them in a positive light.

Even though at this time I had never read even a single romance novel I decided to write a romance, with the hero and heroine both being over sixty. And, I came up with the idea of my characters being residents at a retirement village that was pretty much a private five star hotel. There was a lot of scope for activities and relationships and I was sure the idea would work.

Unfortunately, I had virtually no previous writing experience or training and no idea about planning, outlining, plotting etc. So, the book started off as a series of conversations, and developed slowly from there. Sadly, my inexperience meant that a lot of what I wrote wasn’t very good, and I had to throw away a lot of material as the book developed and the story just didn’t work properly. This meant the book took a lot longer than I had initially expected it to.

Before I really started on the body of the novel I created separate Character Portraits for both the heroine and hero. Then I created a virtual interview with each of them. On top of that I looked at how certain star signs are supposed to work together, or not. From that I came up with the idea the heroine would be a Pisces and the hero would be Aries. Astrologically it is claimed that for these two signs when their minds link it is magical. They stimulate each other, both in sexual and non-sexual ways. And they are also inclined to irritate each other. This gave me a strong feeling for how they would get on in the story and why at times they wouldn’t.

I think my decision to set my book in a retirement village was a brave one. It meant that much of the action would either be based in that location, or start or finish there. But, I felt that by doing so I had a perfect excuse to have so many mature people in one location, trying to get along with one another. And in some cases, they would be trying to do a lot more than just get along. My wife and I went to visit one such retirement village and were impressed by the facilities available there. It was that establishment that gave me the idea of having my imaginary village (The Grange) set in a seventeenth-century mansion that had been converted into a modern retirement complex with first-class facilities, rather than a characterless modern building.

As the book developed so I came to know my characters—especially the main ones—and began to think of them as real people. At times I could really feel them interacting together as if I was present as an observer. At times I felt quite emotional when reading back some of what I’d written and that made me feel I must be doing something right. But the highlights were when, on several occasions, I looked over what I had written and thought ‘that wasn’t supposed to happen’ or ‘I never meant them to say that’. I had experienced what I had previously only heard about; my characters had written part of the story themselves. What a remarkable and deeply satisfying feeling that was.

I submitted a sample chapter to a publisher to see if it fitted with the sort of work they published, and it did. After a year of rewriting and polishing the manuscript I submitted it and ten months ago I won a publishing contract. Now, at the age of seventy-three, my debut novel, Grace’s Turmoil has just been published by Devine Destinies as Book One of a series called ‘Not Too Old for Love.’ And within a few days it will be available from Amazon, both as an eBook and in paperback.

It seems that over recent years more and more readers of romance had become frustrated that all the heroines they read about were aged about twenty, whilst they themselves were on average at least ten years older. They were looking for heroines they could identify with. Women who had life experience and carried emotional baggage with them. Women who had experienced the pain of becoming a widow, or experiencing a painful divorce. In short, real women.
Unfortunately the book was finished before I knew so many romance readers felt like that, so I guess I’m lucky that my instincts drove me to write about the sort of people I did. Now it seems that there are a growing number of authors writing for this new market, which seems to be being referred to as Seasoned Romance, Second Chance Romance, and the like. I’m proud to be a part of that growing band of authors trying to respond to this demand.

This started out to be one stand-alone novel, but people who critiqued it along the way wanted certain characters to get their own book(s) later, so I decide to try my hand at creating a series in which each of the books would be stand-alone, but would be linked by at least one character from a previous book. There have certainly been enough interesting characters created to lead to another two books, and I have the seed of an idea for a couple more. This is exciting for me but has the downside that I’m going to have to write much quicker, and more efficiently in the future to make this possible.

Divorced and emotionally damaged, artist Grace Stollery wants nothing more than to spend her semi-retirement painting and let time heal her emotional scars.

But when dashing widower Alfred Nobel moves into her retirement village he turns her life upside down and her heart inside out by awakening feelings she wants to keep dormant.

Alfred quickly sets out to woo Grace and slowly she warms to him. But the village’s resident femme fatale wants him for herself. Will she succeed in driving a wedge between Alfred and Grace?

Grace jabbed at the volume button on the remote control, turning up the sound on the television. She was trying to drown out the chatter which filled the palatial residents’ lounge. It had been like that for days, and she’d grown tired of it. Who would have thought the imminent arrival of one man could affect mature ladies like that?

One of the things which had appealed to her when she moved to The Grange retirement village was the lack of men. Yet a man who aroused feelings in her she didn’t want was going to add to their number.

Grace had caught a glimpse of him across The Lounge a few months ago, taking the standard tour of The Grange. He'd towered over the young woman he’d been with, and she’d guessed he was at least six-foot-five. Built like a tank, with a mass of wavy white hair and a snow-white beard, he’d reminded her of a polar bear. His presence had been overpowering and almost menacing. An image of him defending a seventeenth century mansion in days gone by had jumped into her mind.

Looking at him had sent a spontaneous burst of attraction rippling through her. It had caught her by surprise. Becoming attracted to anybody was the last thing she’d needed right then. Her divorce had been too recent and too painful. All she wanted was to focus on her painting to block out the pain. Although she hadn’t come there to look for a man, there was no denying how she’d reacted to the sight of him. She wondered how she would cope when they met. And she couldn’t help feeling he was going to have quite an impact on her life. Whether it would be a good impact or not was the million-dollar question. He might be the greatest thing since sliced bread! Or he could turn out to be a snake in the grass like her ex-husband. 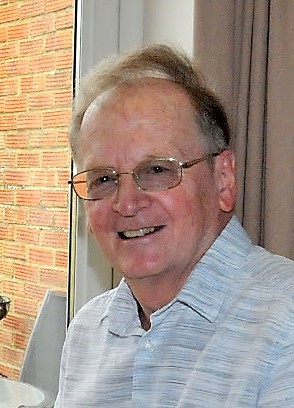 Peter Perrin writes sweet, seasoned romances involving larger-than-life mature characters who will make you rethink your views on older people in a positive way. His characters are mature in age but not necessarily in their behaviour. They may not be in the first flush of youth but that doesn’t stop some of them acting like hormonal teenagers.

Peter was born in Romford, in the county of Essex, near London, England. For nearly twenty years he has lived with his wife of almost forty years in a quiet suburb of Swindon, in the county of Wiltshire, in England. He is a father and grandfather.

He is a former member of The Royal Air Force who has served in the UK, and in Madagascar, Singapore, and Saudi Arabia. He was also stationed for two years in Aden—which nowadays is part of Yemen.

After almost fifteen-years’ service in The Royal Air Force Peter worked in Engineering, Quality Control, and Procurement Management, not to mention myriad smaller jobs in between those careers.

Now that he is retired, Peter’s interests are writing, carp fishing, and (despite being in his early seventies) PC and PlayStation games.

His favourite quote is “Youth passes, but with luck, immaturity can last a lifetime.”

Thanks for having me, Lisabet. I hope your readers enjoy the post.

I've read Grace's Turmoil and I have to say that's it's simply wonderful. Highly recommend! Peter, it was interesting to read your "behind the scenes" look at how you got published. You've got a gift for writing and I hope to read many more by you. :)

So sorry I wasn't here to welcome you yesterday. Life intervened...!

Huge congratulations on getting your first book out there. And as Mrs. Light and Daryl have said, looking forward to your next!