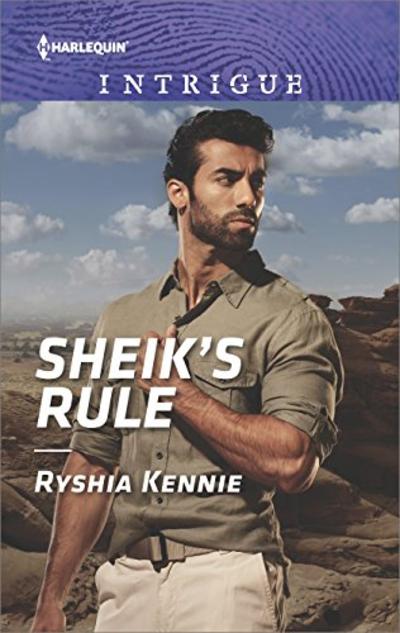 His sister's life is at stake, and despite his wealth and power, Sheik Emir Al-Nassar feels helpless. At least heading his family's security agency provides him with resources to track down her kidnappers. But when the ace profiler he's sent turns out to be K. J.—Kate—Gelinsky, Emir is furious. Finding the kidnappers' desert hideout is dangerous enough without the distraction of a beautiful woman.

But K.J. is unlike any woman he's ever known. Her fearlessness and incisive mind inspires Emir's admiration. And her compassion breaches his guarded heart. Still, rescuing his sister is a perilous mission. And allowing desire to cloud his focus could endanger them all.

Just looking at that hand confirmed every doubt he had. It wasn’t just about customs, she was female and because of that and so many other things, she was the wrong person for the job.

“I’ll help you find your sister. You just need to trust me.”

“No!” The word came out with the pent-up fury that had built since the fateful call from Tara’s kidnappers and now the full impact of it sparked in his eyes as his temple pounded and his fists clenched.

“No,” he said with less edge but with no room for negotiation. He was wasting time, had wasted time, first waiting and now in a senseless airport run. “I don’t care what you specialized in. You’re a woman and because of that you’re going home,” he said bluntly. “I’ve wasted enough time. I’ll speak to the pilot and we’ll get you out of here.”

“You’re not being fair.”

“I’m not being fair,” he repeated, emphasizing each word. If she’d been a man he would have had her by the collar up against the wall, his face in hers. But she wasn’t and that was the problem. “You’re useless to me. I’d have to watch out for both you and me. That’s a distraction. Look at you – you couldn’t swing a punch or…”

One minute he was seething, glaring at her, and the next he was flat on his back.

“You bloody flipped me,” he snarled, leaping to his feet. 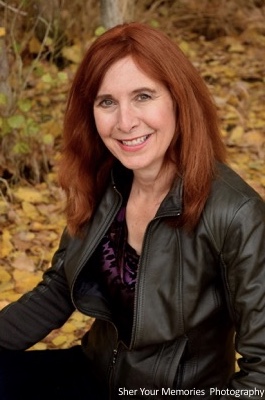 The Canadian prairies are my home and while the prairie landscape is blessed with beautiful blue skies, it also has four seasons that come on full throttle – especially winter and because of that I like to travel. Often on those trips, stories are born.

In 2011 I won my city's writing award, and was the first romance writer to do so since its inception. In 2013 my romantic suspense was a semi-finalist in the Kindle Book Awards. Published in historic romance and paranormal romance as well as romantic suspense, in February 2016, my first novel was published by Harlequin Intrigue.

There’s no lack of places to set a story as my imagination and the too long prairie winters may find me seeking adventure. The memories of those worlds both near and far, the words of a stranger, the furtive look one man gives another, often become the catalyst for a suspenseful story with a deadly villain and an intrepid hero and heroine who must battle for their right to love or even their right to live.

When not dreaming of other stories, I can be found scouting out a garage sale or two, dusting off my roller blades or just thinking about the next adventure that may be miles away or in my own backyard.

Ryshia will be awarding a $20 Amazon or B/N GC to a randomly drawn winner.
Use the Rafflecopter below to enter!


Thank you so much for having me. I’m excited to be here and for this day to finally arrive – Sheik’s Rule published. It seems forever ago and yesterday that I was dreaming of how Emir and Kate would get past their differences, how they would possibly stop the kidnappers on time, how… They’re a fiery couple but made for each other just like the Moroccan setting was made for their romance. Have you ever fallen in love with a setting, a place? I think I do with each book I write. But Morocco was different, I visited it on my honeymoon so it brought back great memories to “travel” back to today’s Morocco.
I’ll pop in and out through the day. Although, this morning I’ve promised my mom that I’d take her for groceries. So, after that bit of mother and daughter time this morning, otherwise I’ll be checking in throughout the day. I’m looking forward to any questions or comments – in fact I have the first cup of coffee ready to go! Cheers to a fun day.

Here’s a thought – have you ever fallen in love with a place?

Hi, Ryshia! Huge congratulations on your release. I know, sometimes it seems to take forever.

Morocco was actually one of the first places I ever traveled. I realize now that the experience was sort of wasted on me. One probably shouldn't start one's traveling career with such an exotic locale LOL. I'm sure I didn't fully appreciate it.

Since then I've traveled to every continent except Australia. Fall in love with a place? Many!

If you like travel you should read some of my books, quite a few of which have foreign settings.

Hi Lisbet. Never been to Prague, heard lots about Croatia and love, love, love Thailand. And of course, there's nothing better than a new book.

Apology - typo on of all things, your name. Sorry, Lisabet. I just found the problem - the auto spell checker - somewhere to lay blame. Anyway, I'm off to Amazon LOL

Ooh sounds good! Thanks for sharing!

I am so pleased to see Harlequin have a greater presence in the world of ebooks. I remember loving them and passing them around with all my friends. It has been awhile, but I still find them fascinating. Skeik's Rule sounds fun. Used to especially enjoy the Sheik stories. I will look forward to reading it. Congratulations on the up coming release. Thank you. aka Becky

Thanks Becky and Colleen. Hope you enjoy my four sheiks.

I do love a story with a Sheik.

Looks like a fun read. It's been a while since I've read anything with a Sheik in it.