Writing at My Own Risk (#erotica #history #giveaway) 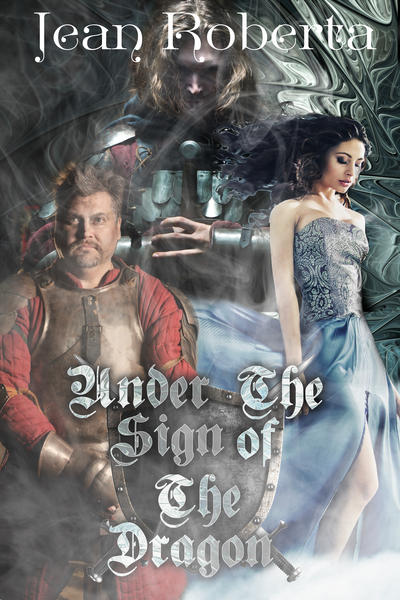 One thing I’ve learned about writing anything at all is that there is no safe subject.

When I was a teenager in the 1960s, living on the Canadian prairies, I wrote a funny story about independent sex organs that live in trees in a jungle in Africa, and have a friendly relationship with the local humans.

At the time, I had never heard of Giant West African Land Snails. I made their acquaintance in 1973 in London, England, when I met a Nigerian student who became my boyfriend, and later my husband. The feet of the snails look like vaginal lips, and they must be separated from the snail “meat” before it is boiled and eaten, much like the meat of shellfish. I thought I had made them up!

Why on earth did I show my story to my mother soon after I wrote it? She was horrified, probably for several reasons. I stopped writing about sex while living with my parents.

In my twenties, I wrote poems, and got several published in magazines. In my thirties, I wrote more fiction than poetry. In an effort to sound dignified, I wrote a story in the voice of a sixty-year-old prairie widow. It won a prize in a writing contest, and was locally-published in an anthology. I felt encouraged, but I wondered how authentic I would sound if I continued to write gently-nostalgic pieces told by narrators of my parents’ generation.

In my actual life, potential conflict greeted me wherever I went. As a divorced mother, I lived in a co-op for low-income single parents, where I had an elected position. My unpaid job required me to deal with stressed-out parents (mostly women), rambunctious children, leaky pipes, and threatening baby-daddies.

I also belonged to several feminist organizations, and I edited a lesbian newsletter that eventually exchanged copies with several more polished feminist and queer publications of the time. All this topical reading-matter gave me a front-row seat in the Feminist Sex Wars of the 1980s.

I found a one-woman publisher who published my collection of lesbian stories (not sexually explicit) between slick, deep-pink covers. It was positively reviewed in a few small lesbian-feminist journals.

Thus encouraged, I wrote a long fantasy story about an all-female community which is increasingly divided by cultural/ethical differences among the four quarters of the village. Vesta, my narrator (village midwife and elected governor of the farmers’ quarter), is desperate to prevent a civil war which would make the women's village vulnerable to the male-dominated tribe nearby.

The independent women, like Amazons of old, meet with the neighboring men every few months to trade for various needed things, including sperm for babies. The peace between villages is fragile. And Vesta’s sister-villagers can’t reach an agreement about whether violence is ever necessary.

I sent this story to my lesbian-feminist publisher, hoping she would recognize a core of contemporary reality in it. I also hoped she would like my characters as much as I did. She wrote back to tell me the story needed a lot of work because the narrator was "very weak."

Turning Vesta, my unglamorous but practical heroine, into a kick-ass cartoon character seemed impossible, even if I could be sure there was a waiting audience for a recycled version of Wonder Woman. To this day, that story has remained unpublished.

I wrote three stories, sent them off, and eventually got an actual letter in my mailbox saying that all three were accepted. Then the publisher went bust. Undiscouraged, I wrote about male-female lust, threesomes, and even male-male encounters. No one was actually reading my stories yet.

Naturally, I sent it by air-mail on a long journey to the editor, Alison Tyler, in California. Her first publisher went bust (adding to my suspicion that I was a jinx), but British publisher Diva Books offered to publish, and my story was accepted. I was thrilled when a paperback copy of Batteries Not Included arrived in my mailbox in 1999. I was between the covers with famous sex-writers!

Horror writer Anne Rice once advised other writers to write what appeals to them rather than what is expected to sell. This advice is encouraging for writers who dread outraged critics as well as the Inner Censor. Her own career shows how well this strategy can work; her first novel, a cautionary tale told by a vampire, appeared in the 1970s, when vampire fiction was associated only with (un)dead men of the Victorian Age. Instead of following a trend, Anne Rice created one.

Few living writers can claim as much, but every story worth reading has the potential to offend someone, and taking risks becomes easier with practice. Now that I’m sixty-five and have naturally silver hair, I’m no longer tempted to write gently-nostalgic meditations on a waning life.

In my version, young Igraine is married to the Duke of Cornwall, a man as old as her father. On her wedding night, King Uther Pendragon claims his right to deflower her. There is a catch: he must have her full consent because otherwise he will die, due to a witch’s curse. She can’t resist him, and he can’t stay away after one night. Neither of them wants to offend the Duke, but as Igraine reminds the King, the situation can’t be resolved peacefully.

Before armed hostility breaks out, the lovers find more delight than either of them expected:

Uther seemed determined to dispel my sorrow and my fears with ribaldry. “Igraine, if you are wise in the ways of men with men, would it please you to serve as my squire this night?” He grasped my arm above the elbow and squeezed gently, as though testing my muscles. He did the same to my other arm, and his expression provoked me to laugh through my tears. “A fine lad you are, Alan,” he said. “You shall make a worthy bedfellow.”

The man raised me until I sat upright. He embraced me from behind, and held my breasts in his two hands. “The bosom of a warrior,” he remarked, pinching my nipples, “in the fullness of time, of course.” He stretched one hand downward to the hair that covered my opening. “You lack something of a man, Alan, but no matter.”

“My lord,” I responded in the spirit of the game, “I regret falling short of your expectations.”

“Well, allow me to continue my inspection, and perhaps we will each find compensations in the other. Lie on your belly, lad.”

The bed rose before me, draped with a soft coverlet and pillows stuffed with goose down. Had I been alone, I would have locked the door, undone my laces, stripped off every stitch of my clothing, and lain down at ease.

“Igraine, my dear, you are no court lady, and for that I am grateful.” He turned me to face him, and wrapped his arms about me. He pressed his lips to mine, and I felt as if I could melt.

“Little white swan,” he said, laughing into my eyes. He held me by the waist, and raised me off the ground. “Your weight is like feathers, but you are no light wench.” He smiled at his own wit. I was relieved that he did not consider me a whore. He kissed my chin, and tipped it upwards so that he could leave a trial of hot kisses along my neck, and down to my bodice.

The King’s breathing increased until it sounded like wind in my ears, and my own kept pace with his. I felt lightheaded. I wrapped my arms round his back to hold myself steady, and this seemed to please him beyond words. “Lady, you would tempt a hermit in his cell.” The King’s voice seemed to stroke the skin under my clothes, and resonate in my very head.

I could feel myself trembling, and a certain tingling throughout my lower parts reminded me that my desire matched his, regardless of my intentions. He was more than the King of England. He was the man who had courted me in dreams so secret that I had never confided them to anyone.

Or win a complete collection of historical erotica by Jean Roberta, The Princess and the Outlaw: Tales of the Torrid Past (Lethe Press, 2014).

Here is a description:

“The women awaiting you in these pages might be fierce Amazons in ancient Greece, maidens and princesses of the medieval era, ingenues like Alice awaiting new and more sensual adventures beyond the rabbit hole, or outlaws and pirates. But each and every one is open to the delights and passions of flesh and fantasy.”

To win a PDF of this collection, answer this question:

In what year did women gain the right to vote in Great Britain, in Canada, or in the United States? 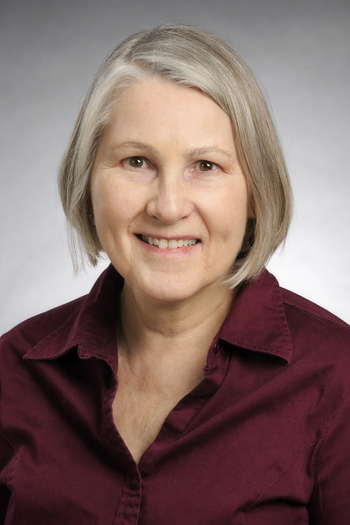 Jean Roberta lives on the Canadian prairies, where the vastness of land and sky encourage daydreaming. She has taught English in the local university for over 25 years, and now teaches creative writing there. Her diverse fiction (mostly erotic) has appeared in many print anthologies, an out-of-print novel, two out-of-print story collections, and two available collections: Obsession (Renaissance), The Princess and the Outlaw (Lethe Press) plus The Flight of the Black Swan: A Bawdy Novella (Lethe, also in audio). She coedited Heiresses of Russ 2015 (Lethe), an annual anthology of the year’s best lesbian speculative fiction. The opinion pieces she wrote for a monthly column, Sex Is All Metaphors (based on a line in a poem by Dylan Thomas), are available as an e-book by that title (www.eroticanthology.com).

She has been legally married to her long-term companera (Spanish-speaking seductress) since Halloween 2010.

Email ThisBlogThis!Share to TwitterShare to FacebookShare to Pinterest
Labels: author history, giveaway, historical erotica, King Arthur, lesbian fiction, politics, The Princess and the Outlaw, Under the Sign of the Dragon

I love the sounds of your book. I hope to read it.
debby236 at gmail dot com

Your journey never ceases to amaze me, Jean.

A fascinating blog. I regret I had never heard of you until now, but I will definitely look at your books. I am of a similar age, but a newcomer to writing erotica (3 years), so just a beginner really.

Thanks for your comments, all! Debby and Erin, I will send freebies to your email addresses. It's encouraging to know that several of you know when women got the vote in several countries! Juliette Banks, I can't find an email address for you. If you post it here, I can send you a copy of Under the Sign of the Dragon.