Putting Characters in Trouble, One Story at a Time (#conflict #genderfluid #fantasy)) 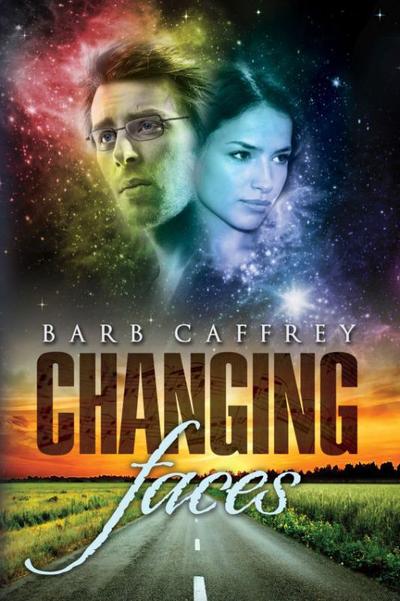 Why does this matter, and how does this relate to the above title? Well, as a writer, I like to think of what I do in this way. I put my characters into trouble, then I watch as they do their best to resolve it…often with new problems arising in the course of solving the first problem, of course.

Because that's how life works. And art must try to reconcile itself with the real world.

Let me give you an example.

In my new contemporary romantic fantasy novel Changing Faces, I put my characters Allen and Elaine through the emotional wringer. They are deeply in love, but Elaine's hiding a big secret from her fiancé; she is gender-fluid, and thinks she'd be better off in the body of a man. Granted, he does know that she's bisexual, but that's not the same thing at all as gender-fluidity, much less wanting to change outward sexes, and when he finds out, he is floored.

As most heterosexual men would be, no doubt.

Allen is a very good man, so he wants to help Elaine. He might not understand everything about her, but he wants to, and he's willing to try anything—absolutely anything—so she'll stay in his life.

How does that relate? Well, two angels hear him when he prays, and decide to grant his wish. But they do so in a way that is not expected, as Allen wakes up after a nasty car accident in the hospital in the wrong body. While Elaine, after the accident, is in a coma, talking to one of the two angels in the Place of Dreams and Nightmares.

Allen can't tell anyone who he is. And Elaine can't talk with Allen and try to apologize, much less talk with anyone except the one angel. They both blame themselves for the accident, and only Elaine knows why this happened, albeit after the fact. Allen battles all sorts of feelings that he never expected to have, while Elaine must confront her deepest terrors in order to win back to Allen and continue on with their lives—but definitely not in the same way as before.

You can see where I took the maxim "putting character in trouble, one story at a time" and used it with regards to Changing Faces, can't you? These two are in serious trouble. They love each other, and they want to be with one another, but they don't know how to do it. And the two quirky angels, in trying to help them, may have caused worse problems…at least in the short run.

I'd never seen anyone write a book like Changing Faces, which is why I had to write it myself. It has a heartfelt, honest romance to balance the exploration of what it takes for someone outside conventional societal norms to find a good love-relationship and keep it. There is some humor, there is a lot of music (as both Allen and Elaine are clarinetists), and there's a great deal of talk about faith, spirituality, and how to reconcile all of this with yourself.

Ultimately, as a writer, I hope that I lived up to the challenge of writing a good story that doesn't go completely the way you might expect. But as it's a romance, I think it's fair to say these two will find a happily ever after that suits them…even though they have just been put through the emotional wringer.

Changing Faces is on sale for a limited time for just ninety-nine cents (USD) and ninety-nine pence (UK). I do hope you'll check it out. And when you do, please come back and let me know what you think! (I love to hear from readers.)

Allen and Elaine are graduate students in Nebraska, and love each other very much. Their life should be idyllic, but Elaine's past includes rape, neglect, and abuse from those who should've loved her—but didn't, because from childhood, Elaine identified as transgender.

When Elaine tells Allen right before Christmas, he doesn't know what to do. He loves Elaine, loves her soul, has heard about transgender people before, but didn't think Elaine was one of them—she looks and acts like anyone else. Now, she wants to become a man and is going to leave.

He prays for divine intervention, and says he'll do anything, just please don't separate him from Elaine...and gets it.

Now, he's in Elaine's body. And she's in his. They'll get a second chance at love.

Why? Because once you find your soulmate, the universe will do almost anything to keep you together—even change your faces.

"I love you. No matter what you are, no matter how you present yourself. I want to be with you. I just don't know if I can handle you in a male body…you only told me about this tonight, so how can you expect me to acclimate like that?" As we stopped at a light, I snapped my fingers, even though inside my gloves, they couldn't make a sound.

Something about how she said that, though, made me nervous.

"I need time to figure myself out," she said, biting her lower lip in concentration.

"Maybe you should take me to a hotel."

I felt like shaking her. "You need counseling, and we both need rest. Why don't we go back home instead?"

"I can't be there right now. Not like this."

"Dammit, Elaine! I love you. Can't you see that? Why else would I be out on a night like this, if I didn't?"

"I love you, too, but this isn't going to work." The set of her jaw bothered me; she'd obviously made up her mind.

"It won't work only if you decide it won't," I told her, trying to keep the edge out of my voice. "Why won't you listen to me?" I snuck a peek at Elaine. The beauty of her oval face, her liquid brown eyes, her pointed, determined chin…how anyone that beautiful could want to become a man, I didn't know.

"Okay, then." But while I'd stopped talking, I hadn't stopped thinking. Why does Elaine want to become a man? Why? What have I done wrong, that she should want this? I must have done something wrong, something terrible, for her to want this… Inwardly, I prayed, hoping that God existed and would hear me despite my usual disbelief. Oh God, if you're listening . . .please don't take my beautiful Elaine away from me. I'll do anything, absolutely anything…

My reverie was broken when the car went into a skid. "Hang on!" I yelled, while I turned into the skid. That should've gotten us safely off the road, albeit into a ditch…but it didn't work.

Something that shouldn't have been there.

I tried to reach out to her, to reassure her, but I couldn't. My body just wouldn't respond.

Before I could worry about that, the world went black. 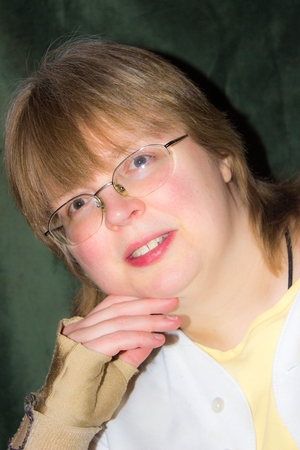 Thanks so much for being my guest, Barb. This sounds like a really original story. Hope it does well!