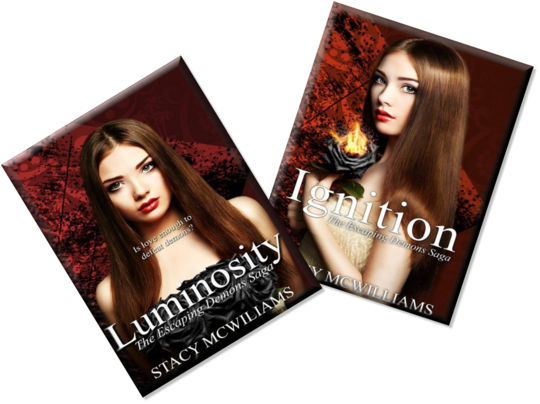 Jasmine Johnstone's life was relatively normal until she was forced to live with the Stevenson family. As she stayed she found she had no choice but to battle mythical creatures. Strengths she never knew she possessed began to surface, surprising those around her. Her only chance of surviving the rising tide of evil was Nathan Stevenson. Could she really trust him as he fought against his love for her? With the world against them and time running out, would their love be enough to defeat demons? (204 pages)

Life has never been easy for Jasmine Johnstone, but failing for Nathan Stevenson brings a whole new level of difficulty. Since she arrived at his home he's blown hot and cold with her, turned against her and revealed a deadly threat. He is sworn to kill her, and fights against his love for her more than ever, but he knows he can't live without her.

As they run from monsters, and each other, can their love survive?
Time begins to run out and with new friends and enemies in the strangest places, will they learn who to trust in time?
With their love stronger than ever, but forces pulling them apart, is love enough to keep them together or will Nathan's parents succeed in pulling them apart? (214 pages)

Candlelight
***This novella is the prequel to Luminosity****

Life was full of nothing but darkness for Nathan Stevenson until Jasmine appeared in his life. She brought his innermost desires to the surface. She burned her way through to his heart to become embedded in his soul. He knew she was dangerous but would she break down his wall as he dreamed of her touch and fought against the impulse to protect her? Would their love be enough to defeat his demons? Was he strong enough to resist her or would her light burn irrevocably? (95 pages) 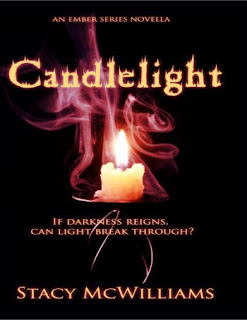 School passed in a blur and that night, I spent my time catching up on all the work I had missed. The following day, an opportunity presented itself to me and I couldn’t resist getting my message across to that fucker.

James walked a little ahead of me during class time. It looked as if he headed to the library. He didn’t notice me as I looped around the corridor and caught him before he entered, pushing him into a disused office. I slammed him full force up against the wall and put my arm over his throat. I allowed my hands to morph into claws, holding them at a vein in his throat as fury pulsed through me.

I froze him with my powers. I could feel his powers trying to find a way around mine. I brushed them aside, as though they were no more than a fly in my face. Demon power raced through me and I stood tall before spitting out, “I know what you did and I know what you are trying to do. You won’t succeed. For every single time you try, I will ruin something you care about. You are not getting away with this; I will make sure of it…”

I broke off and turned my hand back to normal before I punched him full force in the nose. I relished the sound of the bone breaking. He would heal it in seconds, though he wouldn’t be able to get rid of the blood from Demon sight. Strolling towards the door, I called over my shoulder,

“Mop yourself up, you disgusting piece of filth.”

Stacy McWilliams is the mum of two boys, a wife and a writer. She loves reading a variety of genres and enjoy a diverse range of movies.

She writes paranormal romance and loves to meet new people. 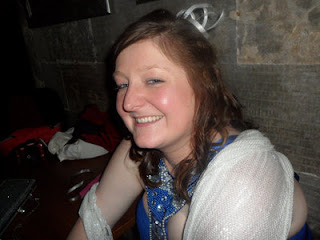 On behalf of myself and the author, thank you for hosting today