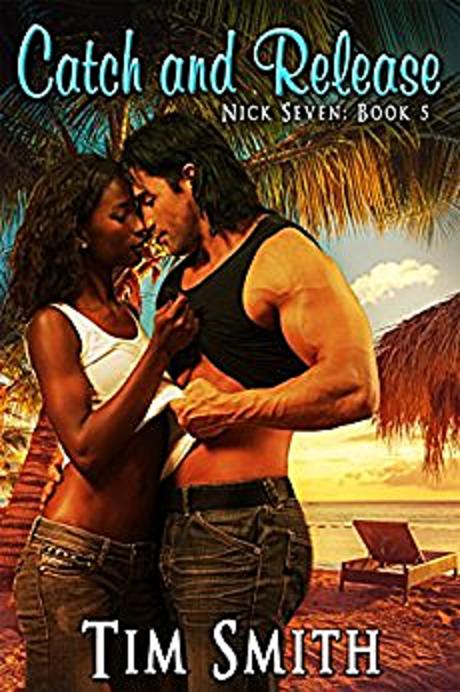 I’m pleased to announce the release of my newest romantic thriller, Catch and Release (Nick Seven: Book 5). All of the standard elements are here—exotic location with sun, sand and surf, action, witty interplay between the characters, a villain and plot straight out of Ian Fleming, and plenty of steamy sexual encounters.

Former CIA spies Nick Seven and Felicia Hagens decided to take a break from the Florida Keys to enjoy the white sands and cool waters of Virginia Beach. Their relaxation comes to an abrupt halt when Felicia recognizes the notorious Russian criminal named Festov. But Felicia killed Festov six years earlier in Amsterdam—or so she thought. This unexpected appearance reveals a terrifying conspiracy with global implications. Is it really Festov or someone made up to look like him? Can Felicia and Nick stop Festov and his partners before they hatch their deadly plan?”

I did something different with this one, which I hope readers will like. In the previous adventures, the catalyst was something from Nick’s shady past. Felicia has always been a part of it, helping him deal with whatever the trouble was, and each installment showed their relationship getting stronger. I decided that it was time for Felicia to have her own adventure. That’s right—this is her caper, and Nick provides back-up. It turns out that Felicia has a skeleton of her own rattling in her closet, one she’s never bothered to discuss before.

For those who haven’t followed the series, a little history. Felicia worked with Nick when they were both with the CIA. She’s originally from Barbados, a former Marine, and as kick-ass as any action hero. That was by design when I created the character. Nick needed a romantic interest, one to share his civilian adventures with, but I didn’t want someone who couldn’t match him in the tough department. Each story has given her some action to get involved in, but I felt that the time was right for her to take the lead. This being a romantic thriller, I needed to keep their relationship alive and well.

Felicia sat on the beach with Nick, her knees pulled near her torso and her arms resting on them while she stared at the night sky over the ocean. A few birds did a call-and-response with each other in the distance, countering the sounds of others occupying the beach. Sure is peaceful out here. She glanced over at Nick, who had stretched out on the blanket and crossed his feet at the ankles.

“What made you think of doin’ this?” she asked.

“You did, when you told me how much fun you used to have on the beach back home.”

She leaned over and kissed him. “You’re sweet.”

He sat up, retrieved two Piña Colada wine coolers from the ice bucket then handed one to her. She took a swallow and resumed looking at the horizon. The evening breeze had cooled the sultry temps of daytime, making it tolerable. She pointed at a small flashing light high in the sky.

“What do you think?” she asked. “Star or satellite?”

“The romantic in me wants to say star.” He placed his hand on her cheek to turn her face toward his. “Our very own star, just looking over us.”

Felicia pushed him onto his back and kissed him. She peered into his eyes and ran her fingers along his brow and cheek. “You aren’t really such a hard-ass as you like people to think. Did you know that?”

Nick played with a strand of her hair. “Don’t let it get around.”

“Afraid someone might find out what a pushover you really are?”

“Yeah, that’s me. Carbon steel on the outside, cotton candy inside.”

Felicia glanced at three young women who had staked their claim a dozen yards away, trying to be articulate between sips of wine and puffs on the joint they passed around. The rancid-sweet smell of Colombian gold drifted through the air. The longer the women toked, the more heated their discussion became. From what Felicia could hear, it was a spirited debate on the pros and cons of anal sex. The pros argued that it was great as long as you used enough lube, while the one con held firm that afterwards she couldn’t sit comfortably for a week. This was followed by more toking and uncontrolled giggling.

“The things people argue about when they’re stoned.”

Nick sat up, opened a can of Sterno then lit it. He set it on the sand in front of them then handed Felicia a stick impaling two marshmallows. He held his over the flame and slowly rotated it.

“Didn’t you ever go camping?”

“Only when I was on active duty. Surprised you didn’t bring C-rations to eat.”

“Be careful what you wish for. Next time, I might.”

He took one toasted marshmallow from the stick and fed it to her.

Nick ate the marshmallow she fed him then took a drink. “What’s a Barbados beach party like?”

Felicia took a drink before answering. “Everybody brought somethin’ homemade and we’d have a big bonfire with a pot of crabs cookin’.” She grinned at the memory. “My uncle would get juiced and pour in a bottle of homemade rum for flavoring.”

“Not really, but the crabs enjoyed it.”

Nick laughed. “Guess that took the sting out of being boiled alive. What else happened?”

“After ev’ryone got their fill of crabs and fried plantains, and they passed around the jugs of wine, somebody would play music and people danced.” She leaned in close and lowered her voice. “Don’t tell anyone, but some of us would sneak off to go skinny dippin’.”

“So that’s where you learned not to wear clothes at the beach.”

She squeezed his knee. “Don’t knock it till you’ve tried it.”

“What makes you think I haven’t?”

Her eyebrows arched. “When?”

He took a drink. “Jamaica, when I was on an assignment. I had to visit a clothing optional beach.”

“I can’t wait to hear this one. Why would you hit a nude beach while you were workin’ a case?”

“Because the person I was following went there.” He looked into her eyes. “I had to blend in, you know.”

Felicia laughed. “Did you take your gun with you?”

She had a thought and gave him an amused look. “Was the subject of your assignment a man or a woman?”

Nick looked at her for a moment. “A woman. She was the girlfriend of a smuggler we were after and I was assigned to follow her until she made contact. Didn’t know where it would take me.”

She raked her fingers along his cheek. “Did your tail job divulge anythin’ vital?”

“I found out that she was a natural redhead with a sunburst tat on her ass.”

“How did that help your investigation?”

“It didn’t, but I found it very interesting.”

He set his bottle aside then pulled Felicia onto her back next to him. They gazed at the clear, starlit sky, blotting out everything else around them.

“Star light, star bright, first star I see tonight,” Felicia softly recited. “I wish I may, I wish I might…”

Her voice trailed off as prior thoughts flooded her head, the good memories fighting the unpleasant ones that had made a return visit after lying dormant.

“Why didn’t you finish?” Nick asked.

She peered into his eyes. “Don’t need to.”

If you’re in the mood for a breezy fast-paced adventure that will satisfy without making you think too hard, check out “Catch and Release.” I think you’ll enjoy the trip. 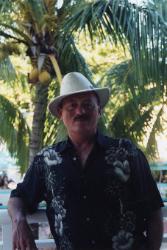 Lisabet, thanks for having me as your guest today. Your blog is the best!