To celebrate, I've got one of the few snogs in this book. (It is definitely not a romance!)

After you've finished my snog, get yourself over to Victoria's and read the other kisses up on offer today! 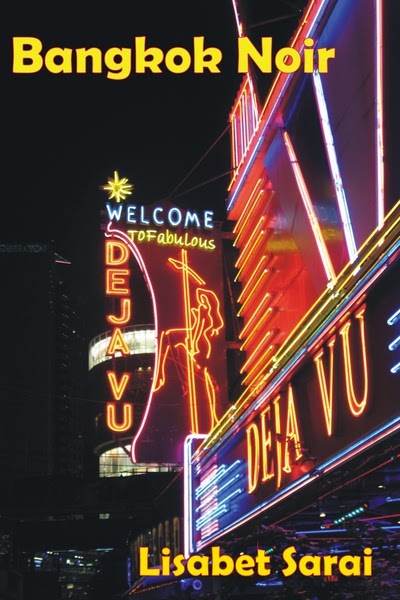 I headed toward the bar to get a Coke. My throat was tight and dry. Then I felt a hand on my arm. It was him. His skin was so cool, it made me shiver.

"Can I buy you a drink?" he asked. His voice was kind, and made me think of music. Still, I felt something like terror. He stared at me without blinking. Now it was me who had to look away.

Ajarn was on the other side of the room, watching us. I couldn't refuse.

"Thank you, sir. Just a moment. I go get a Coke, come back right away."

"Let me go with you," he said smoothly. He took my arm and walked me to the bar. After we got our drinks, he guided me to a table in the corner.

His smile made me feel like I had eaten a meal of live butterflies. "Same to you. What's your name?"

"My name Nok. What your name?"

I nodded. He brushed my long hair off my shoulders and down my back. Then he took my chin in his hand. He raised my eyes to meet his again. I felt like I was captured. Trapped.

"Very appropriate. You're as delicate and airy as a sparrow." I thought of those caged birds they sell at the temples. You set the birds free to make merit, but they always return to their masters.

Without warning, he kissed me. His lips were as soft as his voice, at least at first. I thought I should stop him, though. I tried to pull away. His right hand held my mouth against his. His left arm wrapped around my waist. I couldn't move.

So I gave up. I let him slide his tongue into my mouth and suck the breath from me. The funny thing was, as soon as I gave in to him, I began to like it.

He smelled like soap and expensive cologne. He tasted like his whiskey. I could feel that he was strong, much stronger than he looked, with his slim body and fancy clothes.

He kissed me harder, biting my lip. I felt like I was melting. He let go of my chin and played with my breasts through the stretchy mesh. My sex was on fire against the hot, sticky leather.

Suddenly, he pinched one of my nipples, digging in his fingernails. His mouth smothered my cry of surprise and pain. After the pain, though, I felt amazing pleasure, shooting up my spine like lightning.

"You like that, Nok." My English is only so-so, but I could tell he wasn't asking a question. He was telling me. And he was right.

I was terribly embarrassed. I wanted him to do it again.

He bent me backwards. My hair nearly brushed the floor. He put his mouth on the other nipple and sucked. I felt like his mouth was between my legs, sucking me there. It was heaven. I reached up, wanting to stroke him, but he pushed my hands away.

Then, when I was not expecting it, he sank his teeth into my flesh.

Everything went dark for an instant. Then pain exploded in me, brilliant as the sun. I was burning up, but I wanted to burn.

Congrats on getting this one a new home. As I told you, I've read it. Not my typical romance, but I think I got it on a deal way back when. It was well-written, though not my "cuppa". You do very interesting studies of the insides of the heads of your characters. I respect that in an author.