In a recent interview promoting his new movie, a romantic comedy called “The F Word” (*See below), Daniel Radcliffe of Harry Potter fame was asked if he thought the rom-com genre was dead or dying. He responded with this:

“Like everything now, there’s a lot of crap out there…And it’s always the same problem: People forget about characters. People forget that whatever you do or say in a script doesn’t matter if people don’t care about the character involved…without creating characters that people care about, they’re not going to be interested and it doesn’t count for anything.”

Coming up with characters readers will care about is one of the most fun, and challenging, things about writing. I want to create characters who engage with readers, who leap off the page make readers love them.

So how do I do that?

I’ve learned a lot about character building by reading other author’s books. I loved Lisa Kleypas’ strong heroines in her Travis family series. Ella Varner in Smooth Talking Stranger drops everything to look after her sister’s new born son, even though she knows nothing about babies, and is sure she doesn’t want children of her own. At first she’s just trying to find her nephew’s father and make him do the right thing, but she gradually falls in love with the two men who have wormed their way into her life, her nephew Luke and Jack Travis. I loved seeing Ella overcome a hellish childhood and grow into the woman she never thought she could be. I cheered for her all the way.

Another author whose characters I love is Mary Balogh. In Slightly Dangerous, everyone believes Wulfric Bedwyn, the Duke of Bewcastle is haughty and cold-hearted, a man with ice in his veins and around his heart. But in the skillful hands of Ms. Balogh, we discover a man who uses disdain to keep people at arm’s length to protect himself from being hurt. After being rejected as a young man by the woman he thought he was in love with, Wulfric believes love isn’t for him. But when Christine Derrick crashes into his life, she challenges everything he previously believed a well-brought up lady should be. Christine was not what he thought he wanted in a duchess but everything he needed. I loved seeing Wulfric loosen up and fall in love, and despite his extreme reserve, I loved him because I understood where that reserve came from.

Before I write a paragraph of a new book, I do a lot of character analysis. I fill out character sketches to try to figure out who these people are. Along with the physical descriptions, I devise a backstory for each character. I ask questions about their parents and siblings, about the kind of relationships they’ve had with the opposite sex, and about their greatest fears, and greatest desires. From these questions, characters begin to emerge. But I always find that my characters don’t take full shape until I start actually writing their story.

Novels are built around struggle between characters. To get that conflict humming from the very beginning of the book, I like to create characters with a built-in clash between them. For instance, in my contemporary romance A Long Way From Eden, I matched Zane Martin, a man who grew up not knowing who his father was, with Meg Evans, a woman who was forced into an abusive marriage by an unplanned teenage pregnancy. So when his daughter becomes pregnant with Meg’s son’s baby, Zane insists the two young people marry. But Meg will have none of it. She doesn’t want either of their children forced into a unwanted, loveless marriage. They are in opposition from the opening of the book, but as they learn where the other is coming from, understanding gradually turns to love. My hope is that Meg and Zane are characters that readers can really care about and root for.

Characters make a novel sing. Without strong and interesting characters, a novel will simply fall flat on its face. Like Daniel Radcliffe said, it all counts for nothing if readers don’t care what happens to its characters. So I’ll keep working hard to make my characters as interesting, funny, and complex as I can make them.

What makes a character likable for you? Who are your favorite literary characters?

*Incidentally, this movie is titled “What If” in the United States. Apparently the Motion Picture Association of America didn’t like the original title because of the possible double meaning (in this movie the F stands for friend). However, since the film was titled “The F Word” when it premiered at the Toronto International Film Festival in 2013, that title was retained for Canadian audiences. And we’re okay with that!

A Long Way from Eden by Jana Richards 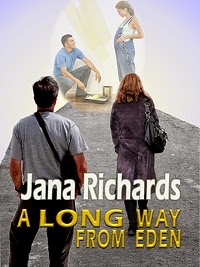 Zane Martin's teenage daughter is pregnant. Meg Evan's son is the baby's father. Because Zane grew up not knowing who his father was, he'll be damned if he'll let his grandchild live with that shame. Meg was forced into an abusive marriage because of an unplanned pregnancy, so she knows that love is the only good reason to marry. Neither Meg nor Zane expects or welcomes the attraction that sparks between them. As they await the impending birth of their grandchild, old wounds open and long hidden family secrets come to light. The young couple build a newer, stronger relationship, while Meg and Zane reach for a love passionate enough to overcome the past--if they're strong enough to trust it...and each other.

It was the last thing she'd expected him to say. Her head jerked up in surprise.

He took a couple of steps toward her, stopping just short of touching her. "For pushing myself on you and scaring you. I behaved badly and I'm sorry."

He meant it. Meg was touched that he would take responsibility for what she'd done, but she couldn't let him think it was his fault. "No, Zane. You didn't do anything wrong. It was my fault and I'm the one who's sorry. I shouldn't have gone out to dinner with you."

She put up her hand to stop him when he would have touched her. "You didn't push yourself on me. I wanted you to kiss me. But then when things got too intense, I couldn't handle it." She looked into his eyes, afraid she'd see pity or contempt, and was surprised when all she saw was concern.

She shook her head. "I'm sorry Zane. I don't know if I could ever manage another relationship." She swallowed hard, determined to tell him the truth. "It's not fair to let you go on thinking there could ever be anything between us."
His expression registered a flash of sadness before he carefully wiped all traces of emotion from his face. Meg hated that she caused him pain.

"I see," he said. "Is that what you really want, for me to walk away and leave you alone?"

He watched her intently, like he did the night he took her to dinner. She couldn't look away from his gaze. The look in his eyes challenged her to tell the truth. She fought against it, forcing herself to look away.

"I don't believe you. If you can look me in the eye right now and tell me you really want me to leave, I won't bother you again." He briefly touched her face with the tip of his finger. "You'll never have to talk to me, or play piano for me or dance with me ever again. Is that what you really want?"

She tried to say it was, tried to make the words come out, but they refused. "No, that's not what I really want," she whispered.

Zane stepped closer, placing one hand on her shoulder while the other stroked her hair. "What do you really want, Meg?" he whispered, his voice a caress.

"I'm afraid to want anything," she said truthfully, her gaze locked with his. Her body trembled under his touch. "At least that way I can't be hurt."

She shook her head, and to her embarrassment felt tears pooling in her eyes. Why did he have to make her feel so much?

Something changed in his face, and he dropped his hands. He averted his gaze for a moment and when he turned back to her, she saw the determination there.
"I don't scare easily, Meg. When you're ready to tell me your secrets, I'll be here."

He turned and went back into the restaurant, leaving her staring at the closed door, her hands shaking. A part of her wanted to trust him, to believe that he would understand what she'd done. She was tired of the lies and secrets. But the part of her that had spent the last seventeen years in hiding recoiled at the idea of trusting another man, even Zane. 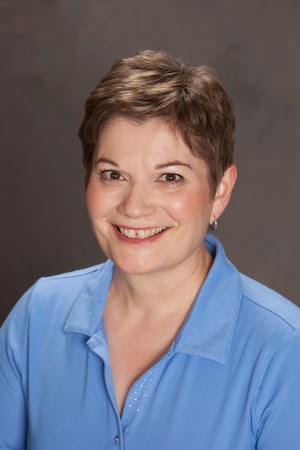 When Jana Richards read her first romance novel, she immediately knew two things: she had to commit the stories running through her head to paper, and they had to end with a happily ever after. She also knew she’d found what she was meant to do. Since then she’s never met a romance genre she didn’t like. She writes contemporary romance, romantic suspense, and historical romance set in World War Two, in lengths ranging from short story to full length novel. Just for fun, she throws in generous helpings of humor, and the occasional dash of the paranormal. Her paranormal romantic suspense “Seeing Things” was a 2008 EPPIE finalist.

In her life away from writing, Jana is an accountant/admin assistant, a mother to two grown daughters, and a wife to her husband Warren. She enjoys golf, yoga, movies, concerts, travel and reading, not necessarily in that order. She and her husband live in Winnipeg, Canada with their Pug/Terrier cross Lou and several unnamed goldfish. She loves to hear from readers and can be reached through her website at www.janarichards.com

Thank you so much for having me on your blog today, Lisabet!

I completely agree with you! Characters need to be three-dimensional so that the reader can grab onto them and fall in love with them. I love the characters created by Lynn Kurland, as well.

I agree, characters are the heart and soul of a story. If your readers don't empathize, they will lose interest.