Those of you who've been following my blogs for a while will know that I'm a bit of a Luddite. I've extremely skeptical about many high tech phenomena. I don't have a Facebook or a Twitter account. I don't trust my files to the Cloud. And until last Friday, I didn't own a smartphone. I didn't want to carry around something worth half a month's salary, especially if it's too big to fit in my pocket. And I didn't want to waste a lot of time trying to figure out how to make a smartphone do what I wanted.

I have a jaundiced view of the modern obsession with mobile devices. When I travel on the subway and see perhaps eight out of ten passengers with their eyes glued to their phones or tablets, oblivious to the world and the people around them, I just shake my head. Get a life! I think.

Paradoxically, though, I make my living dealing with computer technology. In particular, I develop software, including software for mobile devices. And last week I finally realized that I couldn't get along any more without an Android phone for testing that software.

Ah, the anguish! I was determined not to spend more than $100. At the same time, I needed a phone with some fundamental capabilities, most notably 3G and GPS. I spent a rather frustrating afternoon shopping but finally found a model that seemed to fit all my requirements, the Asus Zenfone 4. I've had good experiences with Asus computers in the past, and the reviews were all positive. For about ninety bucks, I got a small but solid device with front and rear cameras, two SIMs, GPS, pretty much everything I needed. Of course I also had to buy a screen protector and a case - and sign up for a pre-paid account with one of the local phone/3G providers... Still, the bargain hunter in me feels as though I've gotten a good value.

Anyway, I told myself that this phone was for work, not fun. Nevertheless, I find that I'm ridiculously excited over my new acquisition. I've already logged on Google Play and downloaded half a dozen apps including (I'm embarrassed to admit) Fruit Ninja. I'm contemplating using the device to Skype with my family back in the U.S. I've spent at least a couple of hours trying to figure out how to use the darn thing. (Just because I'm a techie doesn't mean I find that sort of thing transparent.)

Alas, despite my best intentions, I seem to have smartphone fever, just like everyone else on the planet! And I thought I was immune. Sigh!

I'm still not switching away from my classic Nokia "feature phone". Not yet, at least. But I see the handwriting on the wall. I'm afraid I'm hooked.

By the way - speaking of technology - if you're an author who is tech-challenged, have you read my how-to book Naughty Bits yet? You can download it here - and it's completely free!

Unlike my 3G bill! 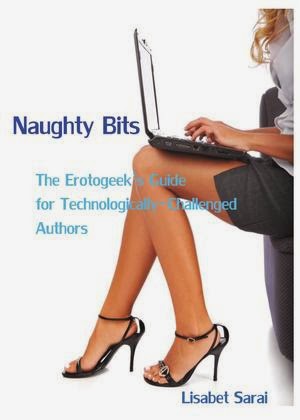